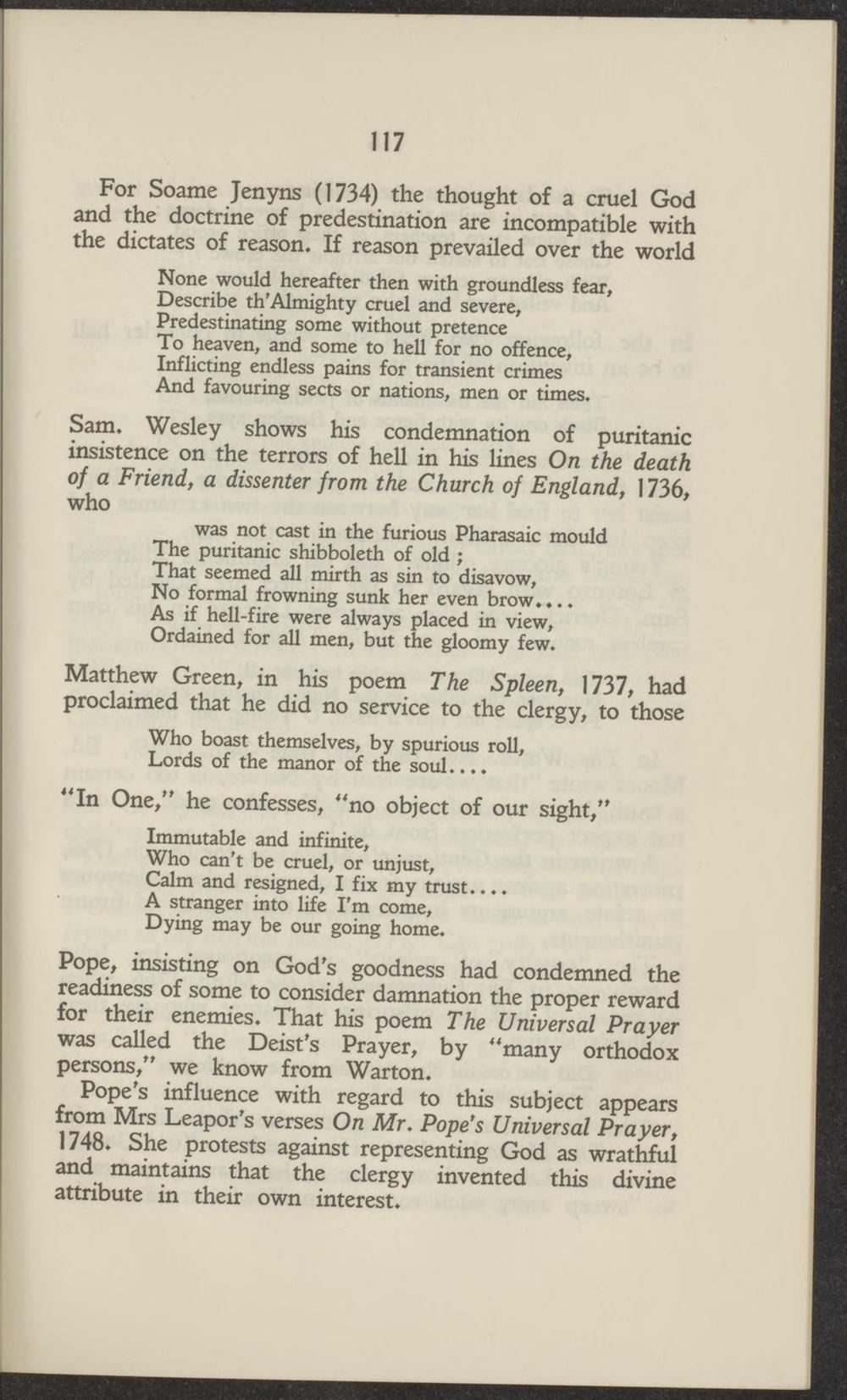 For Soame Jenyns (1734) the thought of a cruel God and the doctrine of predestuiation are incompatible with the dictates of reason. If reason prevailed over the world

None would hereafter then with groundless fear, Describe to'Almighty cruel and severe, Predestinating some without pretence To heaven, and some to heil for no offence, w£hcüag endless pains for transient crimes And favouring sects or nations, men or times.

Sam. Wesley shows his condemnation of puritanic insistence on the terrors of heil in his lines On the death of a Friend, a dissenter from the Church of England, 1736. who '

was not cast in the furious Pharasaic mould The puritanic shibboleth of old ; That seemed all mirth as sin to disavow, No for mal frowning sunk her even brow.... As if hell-fire were always placed in view, Ordained for all men, but the gloomy few.

Matthew Green, in his poem The Spleen, 1737, had proclaimed that he did no service to the clergy, to those

Who boast themselves, by spurious roll, Lords of the manor of the soul....

Who can't be cruel, or unjust,

Calm and resigned, I fix my trust....

A stranger into life I'm come,

Dying may be our going home.

Pope, insisting on God's goodness had condemned the readiness of some to consider damnation the proper reward for their enemies. That his poem The Universal Prayer was called the Deist's Prayer, by "many orthodox persons," we know from Warton.

Pope's mfluence with regard to this subject appears T7!i ^ LeaP°r's ve«es On Mr. Pope's Universal Prayer, I/4Ö. bhe protests against representing God as wrathful and maintains that the clergy invented this divine attnbute m their own interest.