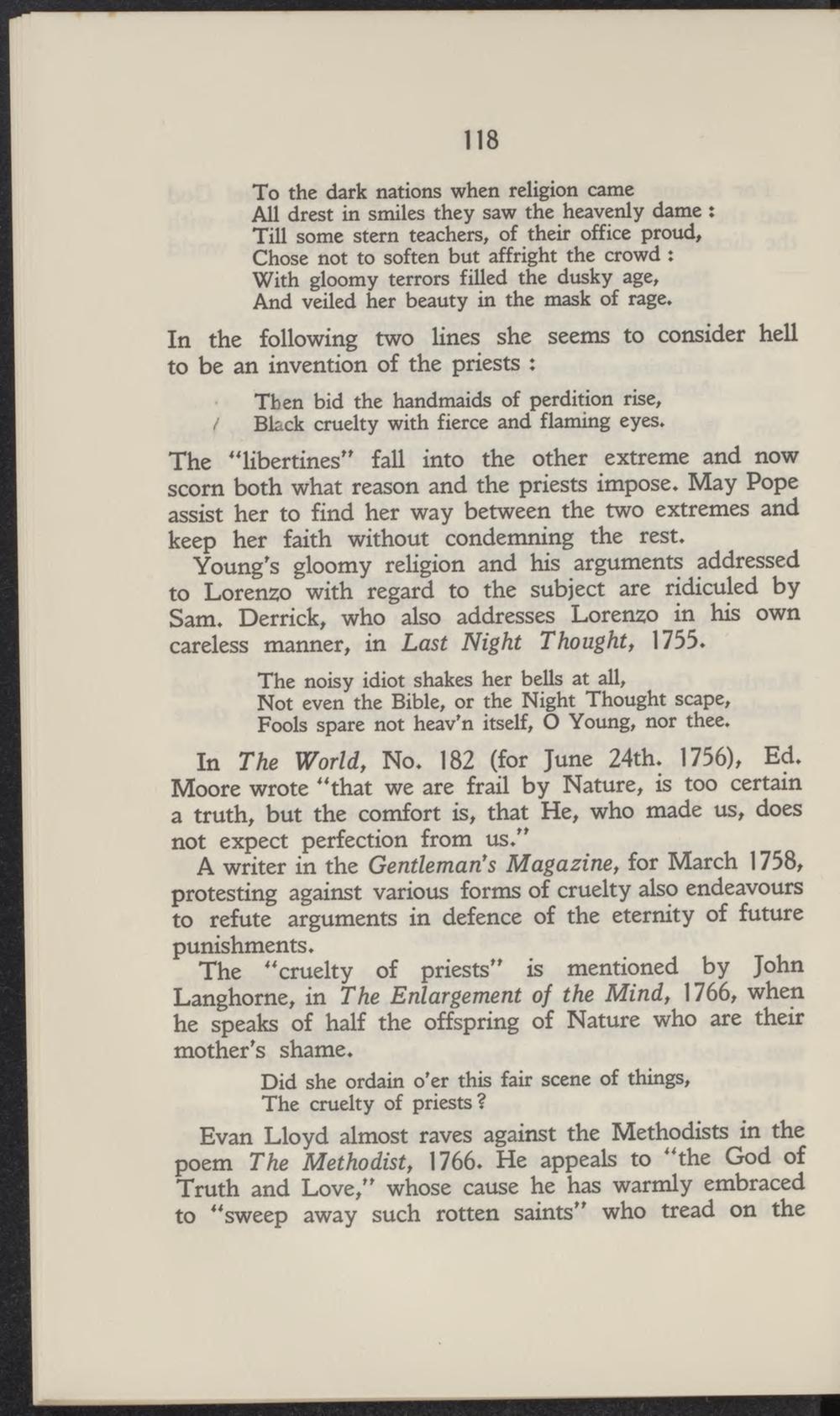 To the dark nations when rehgion came All drest in smiles they saw the heavenly dame : Till some stern teachers, of their office proud, Chose not to soften but affright the crowd : With gloomy terrors füled the dusky age, And veiled her beauty in the mask of rage.

In the following two lines she seems to consider heil to be an invention of the priests :

Then bid the handmaids of perdition rise, / Black cruelty with fierce and flaming eyes.

The "hbertines" fall into the other extreme and now scorn both what reason and the priests impose. May Pope assist her to find her way between the two extremes and keep her faith without condemning the rest.

Young's gloomy rehgion and his arguments addressed to Lorenzo with regard to the subject are richculed by Sam. Derrick, who also addresses Lorenzo in his own careless manner, in Last Night Thought, 1755.

The noisy idiot shakes her bells at all,

Not even the Bible, or the Night Thought scape,

Fools spare not heav'n itself, O Young, nor thee.

A writer in the Gentleman's Magazine, for March 1758, protesting against various forms of cruelty also endeavours to refute arguments in defence of the eternity of future punishments.

The "cruelty of priests" is mentioned by John Langhorne, in The Enlargement of the Mind, 1766, when he speaks of half the offspring of Nature who are their mother's shame.

Did she ordain o'er this fair scène of things, The cruelty of priests?

Evan Lloyd almost raves against the Methodists in the poem The Methodist, 1766. He appeals to "the God of Truth and Love," whose cause he has warmly embraced to "sweep away such rotten saints" who tread on the