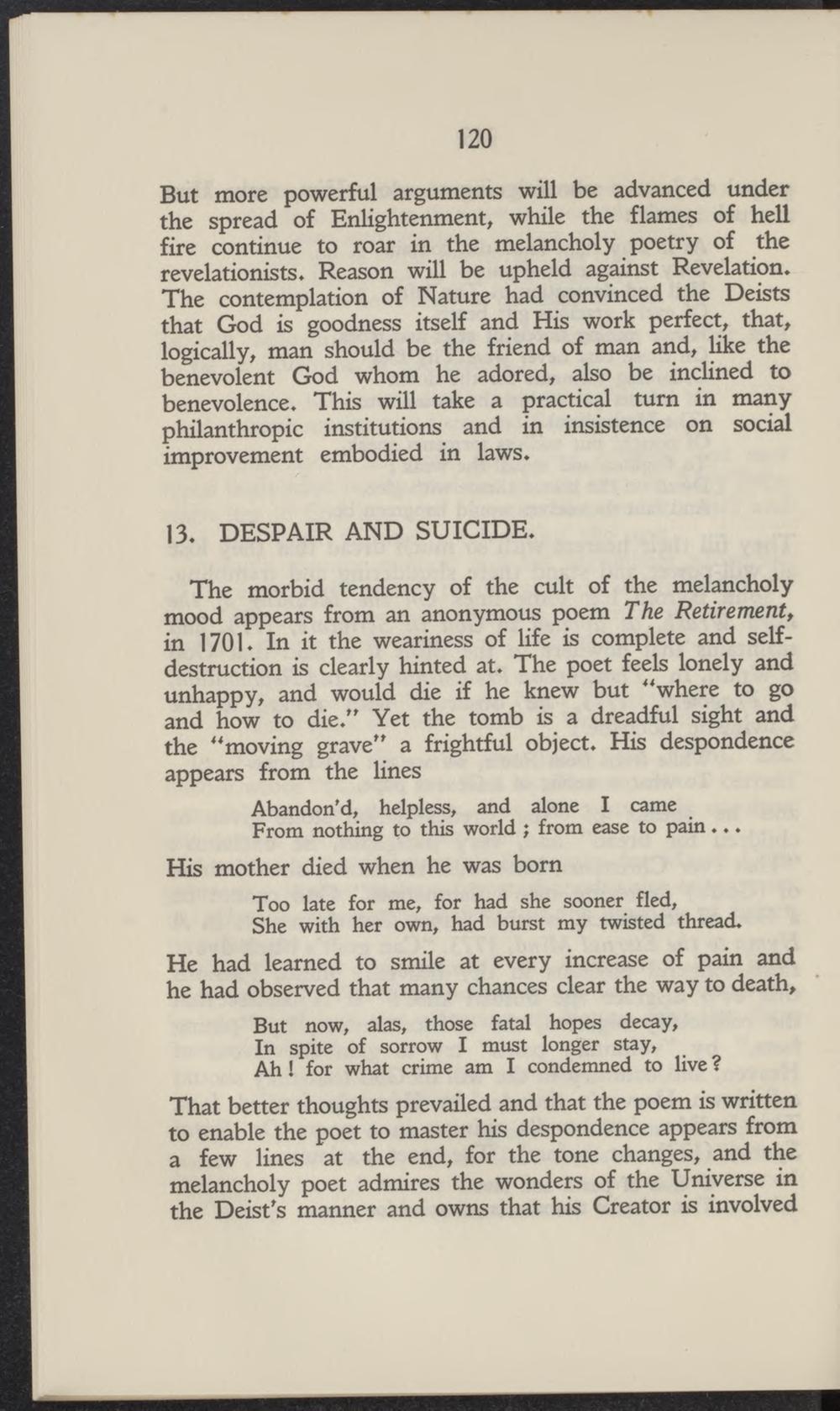 But more powerful arguments will be advanced under the spread of Enhghtenment, while the flames of heil fire continue to roar in the melancholy poetry of the revektionists. Reason will be upheld against Revelation. The contemplation of Nature had convïnced the Deists that God is goodness itself and His work perfect, that, logically, man should be the friend of man and, like the benevolent God whom he adored, also be mclined to benevolence. This will take a practical turn in many philanthropic institutions and in insistence on social improvement embodied in laws*

The morbid tendency of the cult of the melancholy mood appears from an anonymous poem The Retirement, in 1701. In it the weariness of hfe is complete and selfdestruction is clearly hinted at. The poet feels lonely and unhappy, and would die if he knew but "where to go and how to die." Yet the tomb is a dreadful sight and the "moving grave" a frightful object. His despondence appears from the lines

Abandon'd, helpless, and alone I came From nothing to this world ; from ease to pain...

His mother died when he was born

Too late for me, for had she sooner fled,

She with her own, had burst my twisted thread.

He had learned to smile at every increase of pain and he had observed that many chances clear the way to death,

In spite of sorrow I must longer stay,

Ah I for what crime am I condemned to Uve ?

That better thoughts prevaüed and that the poem is written to enable the poet to master his despondence appears from a few lines at the end, for the tone changes, and the melancholy poet admires the wonders of the Uniyerse in the Deist's manner and owns that his Creator is involved