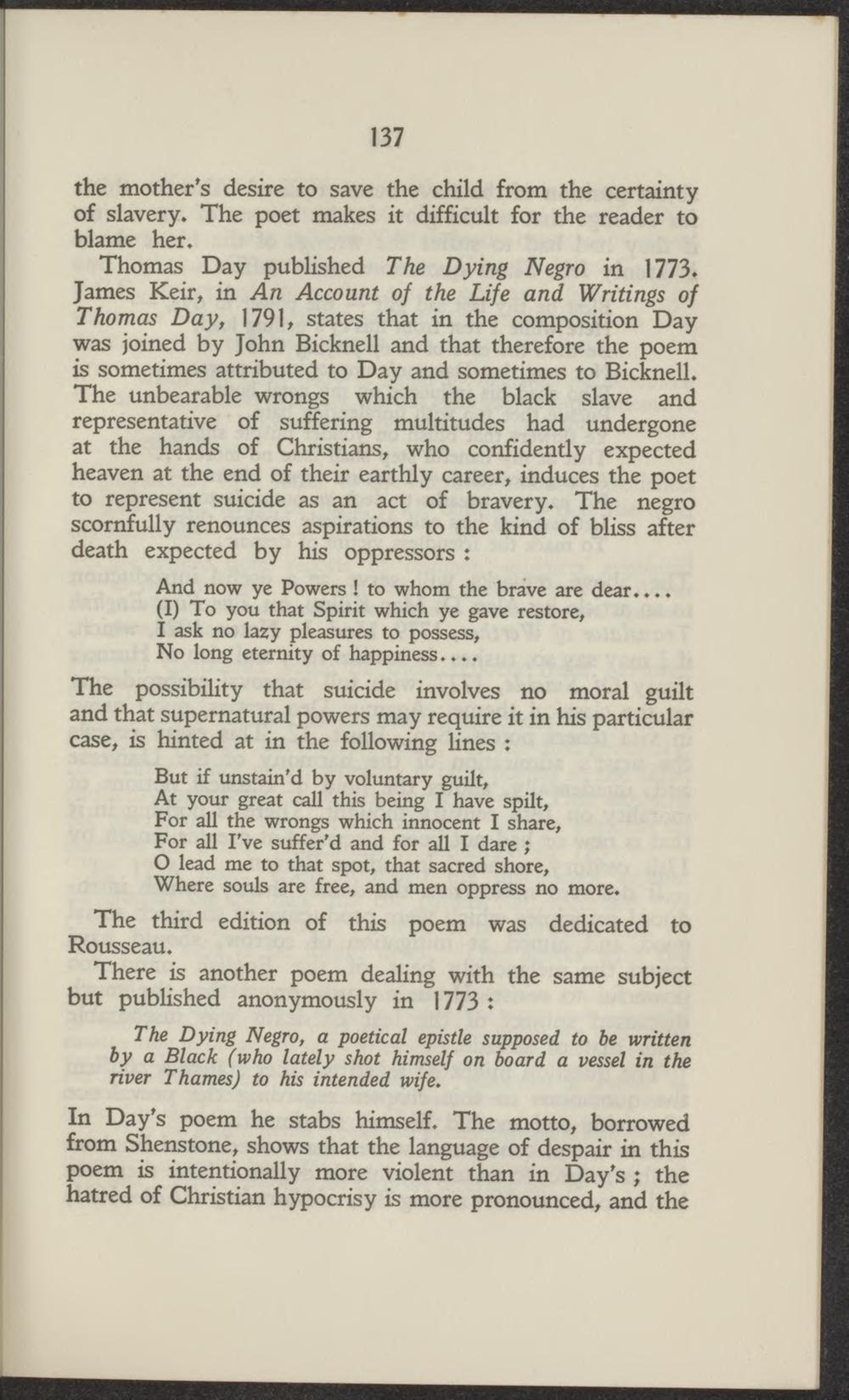 the mother's desire to save the child from the certainty of slavery. The poet makes it difficult for the reader to blame her.

Thomas Day published The Dying Negro in 1773. James Keir, in An Account of the Life and Writings of Thomas Day, 1791, states that in the composition Day was joined by John Bicknell and that therefore the poem is sometimes attributed to Day and sometimes to Bicknell. The unbearable wrongs which the black slave and representative of suffering multitudes had undergone at the hands of Christians, who confidendy expected heaven at the end of their earthly career, induces the poet to represent suicide as an act of bravery. The negro scornfully renounces aspirations to the kind of bliss after death expected by his oppressors :

And now yc Powers ! to whom the brave are dear.... (I) To you that Spirit which ye gave restore, I ask no lazy pleasures to possess, No long eternity of happiness....

The pc«sibihty that suicide involves no moral guilt and that supernatural powers may require it in his particular case, is hinted at in the following lines :

But if unstain'd by voluntary guilt,

At your great call this being I have spilt,

For all I've suffer'd and for all I dare;

O lead me to that spot, that sacred shore,

Where souls are free, and men oppress no more.

The third edition of this poem was dedicated to Rousseau.

There is another poem dealing with the same subject but published anonymously in 1773 :

The Dying Negro, a poetical epistle supposed to be written by a Black (who lately shot himself on board a vessel in the river Thames) to his intended wife.

In Day's poem he stabs himself. The motto, borrowed from Shenstone, shows that the language of despair in this poem is intentionally more violent than in Day's; the hatred of Christian hypocrisy is more pronounced, and the