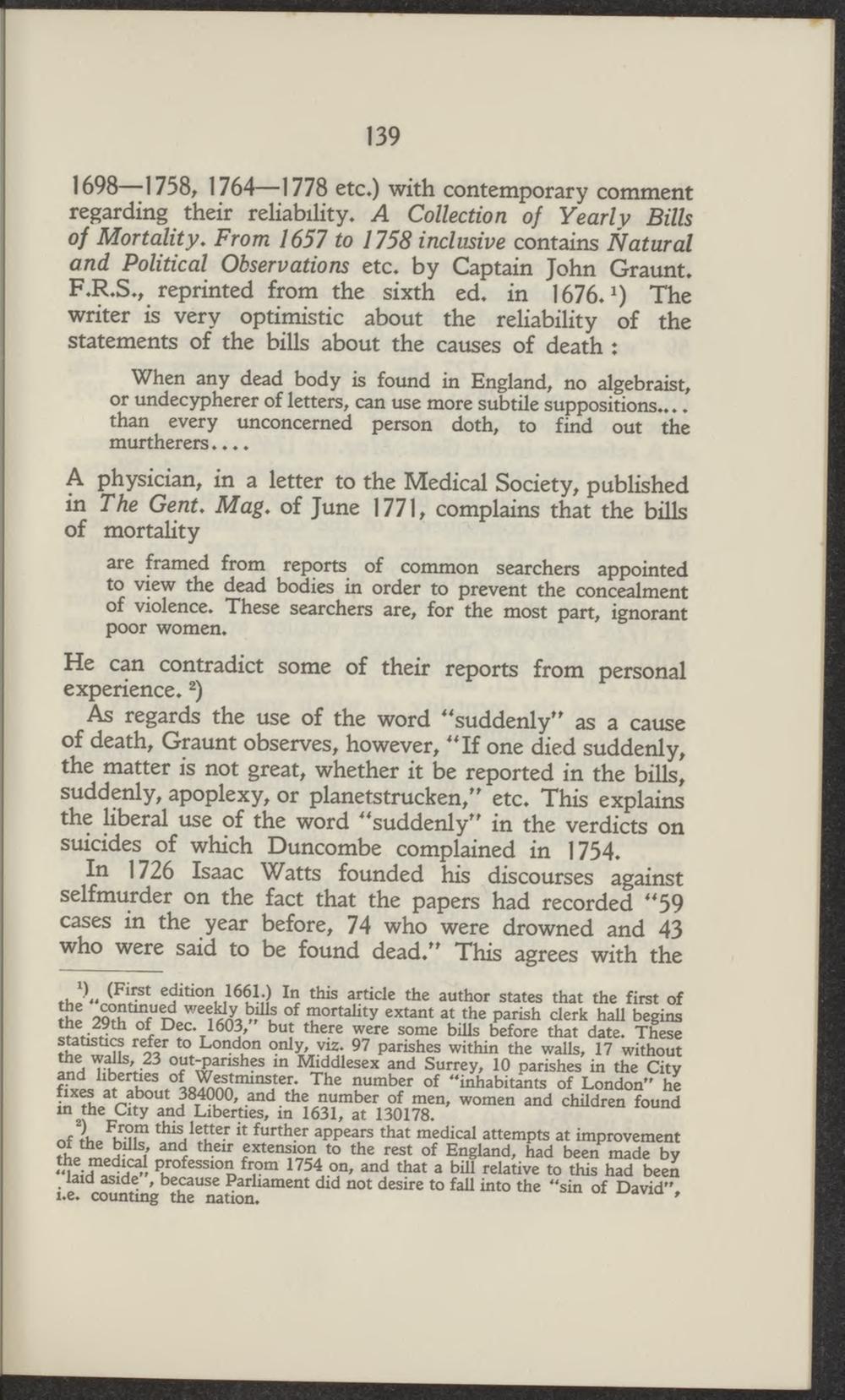 1698—1758, 1764—1778 etc.) with contemporary comment regarding their reliabihty. A Collection of Yearly Bills of Mortality. From 1657 to 1758 inclwive contains Natural and Political Observations etc. by Captain John Graunt* F.R.S., reprinted from the sixth ed. in 1676. *) The writer is very optimistic about the reliabihty of the statements of the bills about the causes of death:

When any dead body is found in England, no algebraist, or undecypherer of letters, can use more subtile suppositions.... than every unconcerned person doth, to find out the murtherers....

A physician, in a letter to the Medical Society, published in The Gent. Mag. of June 1771, complains that the bills of mortahty

are framed from reports of common searchers appointed to view the dead bodies in order to prevent the concealment of violence. These searchers are, for the most part, ignorant poor women.

He can contradict some of their reports from personal experience. *)

In 1726 Isaac Watts founded his discourses against selfmurder on the fact that the papers had recorded "59 cases in the year before, 74 who were drowned and 43 who were said to be found dead." This agrees with the

rf tL^u™ tusale^ k furth?r appears that medical attempts at improvement ot the bills, and their extension to the rest of England, had been made bv §1;? }a^> Pfofession from 1754 on, and that a bill relative to this had been laid aside , because Parhament did not desire to fall into the "sin of David" i.e. counting the nation. '