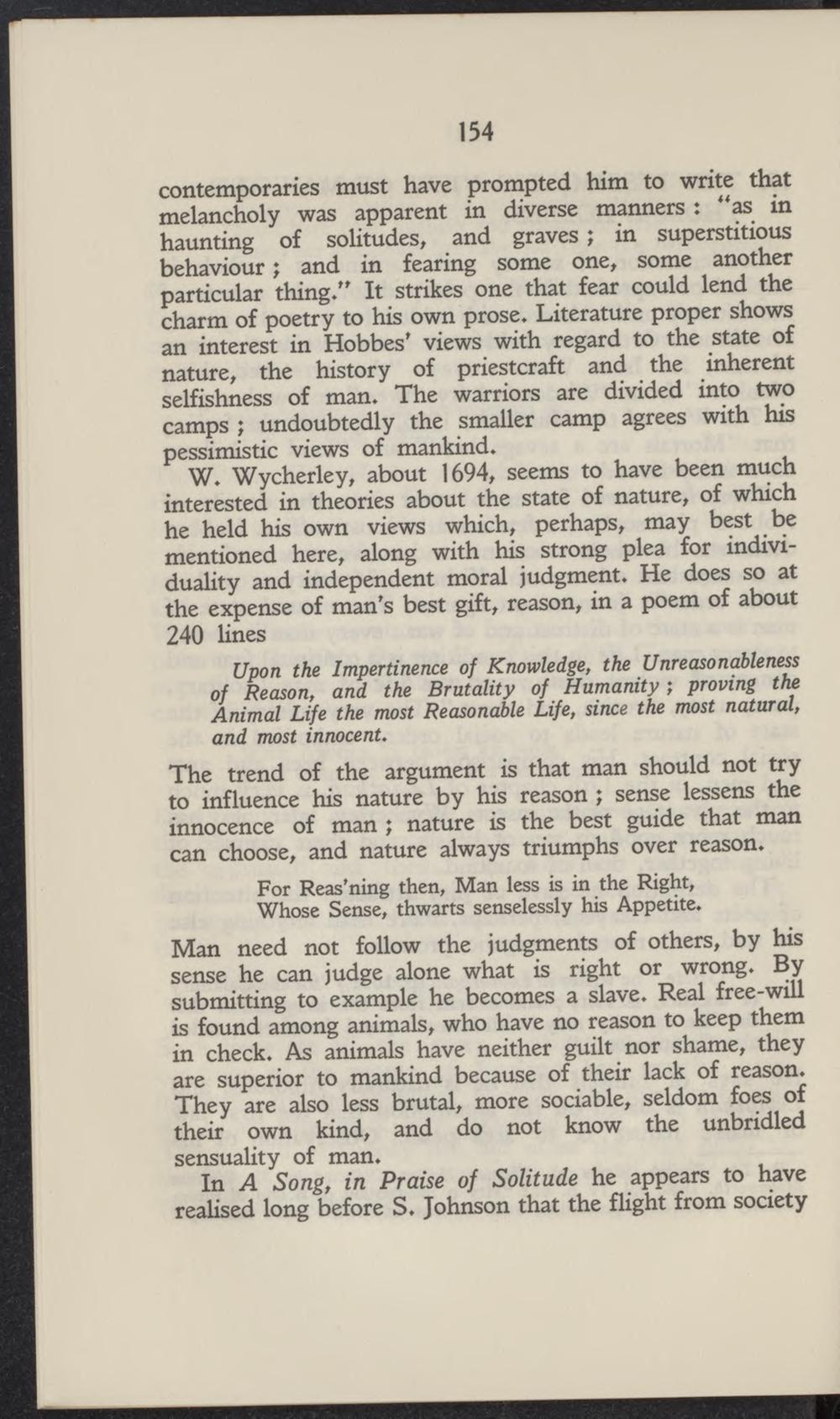 contemporaries must have prompted him to write that melancholy was apparent in diverse manners: "as m haunting of solitudes, and graves; in superstitious behaviour; and in fearing some one, some another particular thing." It strikes one that fear could lend the charm of poetry to his own prose. Literature proper shows an interest in Hobbes' views with regard to the state of nature, the history of priestcraft and the inherent selfishness of man. The warriors are divided into two camps ; undoubtedly the smaller camp agrees with his pessirnistic views of mankind.

W. Wycherley, about 1694, seems to have been much interested in theories about the state of nature, of which he held his own views which, perhaps, may best be mentioned here, along with his strong plea for mdividuality and independent moral judgment. He does so at the expense of man's best gift, reason, m a poem of about 240 lines

Upon the Impertinence of Knowledge, the Unreasonableness of Reason, and the BrutaUty of ËNtmtMty ; proving the Animal Lift the most Reasonable Life, since the most natural, and most innocent. The trend of the argument is that man should not try to influence his nature by his reason; sense lessens the innocence of man; nature is the best guide that man can choose, and nature always triumphs over reason.

For Reas'ning then, Man less is in the Right, Whose Sense, thwarts senselessly his Appetite.

Man need not follow the judgments of others, by his sense he can judge alone what is right or wrong. By subnutting to example he becomes a slave. Real free-wül is found among animals, who have no reason to keep them in check. As animals have neither guilt nor shame, they are superior to mankind because of their lack of reason. They are also less brutal, more sociable, seldom foes of their own kind, and do not know the unbndled sensuahty of man.

In A Song, in Praise of Solitude he appears to have realised long before S. Johnson that the flight from society