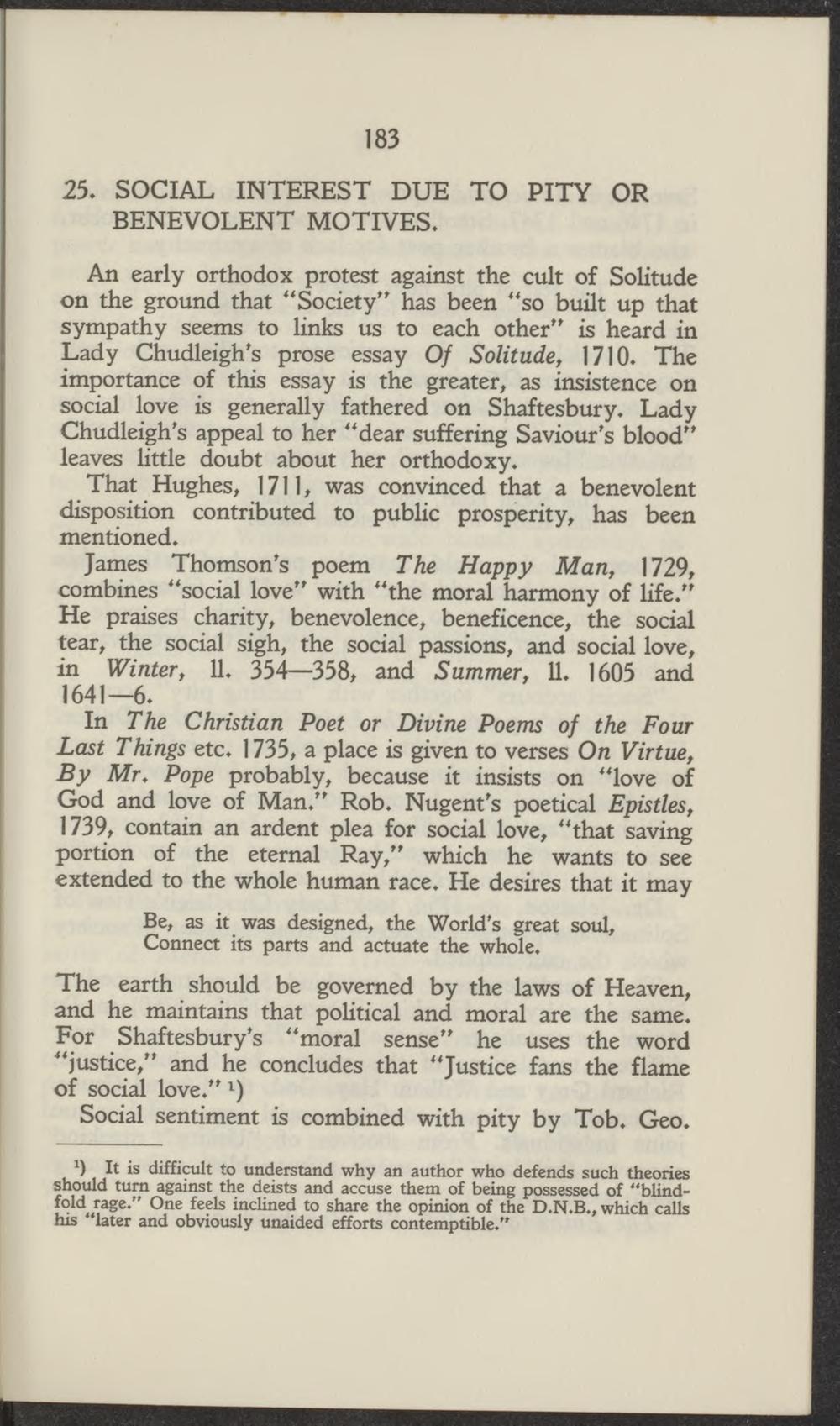 25. SOCIAL INTEREST DUE TO PITY OR BENEVOLENT MOTIVES.

An early orthodox protest against the cult of Solitude on the ground that "Society" has been "so built up that sympathy seems to links us to each other" is heard in Lady Chudleigh's prose essay Of SoUtude, 1710. The importance of this essay is the greater, as insistence on social love is generally fathered on Shaftesbury. Lady Chudleigh's appeal to her "dear suffering Saviour's blood" leaves little doubt about her orthodoxy.

That Hughes, 1711, was convinced that a benevolent disposition contributed to public prosperity, has been mentioned.

In The Christian Poet or Divine Poems of the Four Last Things etc. 1735, a place is given to verses On Virtue, By Mr. Pope probably, because it insists on "love of God and love of Man." Rob. Nugent's poetical Epistles, 1739, contain an ardent plea for social love, "that sa ving portion of the eternal Ray," which he wants to see extended to the whole human race. He desires that it may

Be, as it was designed, the World's great soul, Connect its parts and actuate the whole.

The earth should be governed by the laws of Heaven, and he maintains that pohtical and moral are the same. For Shaftesbury's "moral sense" he uses the word "justice," and he concludes that "Justice fans the flame of social love."1)

Social sentiment is combined with pity by Tob. Geo.

*) It is difficult to understand why an author who defends such theories should turn against the deists and accuse them of being possessed of "blindfold rage." One feels inclined to share the opinion of the D.N.B., which calls his "later and obviously unaided efforts contemptible."