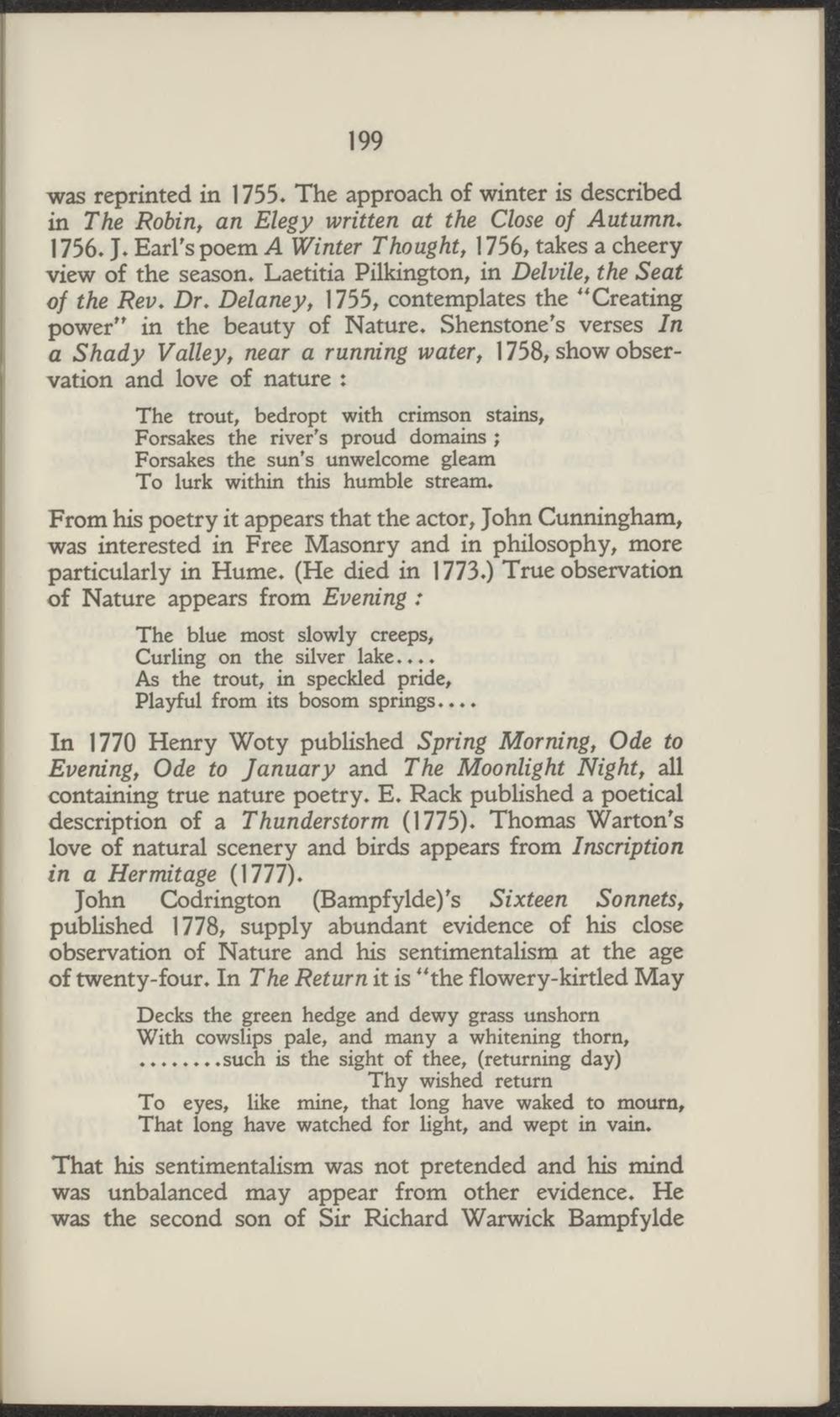 was reprinted in 1755. The approach of winter is described in The Robin, an Elegy written at the Close of Autumn. 1756. J. Earl's poem A Winter Thought, 1756, takes a cheery view of the season. Laetitia Pükington, in Delvile, the Seat of the Rev. Dr. Delaney, 1755, contemplates the "Creating power" in the beauty of Nature. Shenstone's verses In a Shady Vaüey, near a running water, 1758, show observation and love of nature :

The trout, bedropt with crimson stains, Forsakes the river's proud domains j Forsakes the sun's unwelcome gleam To lurk within this humble stream.

From his poetry it appears that the actor, John Cunningham, was interested in Free Masonry and in phüosophy, more particularly in Hume. (He died in 1773.) True observation of Nature appears from Evening :

The blue most slowly creeps, Curling on the silver lake.... As the trout, in speckled pride, Playful from its bosom springs....

In 1770 Henry Woty published Spring Morning, Ode to Evening, Ode to January and The Moonlight Night, all containing true nature poetry. E. Rack published a poetical description of a Thunderstorm (1775). Thomas Warton's love of natural scenery and birds appears from Inscription in a Hermitage (1777).

John Codrington (Bampfylde)'s Sixteen Sonnets, published 1778, supply abundant evidence of his close observation of Nature and his sentimentalism at the age of twenty-four. In The Return it is "the flowery-kirtled May

Decks the green hedge and dewy grass unshorn With cowslips pale, and many a whitening thorn, ........such is the sight of thee, (returning day)

That his sentimentalism was not pretended and his mind was unbalanced may appear from other evidence. He was the second son of Sir Richard Warwick Bampfylde