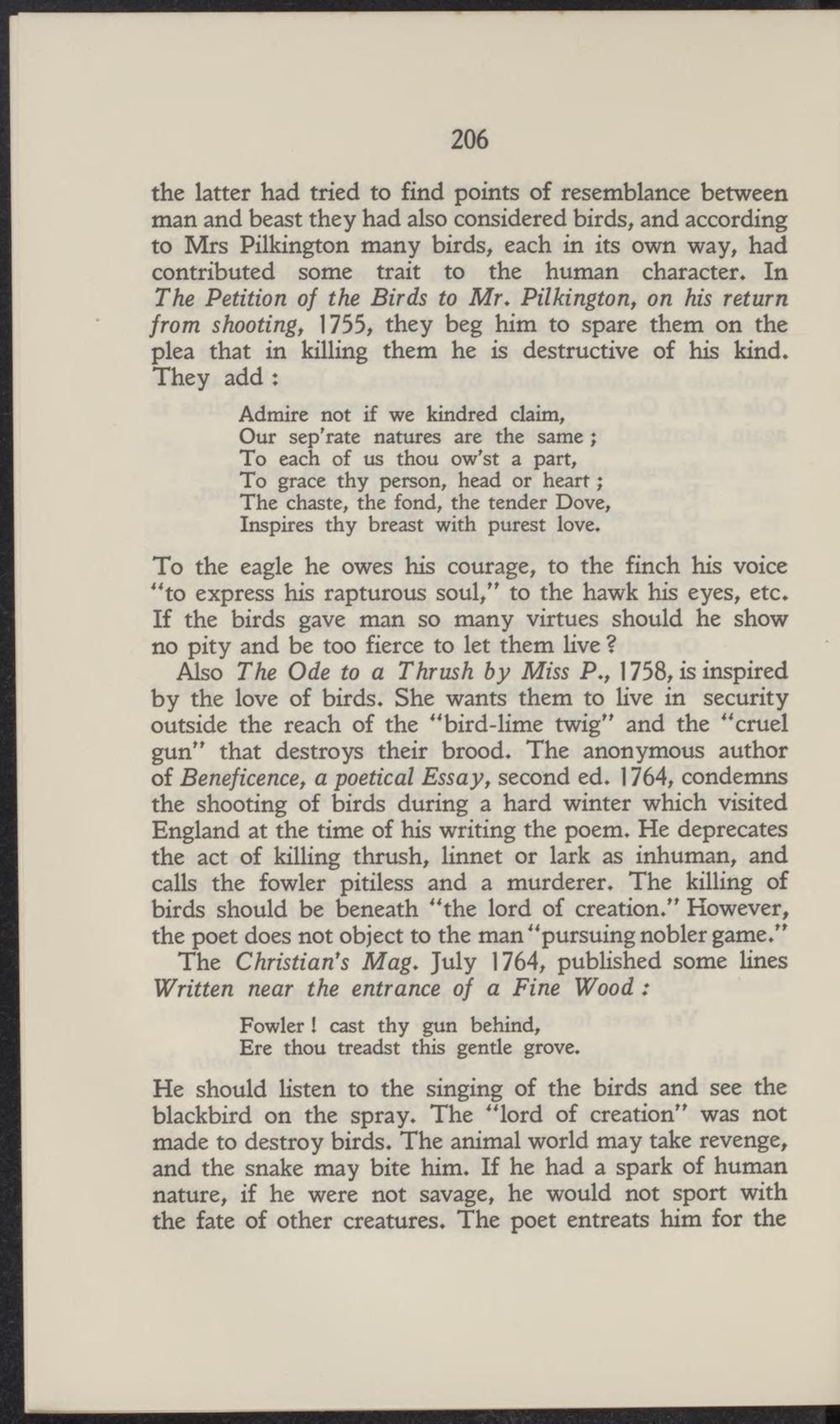 the latter had tried to find points of resemblance between man and beast they had also considered birds, and according to Mrs Pilkington many birds, each in its own way, had contributed some trait to the human character. In The Petition of the Birds to Mr. Pükington, on his return from shooting, 1755, they beg him to spare them on the plea that in killing them he is destructive of his kind. They add :

Adraire not if we kindred claim, Our sep'rate natures are the same; To each of us thou ow'st a part, To grace thy person, head or heart; The chaste, the fond, the tender Dove, Inspires thy breast with purest love.

To the eagle he owes his courage, to the finch his voice "to express his rapturous soul," to the hawk his eyes, etc. If the birds gave man so many virtues should he show no pity and be too fierce to let them hve ?

Also The Ode to a Thrush by Miss P., 1758, is inspired by the love of birds. She wants them to hve in security outside the reach of the "bird-lime twig" and the "cruel gun" that destroys their brood. The anonymous author of Beneficence, a poetical Essay, second ed. 1764, condemns the shooting of birds during a hard winter which visited England at the time of his writing the poem. He deprecates the act of lalling thrush, linnet or lark as inhuman, and calls the fowler pitiless and a murderer. The killing of birds should be beneath "the lord of creation." However, the poet does not object to the man "pursuing nobler game."

The Christian''s Mag. July 1764, published some lines Written near the entrance of a Fine Wood:

Fowler! cast thy gun behind, Ere thou treadst this gentle grove.

He should listen to the singing of the birds and see the blackbird on the spray. The "lord of creation" was not made to destroy birds. The animal world may take revenge, and the snake may bite him. If he had a spark of human nature, if he were not savage, he would not sport with the fate of other creatures. The poet entreats him for the