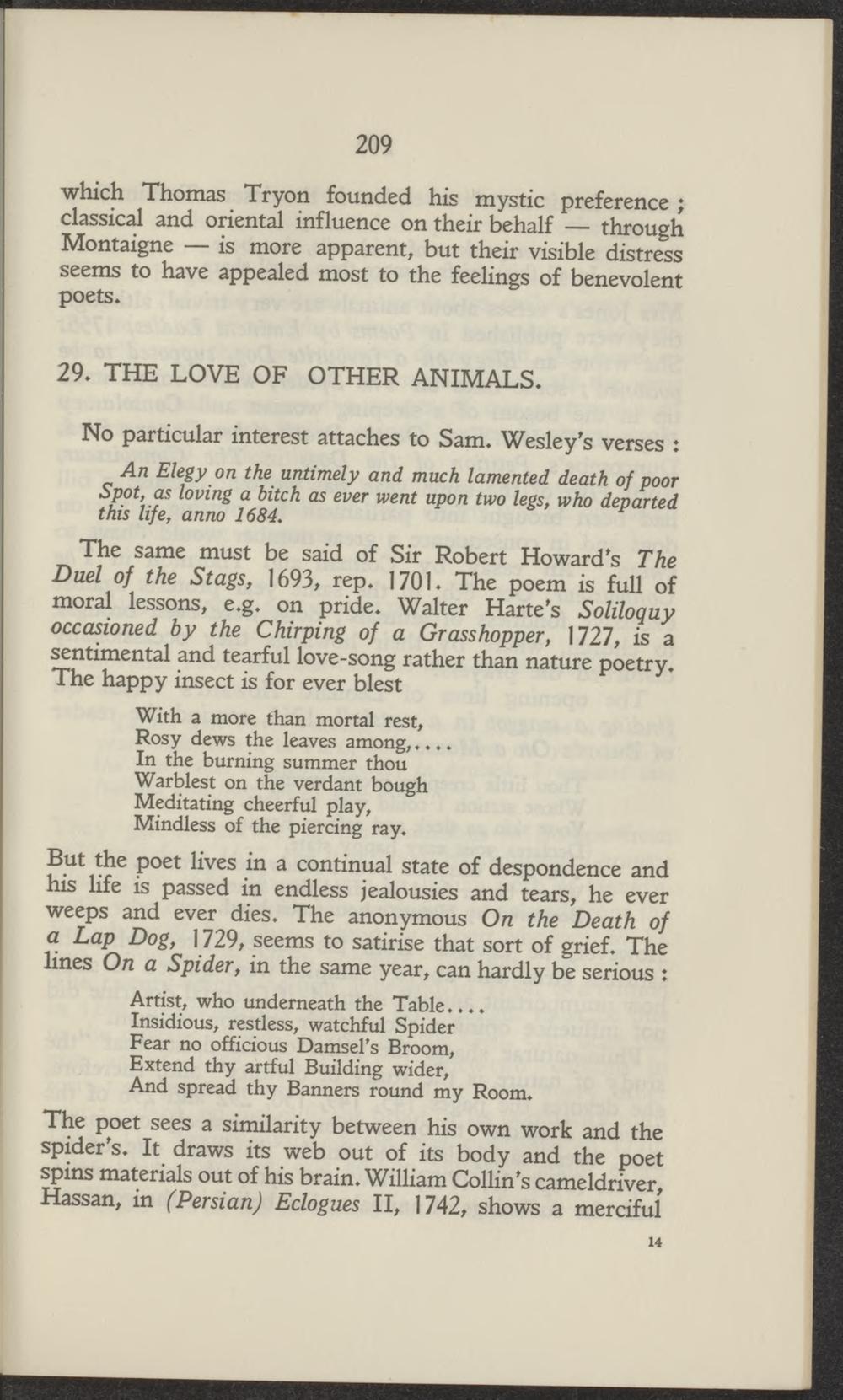 which Thomas Tryon founded his mystic preference; classical and oriental influence on their behalf — through Montaigne — is more apparent, but their visible distress seems to have appealed most to the feelings of benevolent poets.

29. THE LOVE OF OTHER ANIMALS.

An Elegy on the untimely and much lamented death of poor Spot, as loving a bttch as ever went upon two legs, who devarted this hfe, anno 1684.

The same must be said of Sir Robert Howard's The Duel of the Stags, 1693, rep. 1701. The poem is full of moral lessons, e.g. on pride. Waker Harte's Soliloquy occasioned by the Chirping of a Grasshopper, 1727, is a sentimental and tearful love-song rather than nature poetry. The happy insect is for ever biest

With a more than mortal rest, Rosy dews the leaves among,.... In the burning summer thou Warblest on the verdant bough Meditating cheerful play, Mindless of the piercing ray.

But the poet lives in a continual state of despondence and his hfe is passed in endless jealousies and tears, he ever weeps and ever dies. The anonymous On the Death of a Lap Dog, 1729, seems to satirise that sort of grief. The hnes On a Spider, ia the same year, can hardly be serious :

Artist, who underneath the Table.... Insidious, resdess, watchful Spider Fear no officious Damsers Broom, Extend thy artful Building wider, And spread thy Banners round my Room.

The poet sees a sinularity between his own work and the spjder's. It draws its web out of its body and the poet spins materials out of his brain. William Collin's cameldriver Hassan, m (Persian) Eclogues II, 1742, shows a merdful