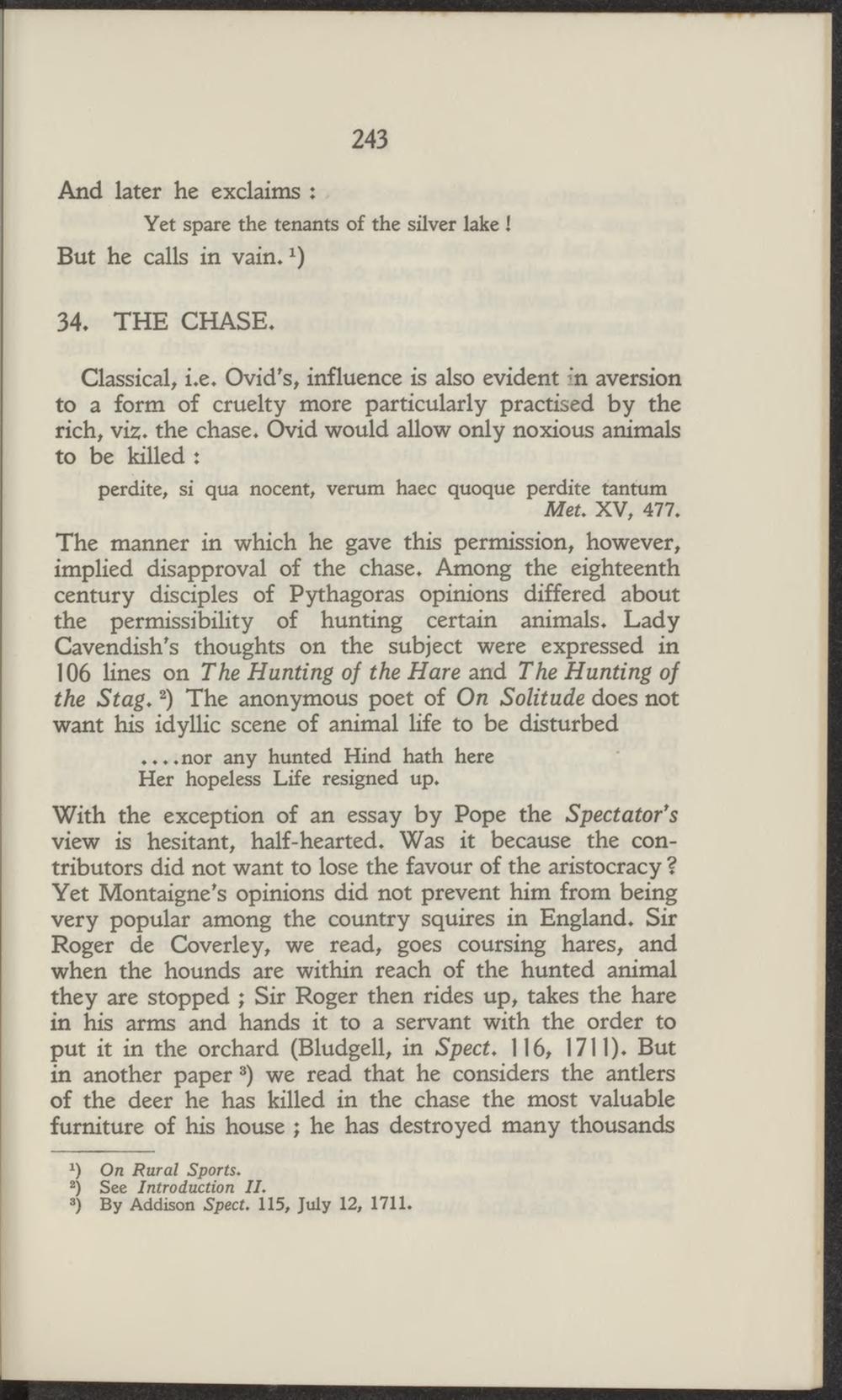 And later he exclaims : .

Yet spare the tenants of the süver lake 1 But he calls in vain.1)

Classical, i.e. Ovid's, influence is also evident in aversion to a form of cruelty more particularly practised by the rich, viz. the chase. Ovid would allow only noxious animals to be killed :

The marnier in which he gave this permission, however, implied disapproval of the chase. Among the eighteenth century disciples of Pythagoras opinions differed about the permissibihty of hunting certain animals. Lady Cavendish's thoughts on the subject were expressed in 106 lines on The Hunting of the Hare and The Hunting of the Stag.a) The anonymous poet of On SoUtude does not want his idylhc scène of animal life to be disturbed

....nor any hunted Hind hath here Her hopeless Life resigned up.

With the exception of an essay by Pope the Spectator''s view is hesitant, half-hearted. Was it because the contributors did not want to lose the favour of the aristocracy ? Yet Montaigne's opinions did not prevent him from being very populair among the country squires in England. Sir Roger de Coverley, we read, goes coursing hares, and when the hounds are within reach of the hunted animal they are stopped ; Sir Roger then rides up, takes the hare in his arms and hands it to a servant with the order to put it in the orchard (Bludgell, in Speet. 116, 1711). But in another paper *) we read that he considers the anders of the deer he has killed in the chase the most valuable furniture of his house ; he has destroyed many thousands