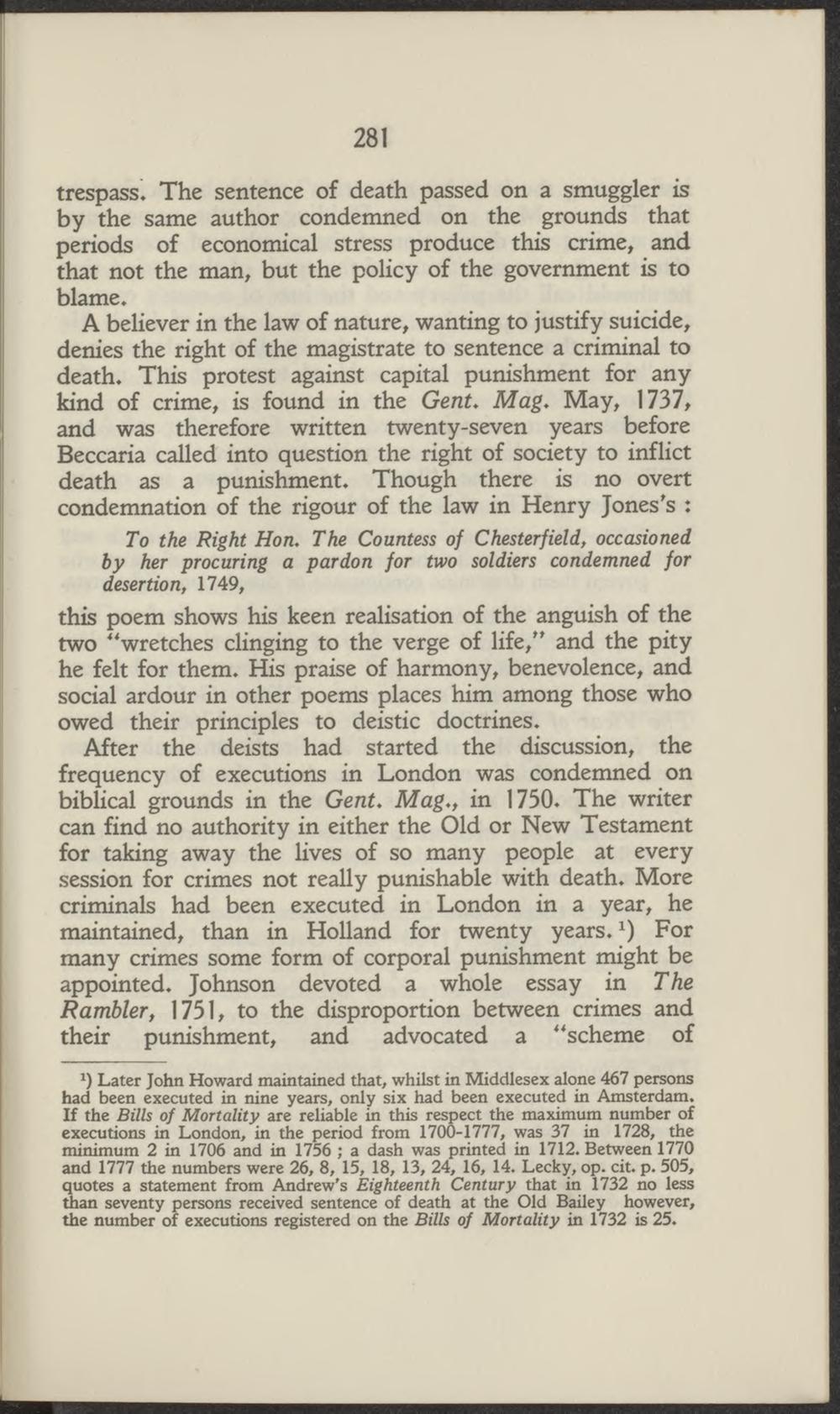 trespass. The sentence of death passed on a smuggler is by the same author condemned on the grounds that periods of economical stress produce this crime, and that not the man, but the pohcy of the government is to blame.

A behever in the law of nature, wanting to justify suicide, denies the right of the magistrate to sentence a criminal to death. This protest against capital punishment for any kind of crime, is found in the Gent. Mag. May, 1737, and was therefore written twenty-seven years before Beccaria called into question the right of society to inflict death as a punishment. Though there is no overt condemnation of the rigour of the law in Henry Jones's :

To the Right Hon. The Countess of Chesterfield, occasioned by her procuring a pardon for two soldiers condemned for desertion, 1749,

this poem shows his keen realisation of the anguish of the two "wretches clinging to the verge of life," and the pity he feit for them. His praise of harmony, benevoience, and social ardour in other poems places him among those who owed their principles to deistic doctrines.

After the deists had started the discussion, the frequency of executions in London was condemned on bibhcal grounds in the Gent. Mag., in 1750. The writer can find no authority in either the Old or New Testament for taking away the hves of so many people at every session for crimes not really punishable with death. More criminals had been executed in London in a year, he maintained, than in Holland for twenty years.1) For many crimes some form of corporal punishment might be appointed. Johnson devoted a whole essay in The Rambler, 1751, to the disproportion between crimes and their punishment, and advocated a "scheme of