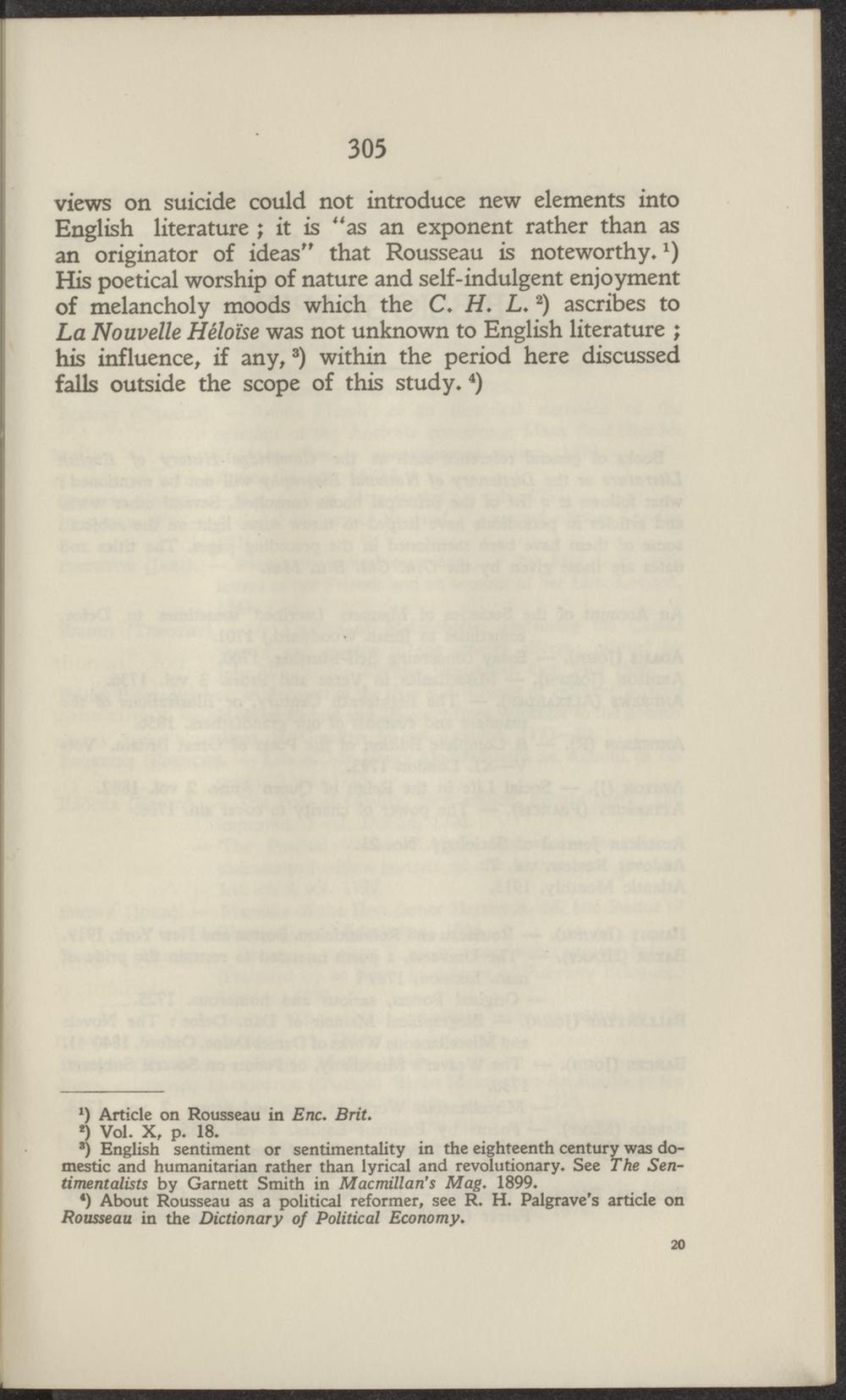 views on suicide could not introducé new elements into English hterature; it is "as an exponent rather than as an originator of ideas" that Rousseau is noteworthy. *) His poetical worship of nature and self-indulgent enjoyment of melancholy moods which the C. H. L.2) ascribes to La Nouvelle Héloïse was not unknown to English hterature ; his influence, if any,3) within the period here discussed falls outside the scope of this study.4)

■) English sentiment or sentimentality in the eighteenth century was domestic and humamtarian rather than lyrical and revolutionary. See The Snttimentalists by Garnett Smith in Macmillan's Mag. 1899.

*) About Rousseau as a political reformer, see R. H. Palgrave's article on Rousseau in the Dictionary of Political Economy.