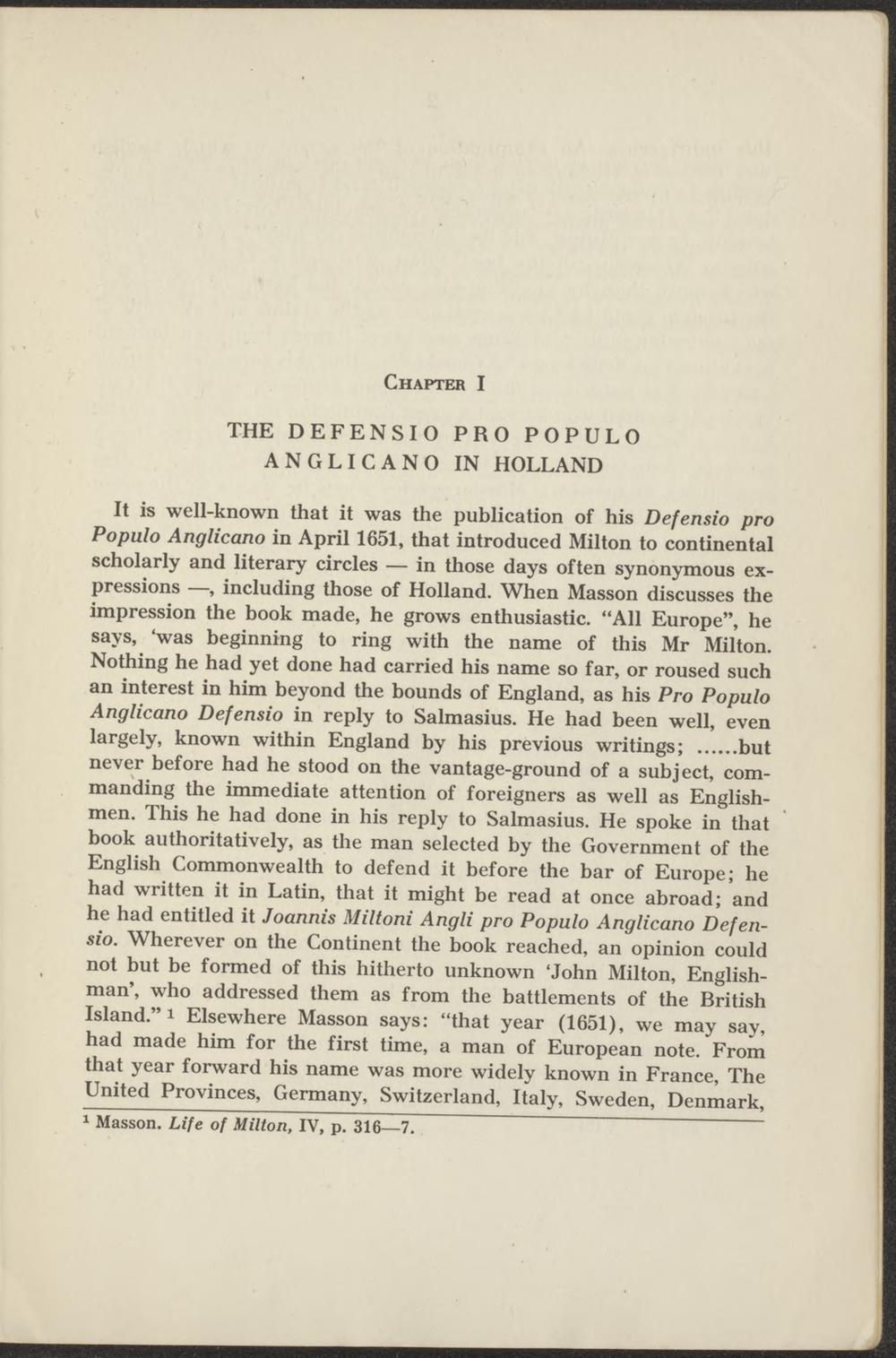 It is well-known that it was the publication of his Defensio pro Populo Anglicano in April 1651, that introduced Milton to Continental scholarly and literary circles — in those days of ten synonymous expressions —, including those of Holland. When Masson discusses the impression the book made, he grows enthusiastic. "All Europe", he says, 'was beginning to ring with the name of this Mr Milton. Nothing he had yet done had carried his name so far, or roused such an interest in him beyond the bounds of England, as his Pro Populo Anglicano Defensio in reply to Salmasius. He had been welL even

largely, known within England by his previous writings; but

never bef ore had he stood on the vantage-ground of a subject commanding the immediate attention of foreigners as well as Englishmen. This he had done in his reply to Salmasius. He spoke in that book authoritatively, as the man selected by the Government of the English Commonwealth to defend it bef ore the bar of Europe; he had written it in Latin, that it might be read at once abroad; and he had entiüed it Joannis Miltoni Angli pro Populo Anglicano Defensio. Wherever on the Continent the book reached, an opinion could not but be formed of this hitherto unknown 'John Milton, Englishman', who addressed them as from the battlements of the British Island." i Elsewhere Masson says: "that year (1651), we may say, had made him for the first time, a man of European note. From that year forward his name was more widely known in France, The United Provinces, Germany, Switzerland, Italy, Sweden, Denmark, 1 Masson. Life of Milton, IV, p. 316—7. "