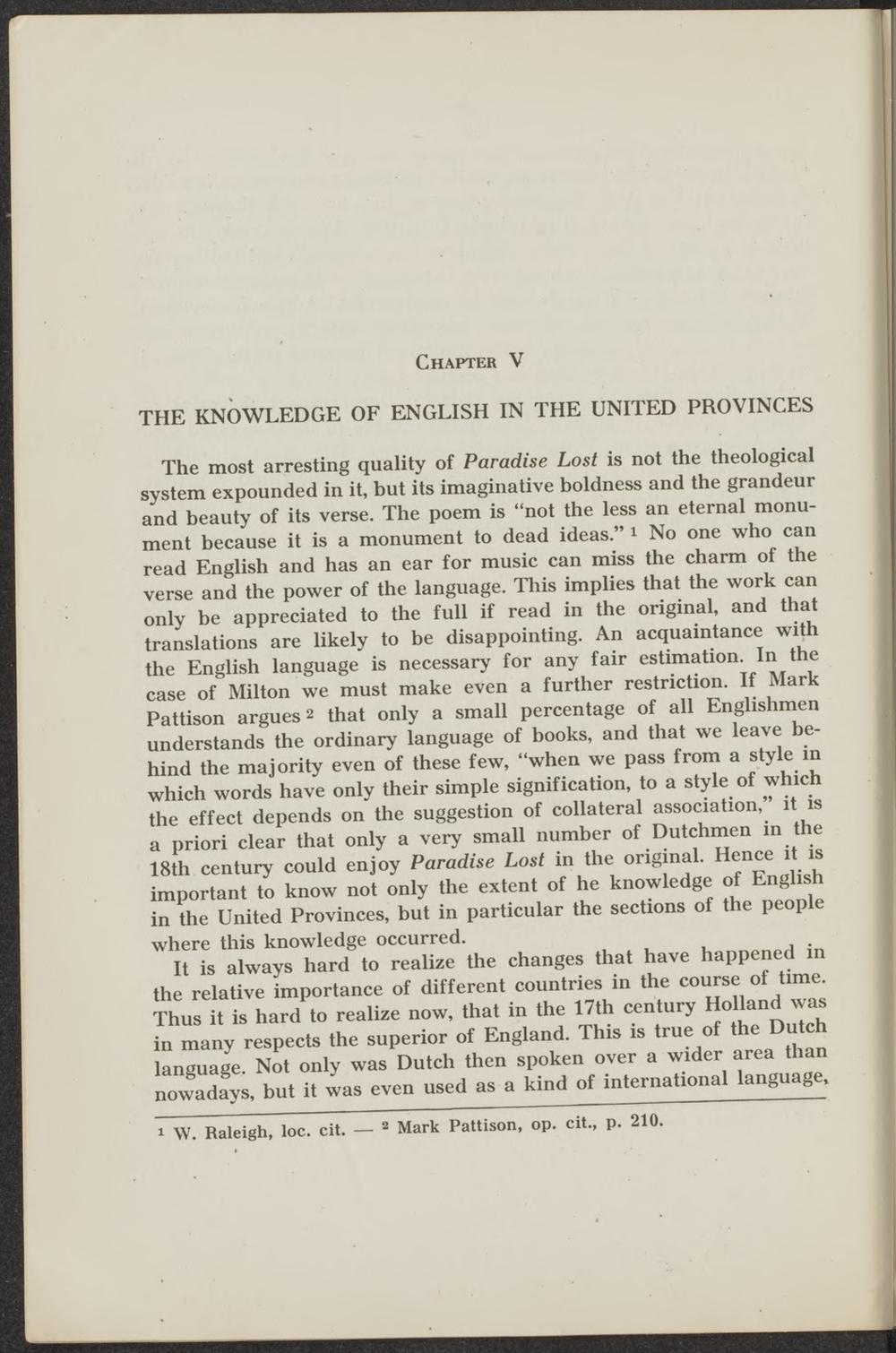 THE KNOWLEDGE OF ENGLISH IN THE UNITED PROVINCES

The most arresting quality of Paradise Lost is not the theological system expounded in it, but its imaginative boldness and the grandeur and beauty of its verse. The poem is "not the less an eternal monument because it is a monument to dead ideas." i No one who can read EngUsh and has an ear for music can miss the charm of the verse and the power of the language. This impUes that the work can only be appreciated to the full if read in the original, and that translations are likely to be disappointing. An acquaintance with the English language is necessary for any fair estimation In the case of Milton we must make even a further restnction. If Mark Pattison argues* that only a small percentage of all Englishmen understands the ordinary language of books, and that we leave betond the majority even of these few, "when we pass from a style ui which words have only their simple signification, to a style of which the effect depends on the suggestion of collateral association, it is a priori clear that only a very small number of Dutchmen in th e 18th century could enjoy Paradise Lost in the original. Hence it is important to know not only the extent of he knowledge of Enghsh in the United Provinces, but in particular the sections of the people where this knowledge occurred.

It is always hard to realize the changes that have happened in the relative importance of different countries in the «onrse of time Thus it is hard to realize now, that in the 17tii century HoUand ^was in many respects the superior of England. This is true of the Dutch language. Not only was Dutch then spoken over a wider area than now^days, but it was even used as a kind of international language,