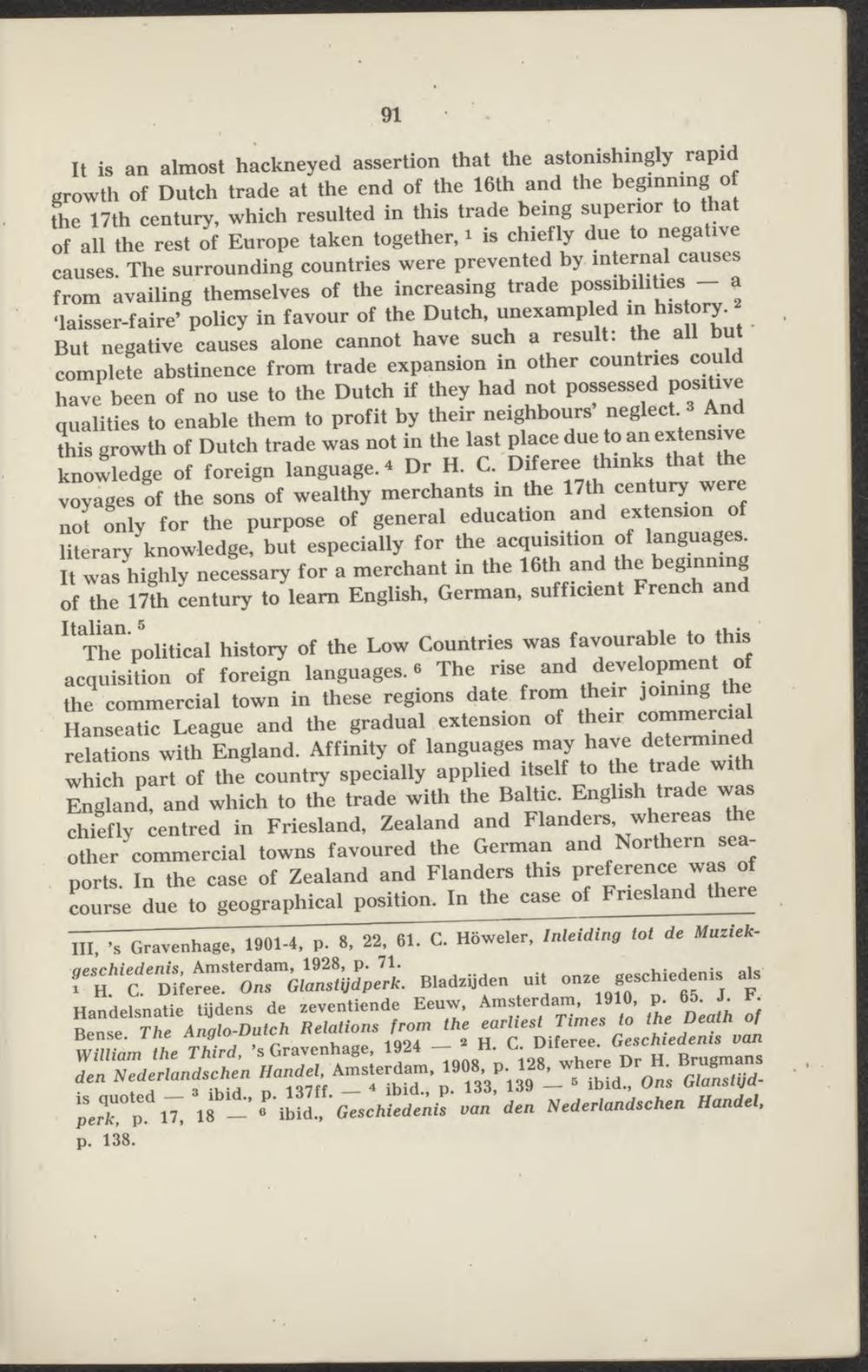 It is an almost hackneyed assertion that the astonishingly rapid growth of Dutch trade at the end of the 16th and the bepnning of üie 17th century, which resutted in this trade being superior to that of all the rest of Europe taken together, i is chiefly due to negative causes. The surrounding countries were prevented by internal causes from availing themselves of the incre&sing trade poMibüities - a 'laisser-faire' poticy in favour of the Dutch, unexampled in history^ But negative causes alone cannot have such a result: the all but complete abstinence from trade expansion in other countries could have been of no use to the Dutch if they had not possessed posiüve qualities to enable them to prof it by their neighbours neglect « And öiis grówth of Dutch trade was not in the last place due to an extensive knowledge of foreign language.4 Dr H. C. Diferee tiunks that the voyages of the sons of wealthy merchants in the 17th century were not only for the purpose of general education and extension of Utérary knowledge, but especiaÜy for the acquisiüon of languages. It was highly necessary for a merchant in the 16th and üie beginmng of le 17tii century to learn EngUsh, German, sufficiënt French and

ItaThen poUtical history of the Low Countries was favourable to this acquisition of foreign languages. e The rise and ^vetopment^of the commercial town in these regions date from their joinmg the Hanseatic League and the gradual extension of their commerciia relations with England. Affinity of languages may have determined which part of the country specially applied itself to ^ trade witii England, and which to the trade with the Baltic. EngUsh trade was duefly èentred in Friesland, Zealand and Flanders whereas the other commercial towns favoured the German and Northern seaports. In the case of Zealand and Flanders this preference was of couree due to geographical position, In the case of Friesland there III 's Gravenhage, 1901-4, p. 8, 22, 61. C. Höweler, Inleiding tot de Muziek-