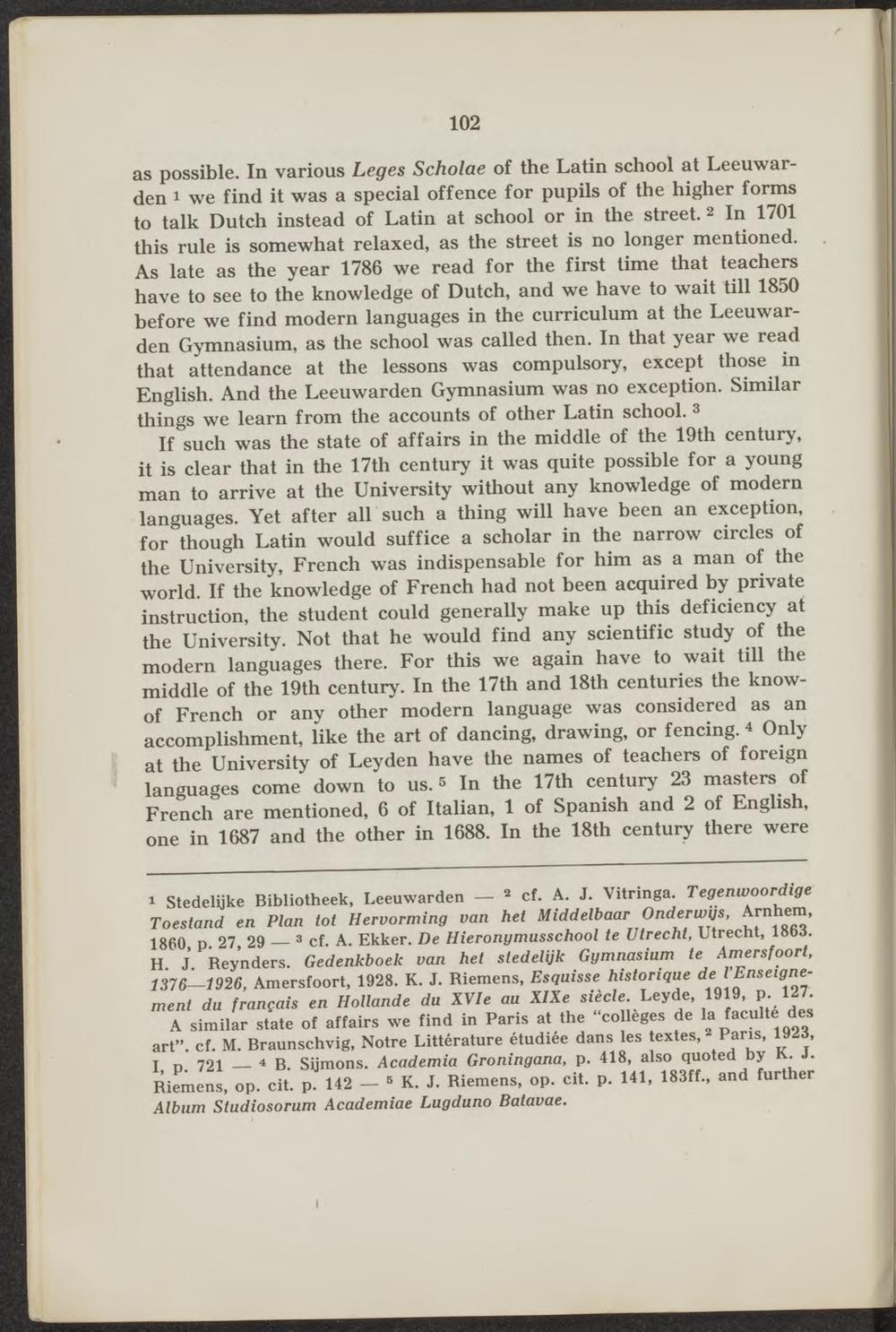 as possible. In various Leges Scholae of the Latin school at Leeuwarden i we find it was a special offence for pupils of the higher forms to talk Dutch instead of Latin at school or in the street. 2 In 1701 this rule is somewhat relaxed, as the street is no longer mentioned. As late as the year 1786 we read for the first time that teachers have to see to the knowledge of Dutch, and we have to wait till 1850 before we find modern languages in the curriculum at the Leeuwarden Gymnasium, as the school was called then. In that year we read that attendance at the lessons was compulsory, except those in English. And the Leeuwarden Gymnasium was no exception. Similar things we learn from the accounts of other Latin school.3

If such was the state of affairs in the middle of the 19th century, it is clear that in the 17th century it was quite possible for a young man to arrivé at the University without any knowledge of modern languages. Yet after all such a thing wül have been an exception, for though Latin would suffice a scholar in the narrow circles of the University, French was indispensable for him as a man of the world. If the knowledge of French had not been acquired by private instruction, the student could generally make up this deficiency at the University. Not that he would find any scientific study of the modern languages there. For this we again have to wait till the middle of the 19th century. In the 17th and 18th centuries the knowof French or any other modern language was considered as an accomplishment, like the art of dancing, drawing, or f encing. * Only at the University of Leyden have the names of teachers of foreign languages come down to us.5 In the 17th century 23 masters of French are mentioned, 6 of Italian, 1 of Spanish and 2 of English, one in 1687 and the other in 1688. In the 18th century there were