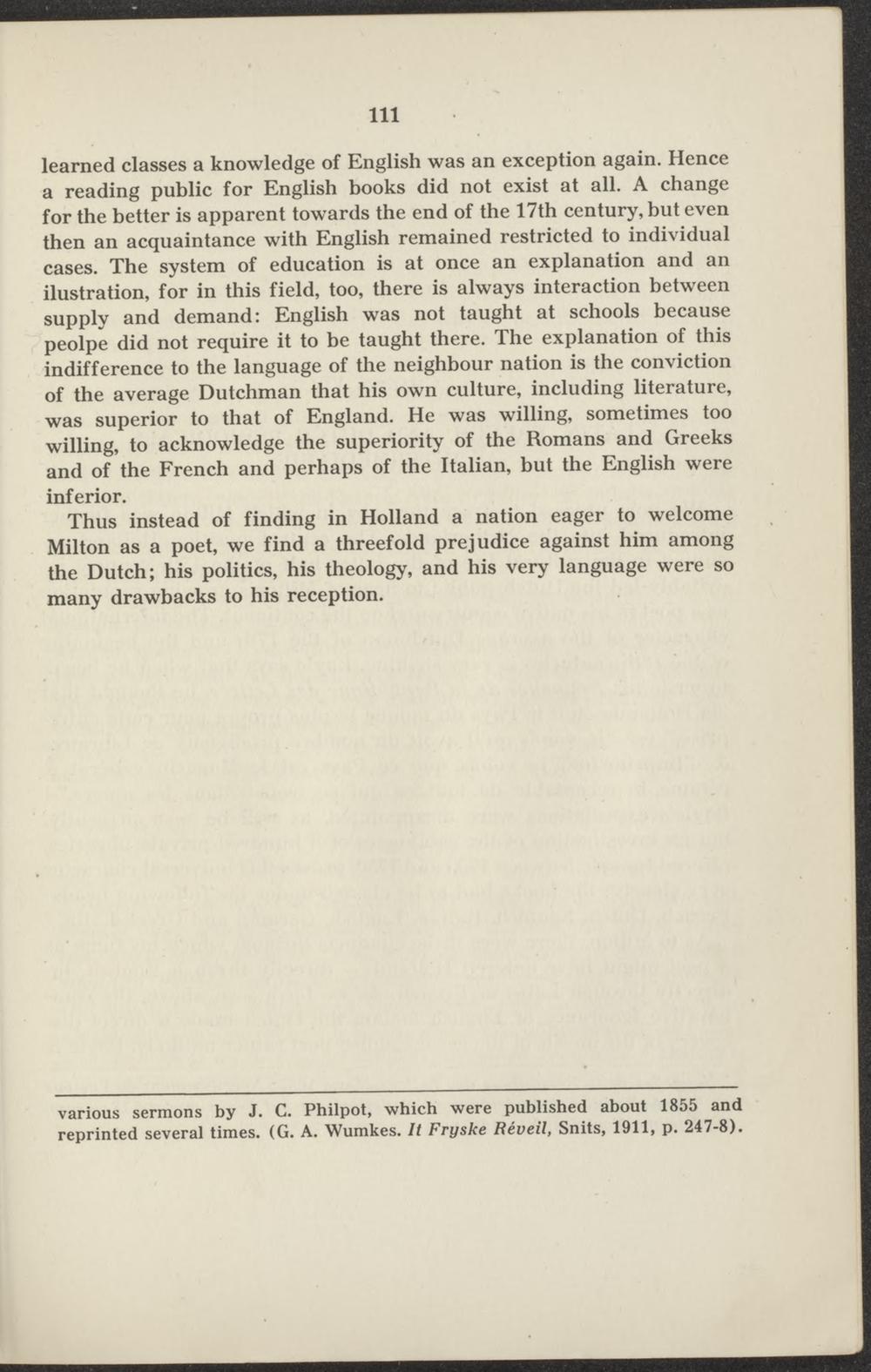 learned classes a knowledge of English was an exception again. Hence a reading public for English books did not exist at all. A change for the better is apparent towards the end of the 17th century, but even then an acquaintance with English remained restricted to individual cases. The system of education is at once an explanation and an ilustration, for in this field, too, there is always interaction between supply and demand: English was not taught at schools because peolpe did not require it to be taught there. The explanation of this indifference to the language of the neighbour nation is the conviction of the average Dutchman that his own culture, including literature, was superior to that of England. He was willing, sometimes too willing, to acknowledge the superiority of the Romans and Greeks and of the French and perhaps of the Italian, but the English were inferior.

Thus instead of finding in Holland a nation eager to welcome Milton as a poet, we find a threefold prejudice against him among the Dutch; his politics, his theology, and his very language were so many drawbacks to his reception.