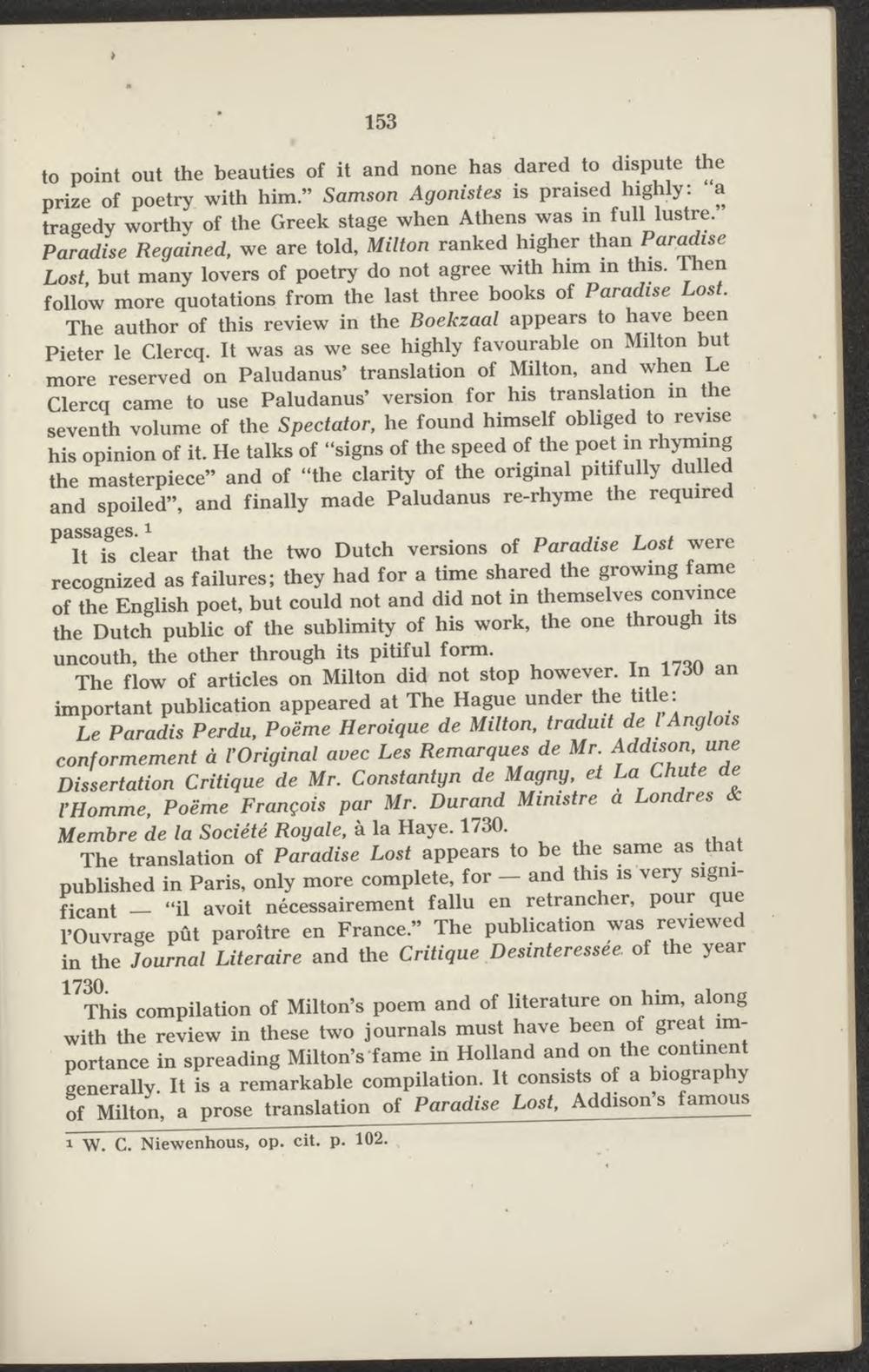 to point out the beauÜes of it and none has dared to dispute the prize of poetry with him." Samson Agonistès is praised highly: a tragedy worthy of the Greek stage when Athens was in full lustre. Paradise Regained, we are told, Milton ranked higher than Paradise Lost, but many lovers of poetry do not agree with him in this. Then follow more quotations from the last three books of Paradise Lost.

The author of this review in the Boekzaal appears to have been Pieter le Clercq. It was as we see highly favourable on Milton but more reserved on Paludanus' translation of Milton, and when Le Clercq came to use Paludanus' version for his translation m the seventh volume of the Spectator, he found himself obliged to revise his opinion of it. He talks of "signs of the speed of the poet m rhyimng the masterpiece" and of "the clarity of the original piufully dulled and spoiled», and finally made Paludanus re-rhyme the required

lt is clear that the two Dutch versions of Paradise Lost were recognized as failures; they had for a time shared the growing fame of the English poet, but could not and did not in themselves convince the Dutch public of the sublimity of his work, the one through its uncouth, the other through its pitiful form.

The flow of articles on Milton did not stop however. In 17dU an important publication appeared at The Hague under the title:

The translation of Paradise Lost appears to be the same as that published in Paris, only more complete, for - and this is very significant - "il avoit nécessairement fallu en retrancher, pour que 1'Ouvrage püt paroitre en France." The publication was reviewed in the Journal Literaire and the Critique Desinteressée of the year 1730

This compilation of Milton's poem and of literature on him, along with the review in these two journals must have been of great importance in spreading Milton's fame in Holland and on the continent cenerallv. H is a remarkable compilation. lt consists of a biography of MUton, a prose translation of Paradise Lost, Addison's famous * W. C. Niewenhous, op. cit. p. 102.