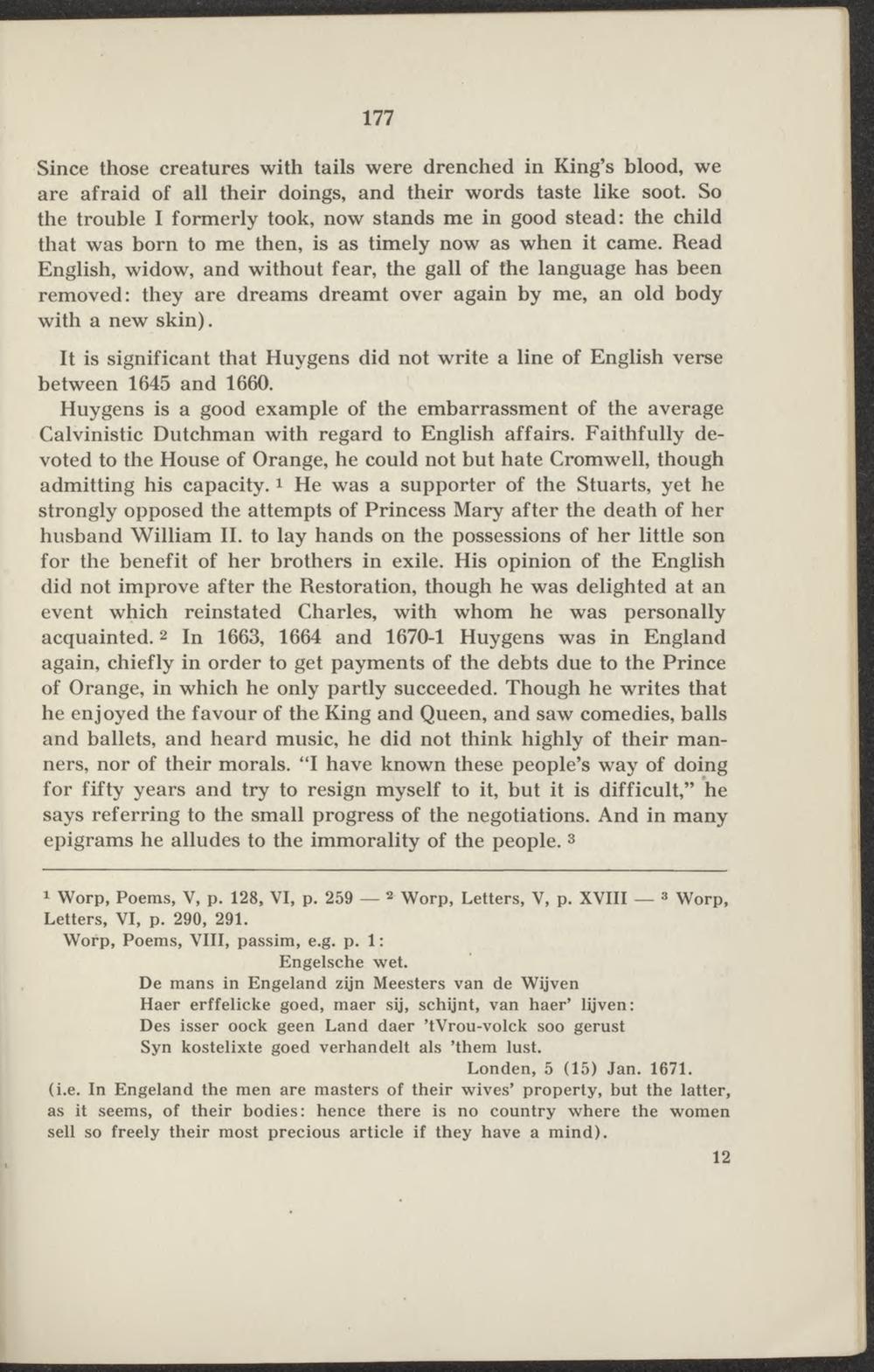 Since those creatures with tails were drenched in King's blood, we are afraid of all their doings, and their words taste like soot. So the trouble I formerly took, now stands me in good stead: the child that was born to me then, is as timely now as when it came. Read English, widow, and without fear, the gall of the language has been removed: they are dreams dreamt over again by me, an old body with a new skin).

It is significant that Huygens did not write a line of English verse between 1645 and 1660.

Huygens is a good example of the embarrassment of the average Calvinistic Dutchman with regard to English affairs. Faithfully devoted to the House of Orange, he could not but hate Cromwell, though admitting his capacity.1 He was a supporter of the Stuarts, yet he strongly opposed the attempts of Princess Mary after the death of her husband William II. to lay hands on the possessions of her little son for the benefit of her brothers in exile. His opinion of the English did not improve after the Restoration, though he was delighted at an event which reinstated Charles, with whom he was personally acquainted.2 In 1663, 1664 and 1670-1 Huygens was in England again, chief ly in order to get payments of the debts due to the Prince of Orange, in which he only partly succeeded. Though he writes that he enjoyed the favour of the King and Queen, and saw comedies, balls and ballets, and heard music, he did not think highly of their manners, nor of their morals. "I have known these people's way of doing for fifty years and try to resign myself to it, but it is difficult," he says ref erring to the small progress of the negotiations. And in many epigrams he alludes to the immorality of the people. 3

Londen, 5 (15) Jan. 1671. (i.e. In Engeland the men are masters of their wives' property, but the latter, as it seems, of their bodies: hence there is no country where the women sell so freely their most precious article if they have a mind).