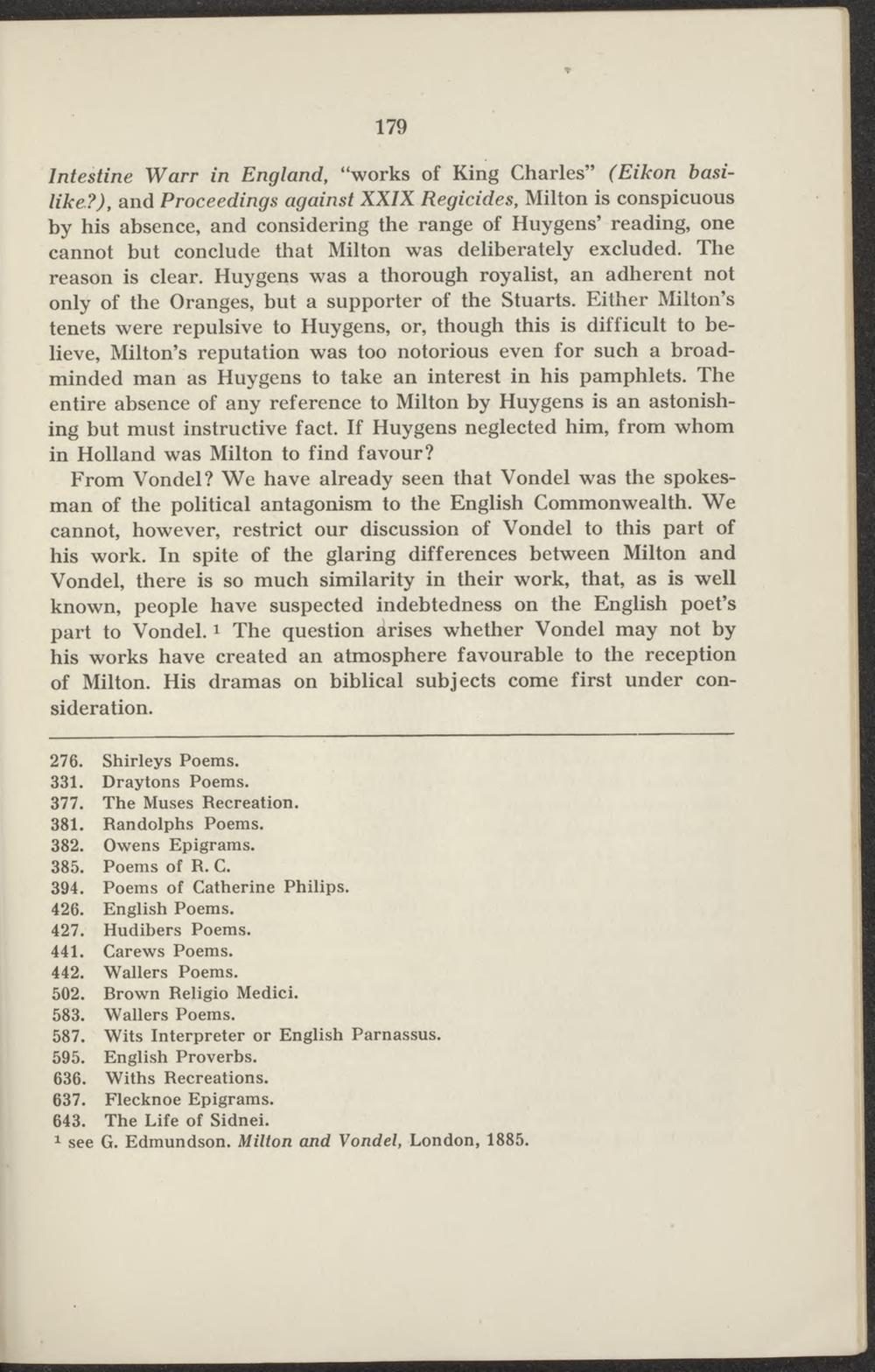 Intestine Warr in England, "works of King Charles" (Eikon basilike?), and Proceedings against XXIX Regicides, Milton is conspicuous by his absence, and considering the range of Huygens' reading, one cannot but conclude that Milton was deliberately excluded. The reason is clear. Huygens was a thorough royalist, an adherent not only of the Oranges, but a supporter of the Stuarts. Either Milton's tenets were repulsive to Huygens, or, though this is difficult to believe, Milton's reputation was too notorious even for such a broadminded man as Huygens to take an interest in his pamphlets. The entire absence of any reference to Milton by Huygens is an astonishing but must instructive fact. If Huygens neglected him, from whom in Holland was Milton to find favour?

From Vondel? We have already seen that Vondel was the spokesman of the political antagonism to the English Commonwealth. We cannot, however, restrict our discussion of Vondel to this part of his work. In spite of the glaring differences between Milton and Vondel, there is so much similarity in their work, that, as is well known, people have suspected indebtedness on the EngUsh poefs part to Vondel.1 The quesUon arises whether Vondel may not by his works have created an atmosphere favourable to the reception of Milton. His dramas on biblical subjects come first under consideration.