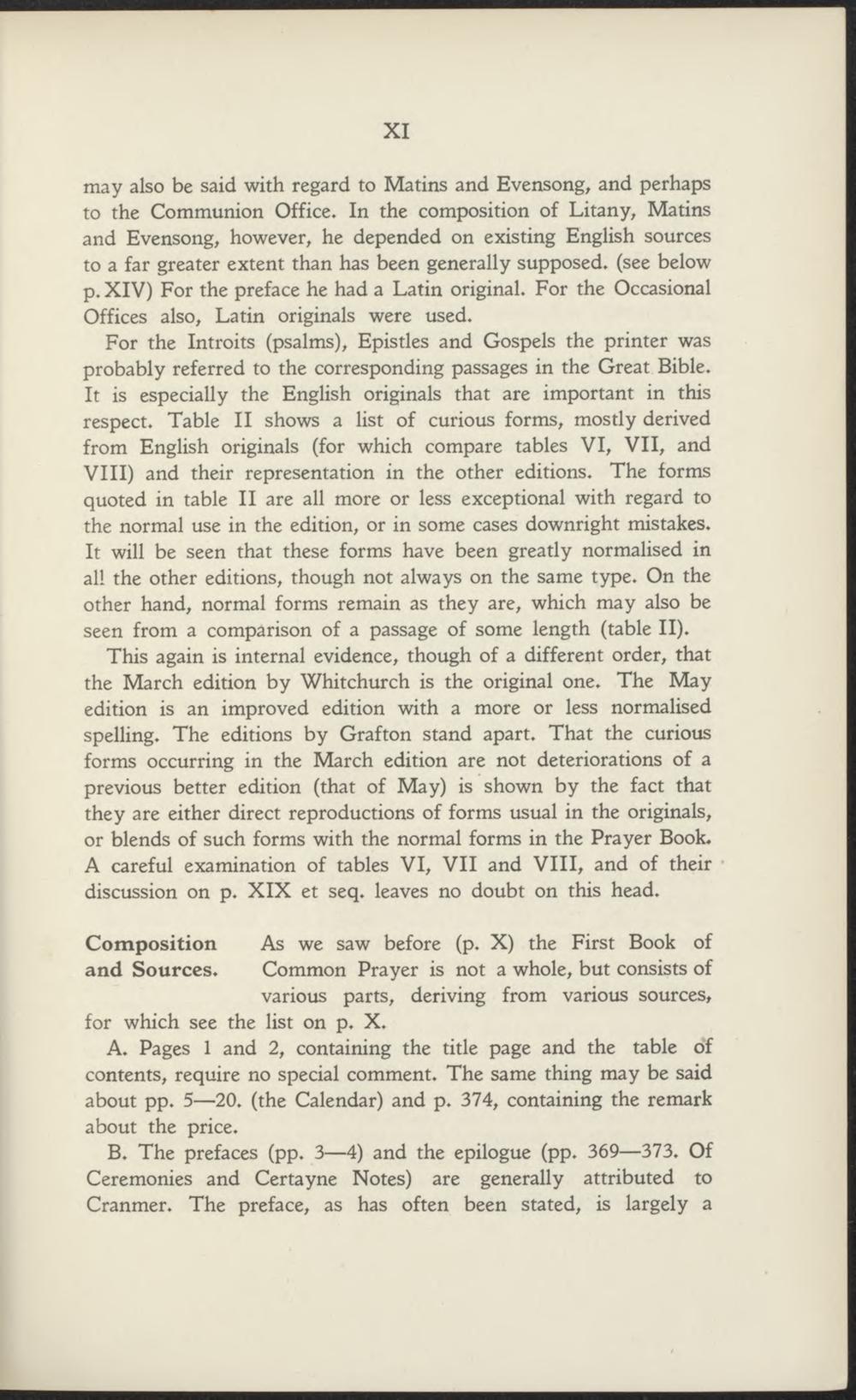 For the Introits (psalms), Epistles and Gospels the printer was probably referred to the corresponding passages in the Great Bible. It is especially the English originals that are important in this respect. Table II shows a list of curious forms, mostly derived from English originals (for which compare tables VI, VII, and VIII) and their representation in the other editions. The forms quoted in table II are all more or less exceptional with regard to the normal use in the edition, or in some cases downright mistakes. It will be seen that these forms have been greatly normalised in all the other editions, though not always on the same type. On the other hand, normal forms remain as they are, which may also be seen from a comparison of a passage of some length (table II).

This again is internal evidence, though of a different order, that the March edition by Whitchurch is the original one. The May edition is an improved edition with a more or less normalised spelling. The editions by Grafton stand apart. That the curious forms occurring in the March edition are not deteriorations of a previous better edition (that of May) is shown by the fact that they are either direct reproductions of forms usual in the originals, or blends of such forms with the normal forms in the Prayer Book. A careful examination of tables VI, VII and VIII, and of their discussion on p. XIX et seq. leaves no doubt on this head.

Composition As we saw before (p. X) the First Book of and Sources. Common Prayer is not a whole, but consists of various parts, deriving from various sources, for which see the list on p. X.

A. Pages 1 and 2, containing the title page and the table of contents, require no special comment. The same thing may be said about pp. 5—20. (the Calendar) and p. 374, containing the remark about the price.

B. The prefaces (pp. 3—4) and the epilogue (pp. 369—373. Of Ceremonies and Certayne Notes) are generally attributed to Cranmer. The preface, as has often been stated, is largely a