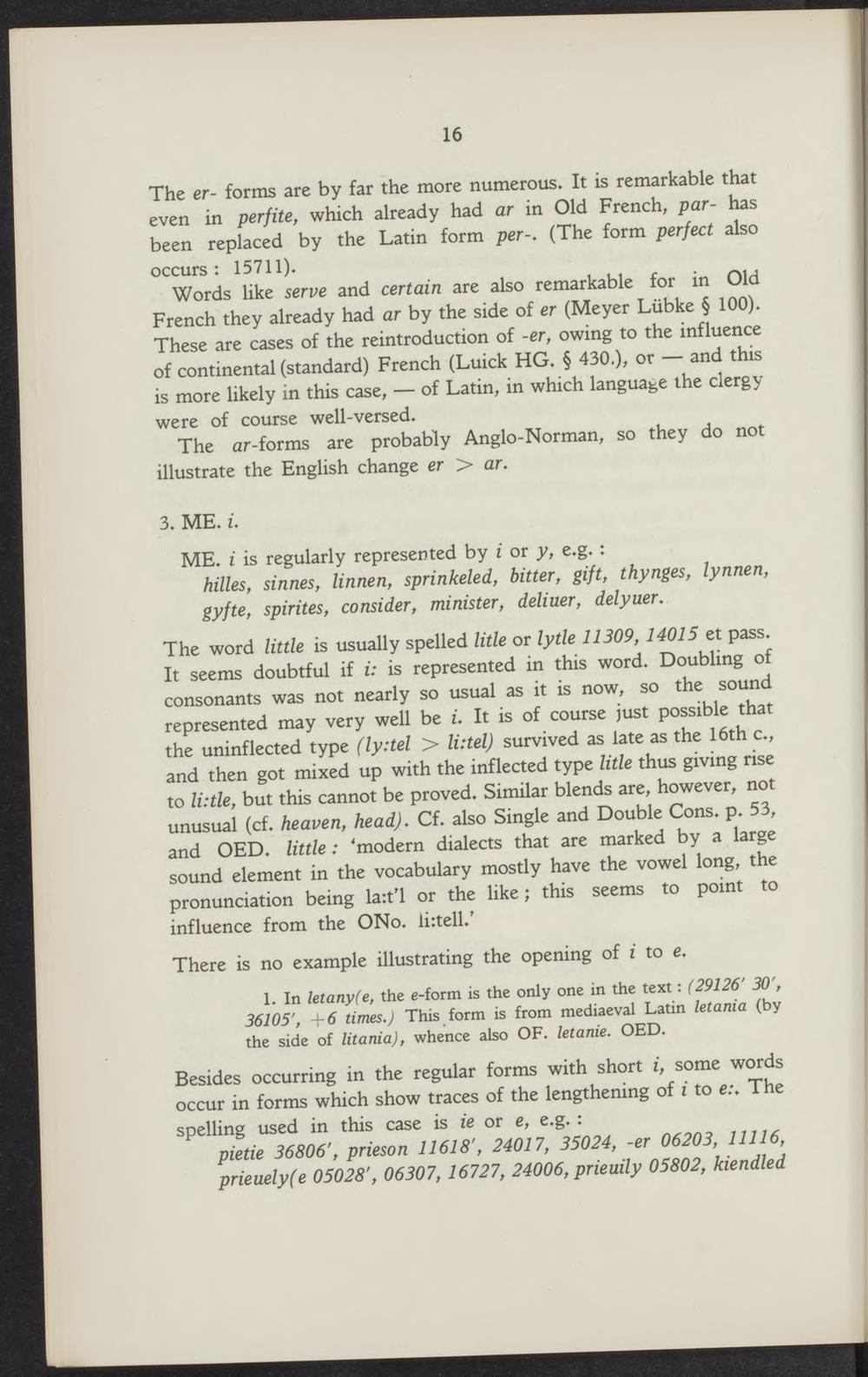 The er- forms are by far the more numerous. It is remarkable that even in perfite, which already had ar in Old French, par- has been replaced by the Latin form per-. (The form perfect also

Words üke serve and certain are also remarkable for in Old

These are cases of the reintroduction of -er, owing to the influence

is more likely in this case, - of Latin, in which language the clergy

were of course well-versed.

The ar-forms are probably Anglo-Norman, so they do not

ME. i is regularly represented by i or y, e.g.:

hilles, sinnes, linnen, sprinkeled, bitter, gift, thynges, lynnen, gyfte, spirites, consider, minister, deliuer, delyuer. The word little is usually spelled litle or lytle 11309 14015 et pass It seems doubtful if i: is represented in this word. Doubhng of consonants was not nearly so usual as it is now, so the^ sound represented may very well be i. It is of course ,ust possible that the uninflected type (ly:tel > Uttel) survived ^ f e as the 16th c and then got mixed up with the inflected type litle thus giving nse to Ivtle, but this cannot be proved. Simüar blends are, however, not unusual (cf. heaven, head). Cf. also Single and Doublé Cons P;,53 and OED. little: 'modern dialects that are marked by a large sound element in the vocabulary mostly have the vowel long, the pronunciation being la:t'l or the üke; this seems to point to influence from the ONo. U:tehY

There is no example ülustrating the opening of i to e.