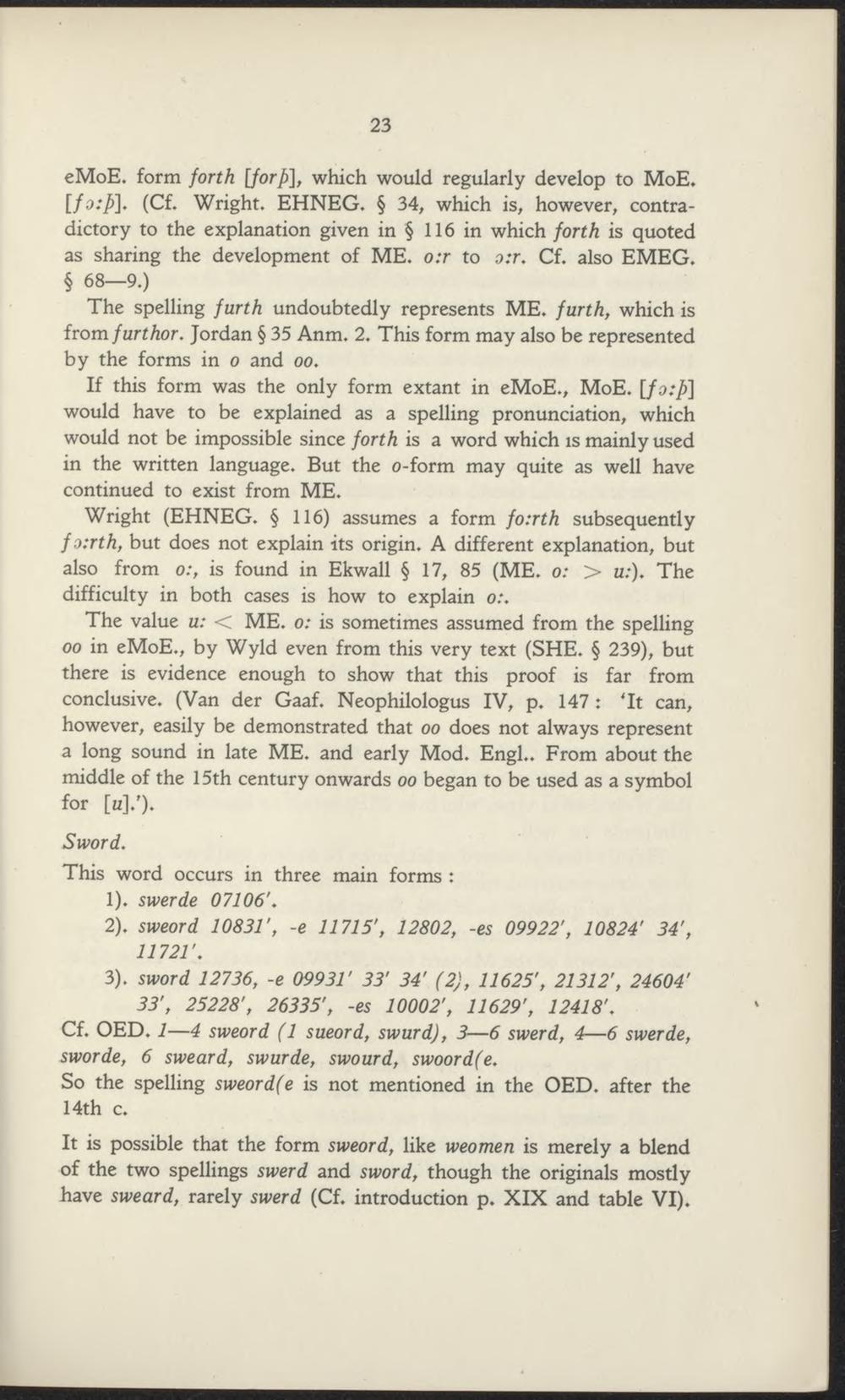 The spelling furth undoubtedly represents ME. furth, which is from furthor. Jordan § 35 Anm. 2. This form may also be represented by the forms in o and oo.

If this form was the only form extant in eMoE., MoE. [fo:p] would have to be explained as a spelling pronunciation, which would not be impossible since forth is a word which is mainly used in the written language. But the o-form may quite as well have continued to exist from ME.

The value u: < ME. o: is sometimes assumed from the spelling oo in eMoE., by Wyld even from this very text (SHE. § 239), but there is evidence enough to show that this proof is far from conclusive. (Van der Gaaf. Neophilologus IV, p. 147: 'It can, however, easily be demonstrated that oo does not always represent a long sound in late ME. and early Mod. Engl.. From about the middle of the 15th century onwards oo began to be used as a symbol for [b].').

It is possible that the form sweord, like weomen is merely a blend of the two spellings swerd and sword, though the originals mostly have sweard, rarely swerd (Cf. introduction p. XIX and table VI).