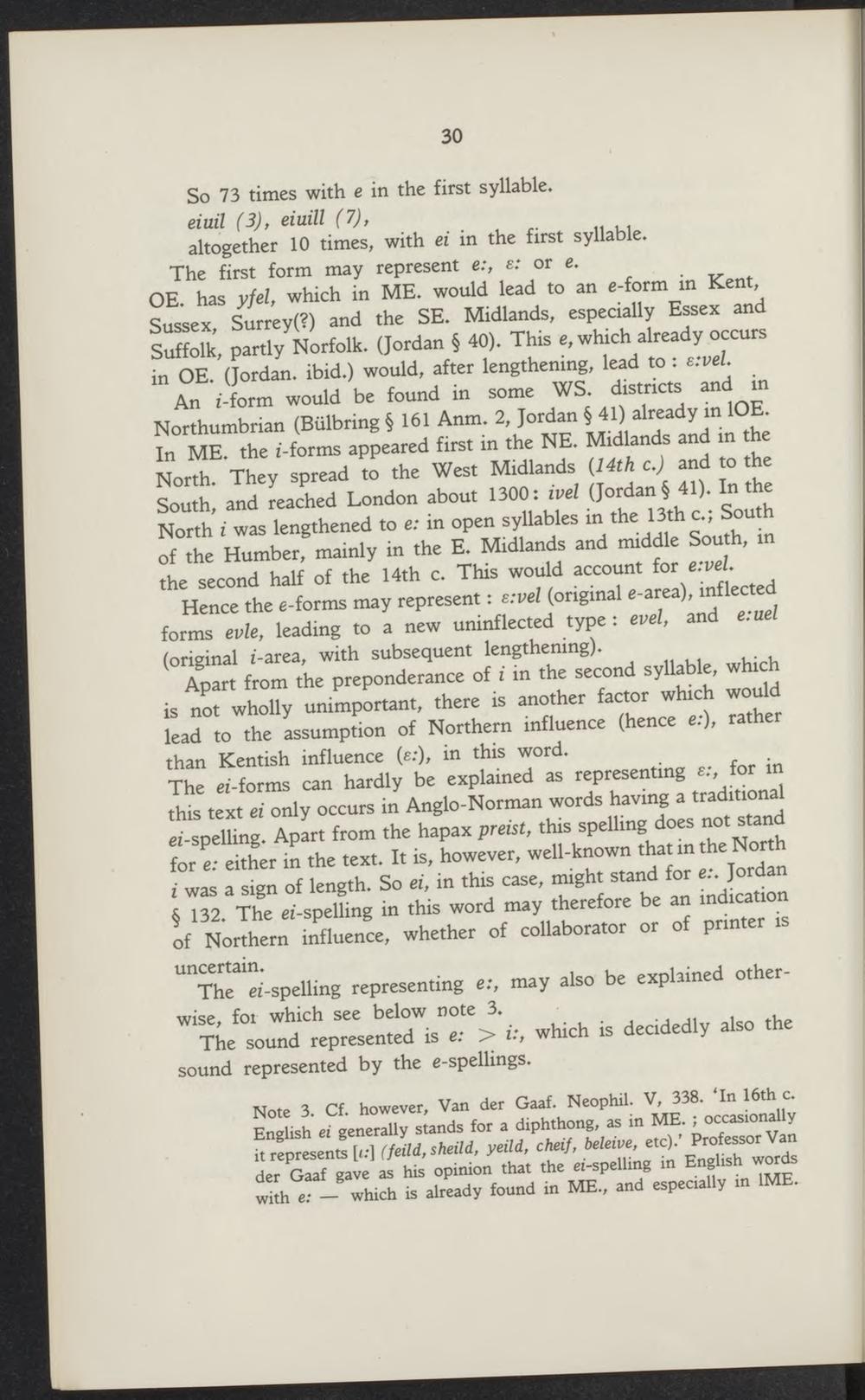 altogether 10 times, with ei in the first syllable. The first form may represent e:, e: or e. OE. has viel, which in ME. would lead to an e-formm Kent, Sussex, Surrey(?) and the SE. Midlands, espeoally Essex and sXkVpardy Norfolk. (Jordan § 40). This e,which^already.occurs in OE. (Jordan. ibid.) would, after lengthening, lead to: e.vel.

An i-form would be found in some WS districts and » Northumbrian (Bülbring § 161 Anm. 2, Jordan § 41) already m 10E. In ME the t-forms appeared fust in the NE. Midlands and in die No^ They spread to the West Midlands Wh,) and £ *e South, and reached London about 1300: ivel .J^* North i was lengthened to e: in open syllables m the lSth c, boun of tne Humber, mainly in the E. Midlands and middle South, m the second half of the 14th c. This would account for «»*

Apart from the preponderance of i in the second syllable, which is norwhony unimportant, there is another factor which would Ld to the assumption of Northern influence (hence e:), rather than Kentish influence {e:), in this word. ïhe ei-forms can hardly be explained as J^T* tms text ei only occurs in Anglo-Norman words havmg a traditional eÏpXg ApLt from the hapax preüt, this *^ «^ff fór eTSher in the text. It is, however, weU-known tha^ the No** £ was a sign of length. So ei, in this case, might stand for e:. Jordan The eT-spelUng in this word may thérefore be an indicaüon NorTne^i nSnce, whether of collaborator or of prmter is

^TS-speUing representing e:, may also be explained otherwise, for which see below note 3.