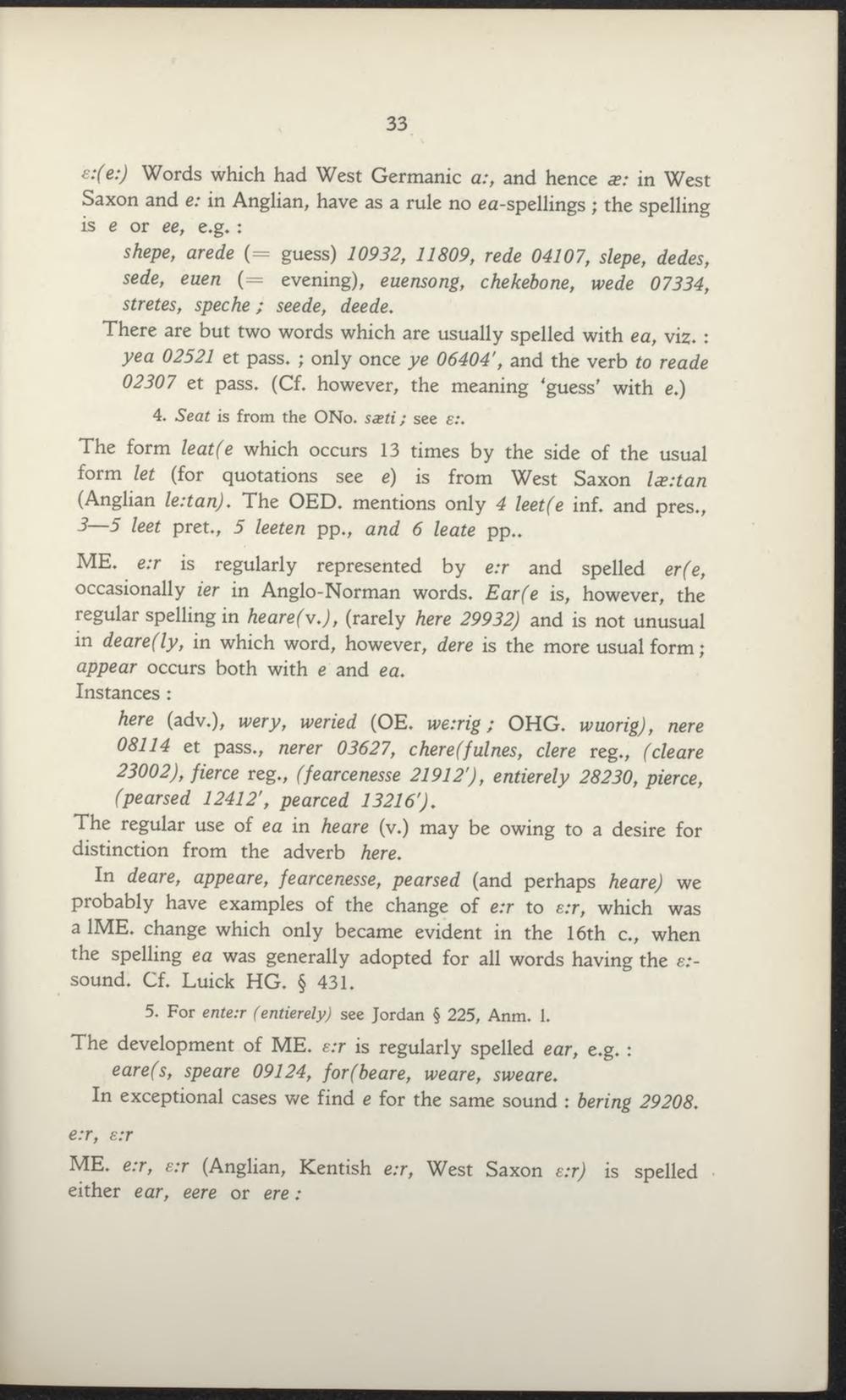 e:(et) Words which had West Germanic at, and hence xt in West Saxon and et in Anglian, have as a rule no ea-spellings ; the spelling is e or ee, e.g.:

ME. etr is regularly represented by e:r and spelled er(e, occasionally ver in Anglo-Norman words. Ear(e is, however, the regular spelling in hearefv,), (rarely here 29932) and is not unusual in dearefly, in which word, however, dere is the more usual form; appear occurs both with e and ea, Instances:

The regular use of ea in heare (v.) may be owing to a desire for

distinction from the adverb here.

probably have examples of the change of etr to etr, which was

a 1ME. change which only became evident in the 16th c, when

the spelling ea was generally adopted for all words having the e.--