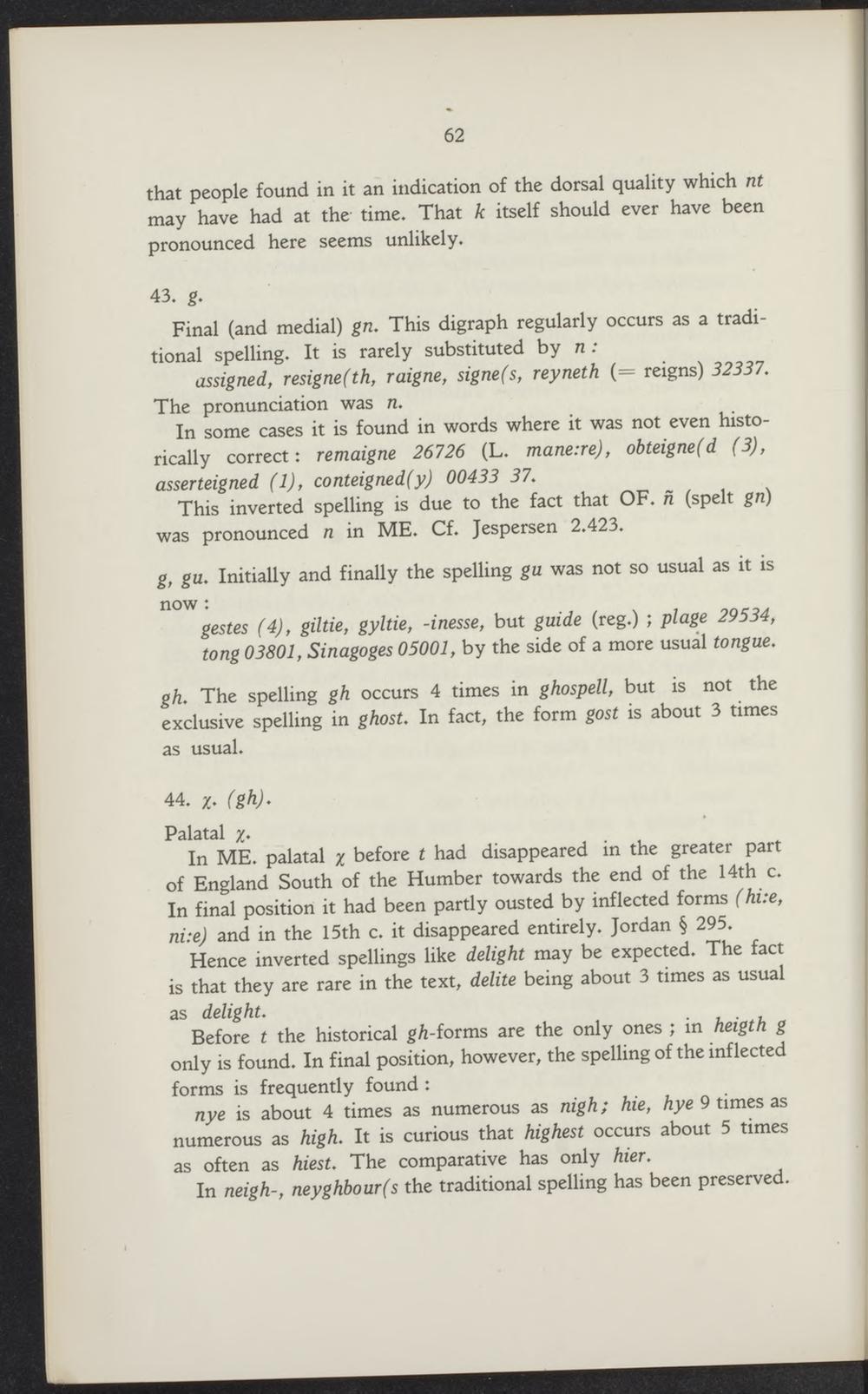 that people found in it ah indication of the dorsal quality which nt may have had at the time. That k itself should ever have been pronounced here seems unlikely.

Final (and medial) gn. This digraph regularly occurs as a traditional spelling. It is rarely substituted by n:

This inverted spelling is due to the fact that OF. n (spelt gn) was pronounced n in ME. Cf. Jespersen 2.423.

g, gu. Initially and finally the spelling gu was not so usual as it is

gh The spelling gh occurs 4 times in ghospell, but is not the exclusive spelling in ghost. In fact, the form gost is about 3 times as usual.

In ME. palatal % before t had disappeared tn the greater part

of England South of the Humber towards the end of the 14th c.

In final position it had been partly ousted by inflected forms (hue,

ni-e) and in the 15th c. it disappeared entirely. Jordan § 295. Hence inverted spellings like delight may be expected. The fact

is that they are rare in the text, delite being about 3 times as usual

Before t the historical gft-forms are the only ones ; in heigth g only is found. In final position, however, the spelling of the inflected forms is frequently found:

In neigh-, neyghbour(s the traditional spelling has been preserved.