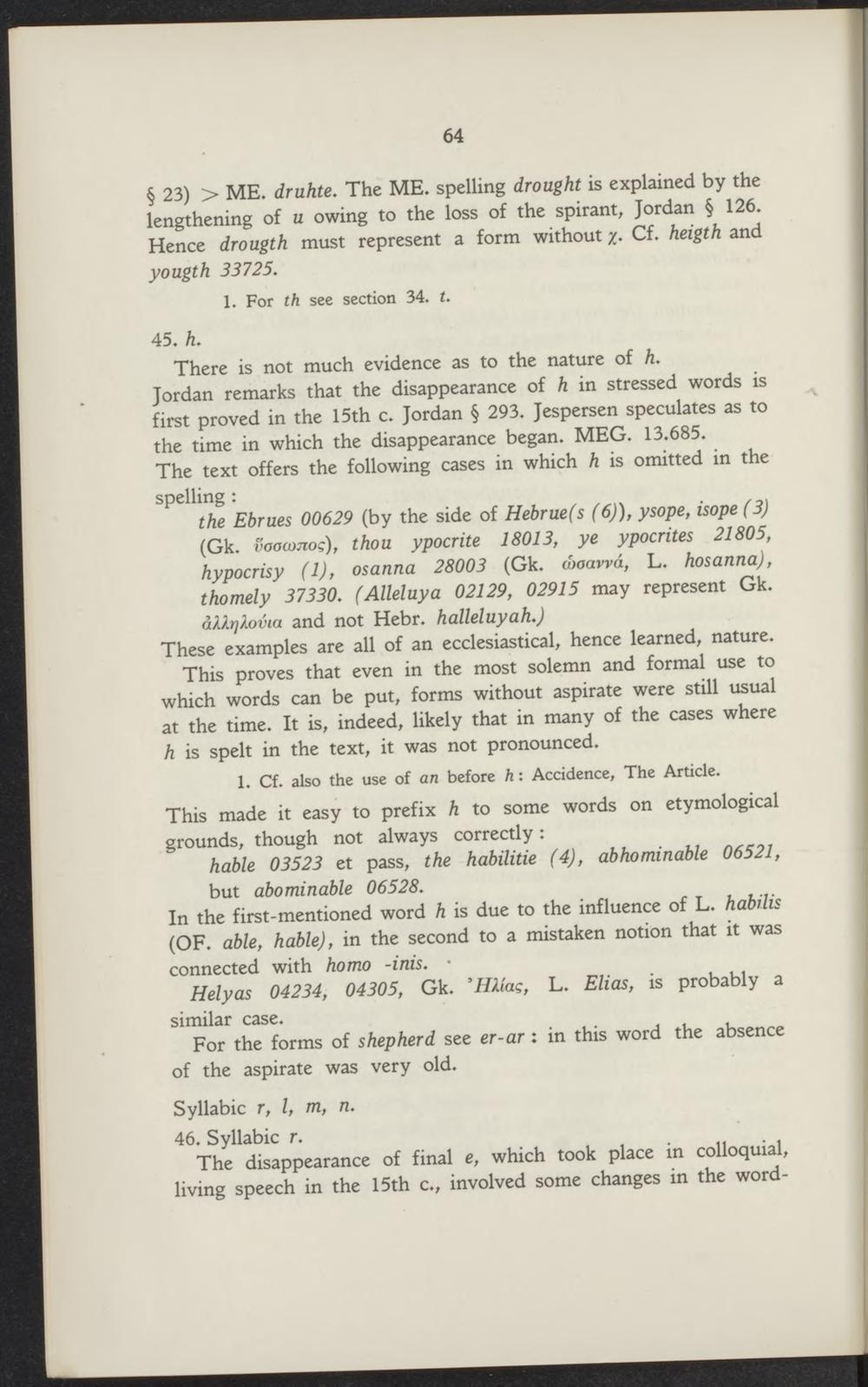 § 23) > ME. drukte. The ME. spelling drought is explained by the lengthening of u owing to the loss of the spirant, Jordan § 126 Hence drougth must represent a form without %. Cf. neigtn and yougth 33725.

There is not much evidence as to the nature of h. Jordan remarks that the disappearance of Ti in stressed words is first proved in the 15th c. Jordan § 293. Jespersen speculates as to the time in which the disappearance began. MEG. 13.685. The text offers the following cases in which h is omitted in the

This proves that even in the most solemn and formal use to which words can be put, forms without aspirate were still usual at the time. It is, indeed, likely that in many of the cases where h is spelt in the text, it was not pronounced.

1. Cf. also the use of an before ft: Accidence, The Article. This made it easy to prefix h to some words on etymological grounds, though not always correctly:

similar case. . For the forms of shepherd see er-ar: in this word the absence

The disappearance of final e, which took place in colloquial, living speech in the 15th c, involved some changes in the word-