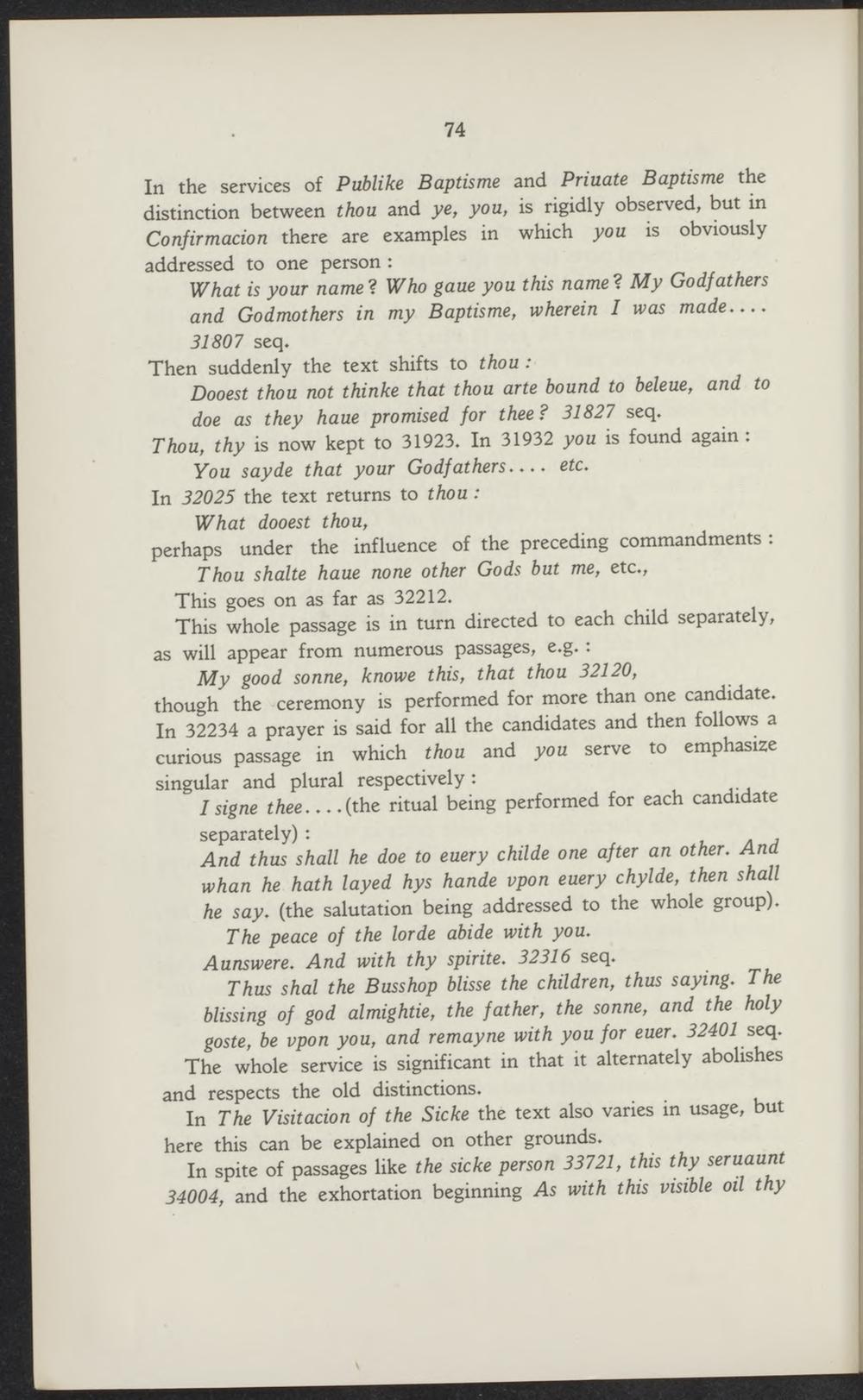 In the services of Publike Baptüme and Priuate Baptisme the distinction between thou and ye, you, is rigidly observed, but in Confirmacion there are examples in which you is obviously addressed to one person:

What is your name? Who gaue you this name? My Godfathers

and Godmothers in my Baptisme, wherein I was made

Dooest thou not thinke that thou arte bound to beleue, and to

You sayde that your Godfathers etc.

What dooest thou, perhaps under the influence of the preceding commandments: Thou shalte haue none other Gods but me, etc, This goes on as far as 32212.

This whole passage is in turn directed to each child separately, as will appear from numerous passages, e.g.:

My good sonne, knowe this, that thou 32120, though the ceremony is performed for more than one candidate. In 32234 a prayer is said for all the candidates and then follows a curious passage in which thou and you serve to emphasize singular and plural respectively:

I signe thee... .(the ritual being performed for each candidate

And thus shall he doe to euery childe one after an other. And whan he hath layed hys hande vpon euery chylde, then shall he say. (the salutation being addressed to the whole group).

The peace of the lorde dbide with you. Aunswere. And with thy spirite. 32316 seq.

Thus shal the Busshop blüse the chüdren, thus saying. The Missing of god almightie, the father, the sonne, and the holy goste, be vpon you, and remayne with you for euer. 32401 seq. The whole service is significant in that it alternately abolishes and respects the old distinctions.

In The Visitacion of the Sicke the text also varies in usage, but here this can be explained on other grounds.

In spite of passages like the sicke person 33721, thü thy seruaunt 34004, and the exhortation beginning As with thü visible oil thy