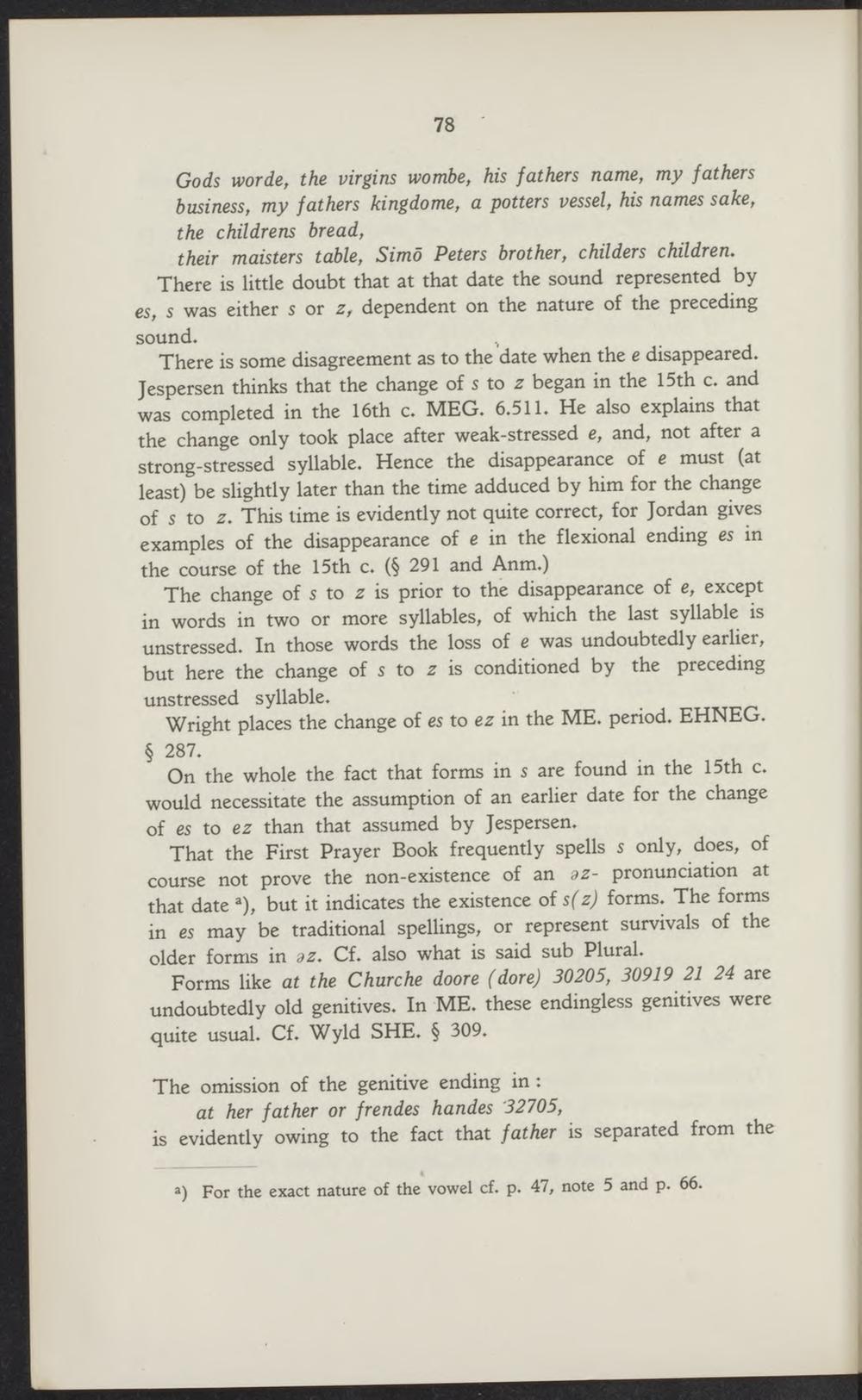 Gods worde, the virgins wombe, his fathers name, my fathers business, my fathers kingdome, a potters vessel, his names sake, the childrens bread,

their maisters table, Simö Peters brother, chüders chüdren. There is little doubt that at that date the sound represented by es, s was either s or z, dependent on the nature of the preceding sound. ,

There is some disagreement as to the date when the e disappeared. Jespersen thinks that the change of s to z began in the 15th c. and was completed in the 16th c. MEG. 6.511. He also explains that the change only took place after weak-stressed e, and, not after a strong-stressed syllable. Hence the disappearance of e must (at least) be slighdy later than the time adduced by him for the change of s to z. This time is evidendy not quite correct, for Jordan gives examples of the disappearance of e in the flexional ending es in the course of the 15th c. (§ 291 and Anm.)

Wright places the change of es to ez in the ME. period. EHNEG.

On the whole the fact that forms in s are found in the 15th c. would necessitate the assumption of an earlier date for the change of es to than that assumed by Jespersen.

That the First Prayer Book frequendy spells s only, does, of course not prove the non-existence of an az- pronunciation at that date a), but it indicates the existence of s(z) forms. The forms in es may be traditional spellings, or represent survivals of the older forms in dz. Cf. also what is said sub Plural.

The omission of the genitive ending in:

at her father or frendes handes 32705, is evidendy owing to the fact that father is separated from the