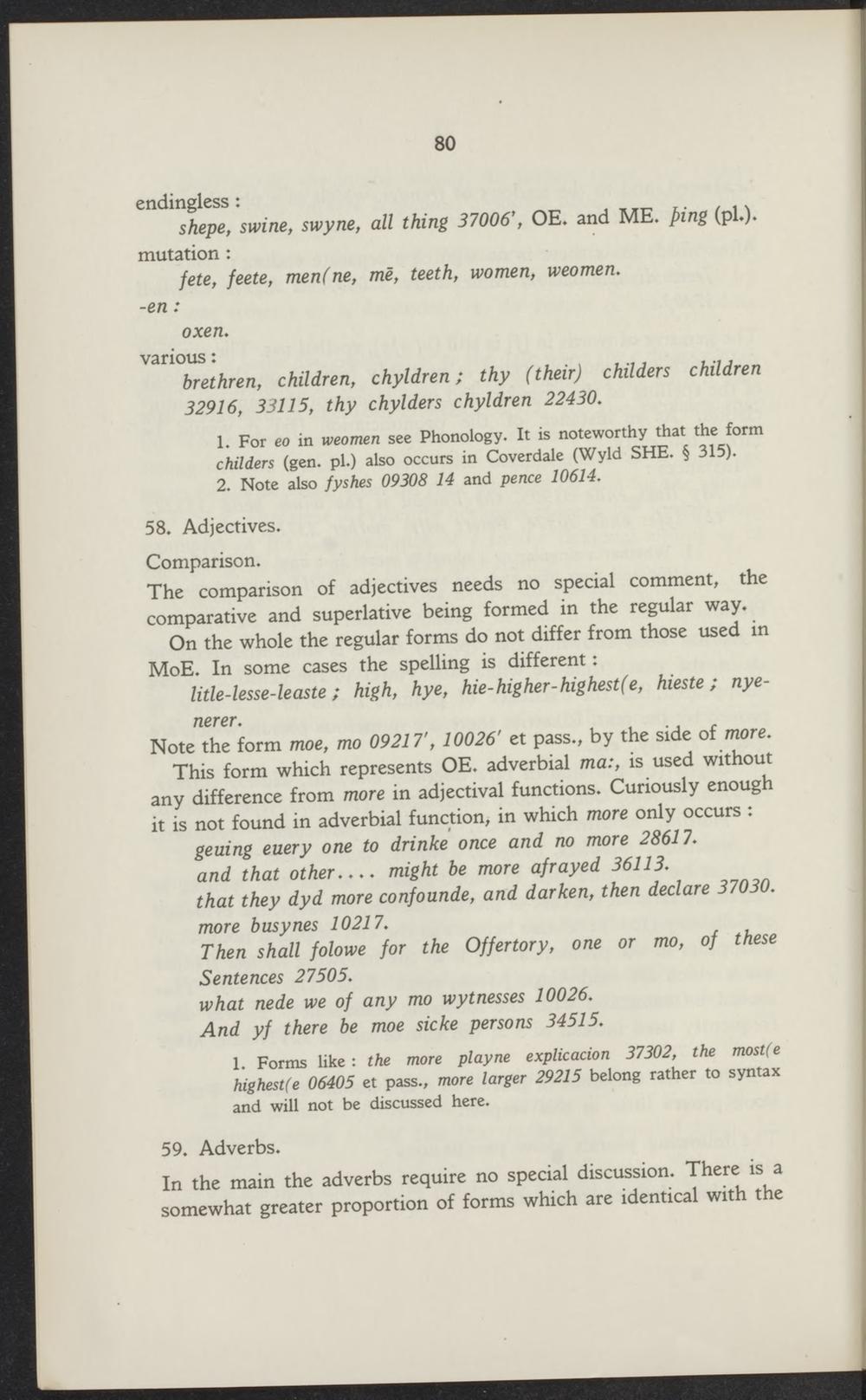 The comparison of adjectives needs no special comment, the comparative and superlative being formed in the regular way.

On the whole the regular forms do not differ from those used in MoE. In some cases the spelling is different:

This form which represents OE. adverbial ma:, is used without any difference from more in adjectival functions. Cunously enougn it is not found in adverbial function, in which more only occurs :

geuing euery one to drinke once and no more 28617.

that they dyd more confounde, and darken, then declare 37030.

Then shall folowe for the Offertory, one or mo, of these Sentences 27505.

In the main the adverbs require no special discussion. There is a somewhat greater proportion of forms which are idenücal with the