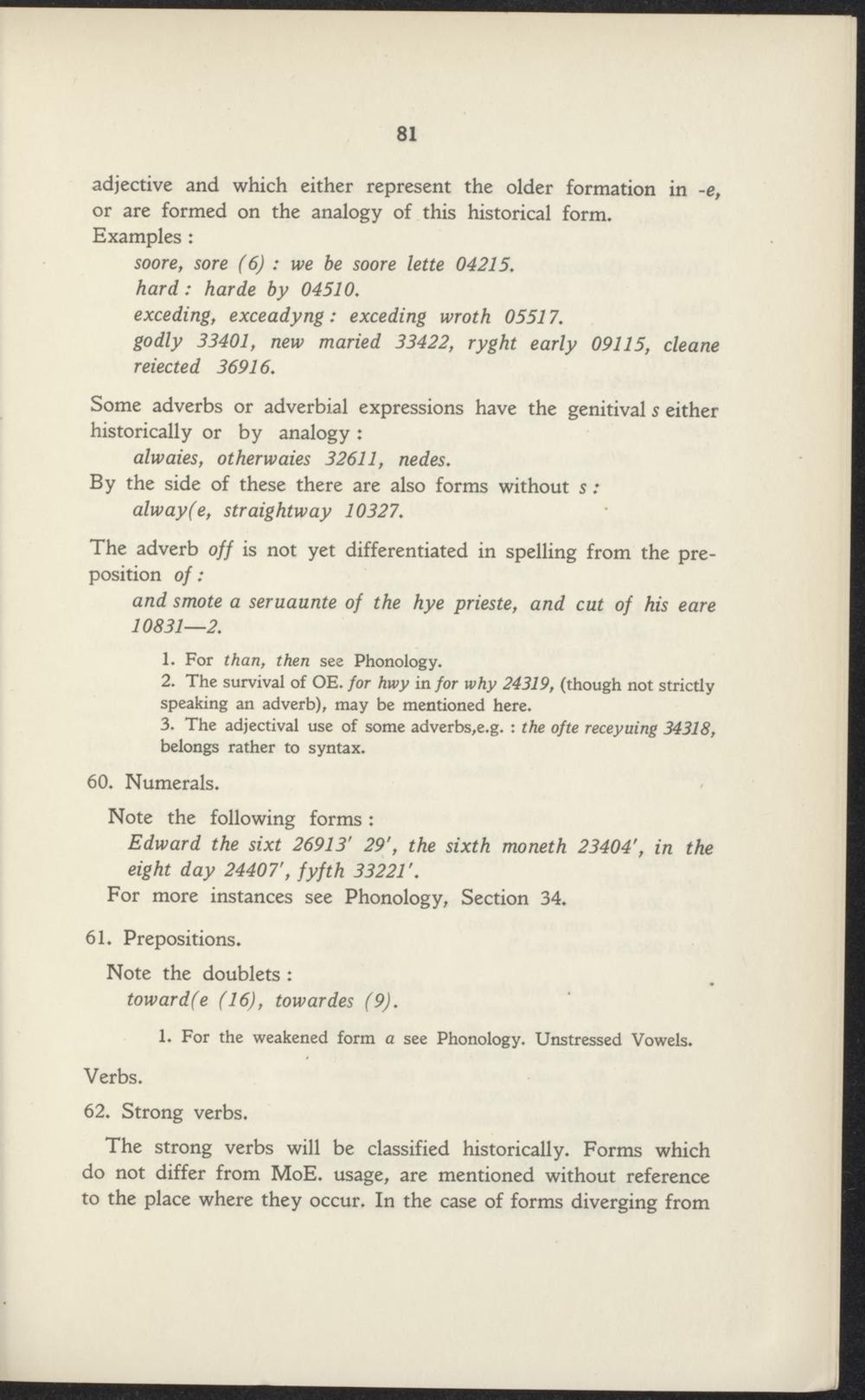 adjective and which either represent the older formation in -e, or are formed on the analogy of this historical form. Examples:

Some adverbs or adverbial expressions have the genidval s either historically or by analogy:

alwaies, otherwaies 32611, nedes. By the side of these there are also forms without 5 ï

The adverb off is not yet differentiated in spelling from the preposition of:

1. For than, then see Phonology.

2. The survival of OE. for hwy in for why 24319, (though not strictly speaking an adverb), may be mentioned here.

3. The adjectival use of some adverbs,e.g. : the ofte receyuing 34318, belongs rather to syntax.

1. For the weakened form a see Phonology. Unstressed Vowels.

The strong verbs will be classified historically. Forms which do not differ from MoE. usage, are mentioned without reference to the place where they occur, In the case of forms diverging from