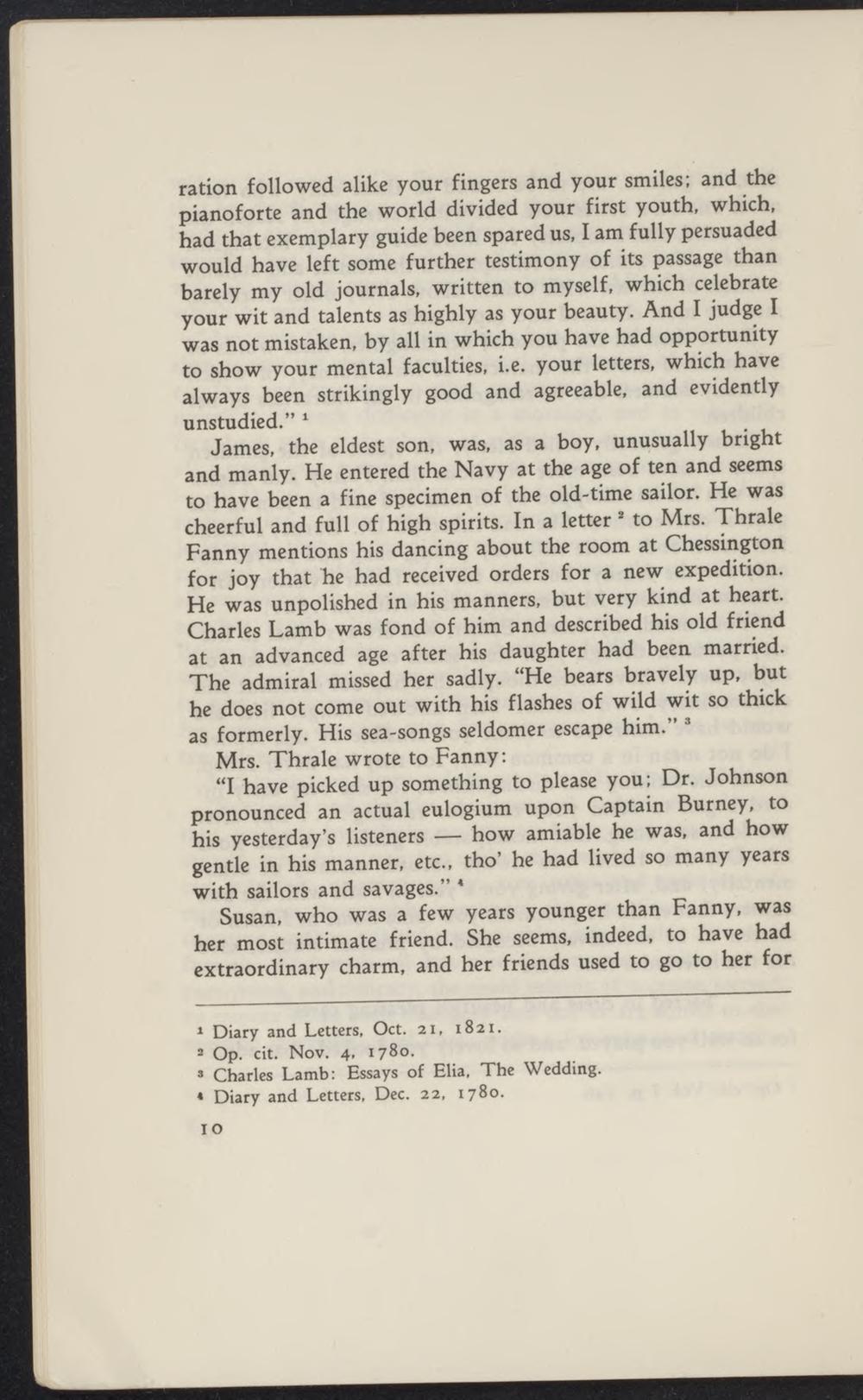 ration followed alike your fingers and your smUia; and the pianoforte and the world divided your first youth, which. had that exemplary guide been spared us, I am fully persuaded would have left some further testimony of its passage than barely my old journals, written to myself, which celebrate your wit and talents as highly as your beauty. And I judge I was not mistaken, by all in which you have had opportunity to show your mental faculties, i.e. your letters, which have always been strikingly good and agreeable, and evidently unstudied."1 .

James, the eldest son, was, as a boy, unusually bnght and manly. He entered the Navy at the age of ten and seems to have been a fine specimen of the old-time sailor. He was cheerful and full of high spirits. In a letter 8 to Mrs. Thrale Fanny mentions his dancing about the room at Chessington for joy that he had received orders for a new expedition. He was unpolished in his manners, but very kind at heart. Charles Lamb was fond of him and described his old friend at an advanced age after his daughter had been married. The admiral missed her sadly. "He bears bravely up, but he does not come out with his flashes of wild wit so thick as formerly. His sea-songs seldomer escape him." I Mrs. Thrale wrote to Fanny:

"I have picked up something to please you; Dr. Johnson pronounced an actual eulogium upon Captain Burney, to his yesterday's listeners — how amiable he was, and how gentle in his manner, etc, tho' he had lived so many years with sailors and savages." *

Susan, who was a few years younger than Fanny, was her most intimate friend. She seems, indeed, to have had extraordinary charm, and her friends used to go to her for