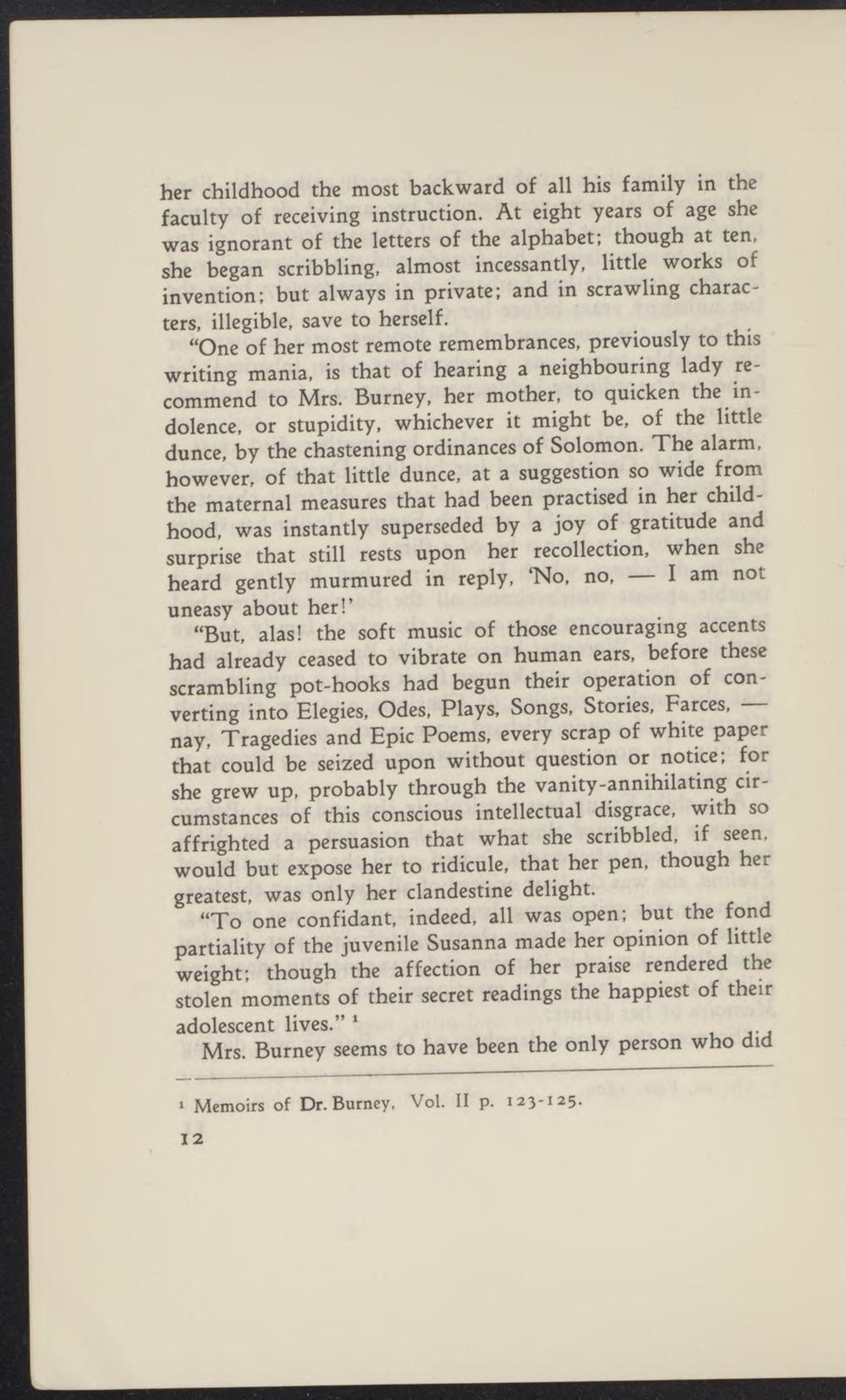 her childhood the most backward of all his family in the faculty of receiving instruction. At eight years of age she was ignorant of the letters of the alphabet; though at ten, she began scribbling, almost incessantly, little works of inventkm; but always in private; and in scrawling characters, illegible, save to herself.

"One of her most remote remembrances, previously to this writing mania, is that of hearing a neighbouring lady recommend to Mrs. Burney, her mother, to quicken the indolence, or stupidity, whichever it might be, of the little dunce, by the chastening ordinances of Solomon. The alarm, however, of that little dunce, at a suggestion so wide from the maternal measures that had been practised in her childhood, was instantly superseded by a joy of gratitude and surprise that still rests upon her recollection, when she heard gently murmured in reply, 'No, no, — I am not uneasy about her!'

"But, alas! the soft music of those encouraging accents had already ceased to vibrate on human ears, before these scrambling pot-hooks had begun their operation of converting into Elegies, Odes, Plays, Songs, Stories, Farces, — nay, Tragedies and Epic Poems, every scrap of white paper that could be seized upon without question or notfce; for she grew up, probably through the vanity-annihiladng circumstinces of this conscious intellectual disgrace, with so arrVighted a persuasion that what she scribbled, if seen, would but exposé her to ridicule, that her pen, though her greatest, was only her clandestine delight.

"To one confidant, indeed, all was open; %ut the fönd partiality of the juvenile Susanna made her opinion of little weight; though the affection of her praise rendered the stolen moments of their secret readings the happiest of their adolescent lives." 1

Mrs. Burney seems to have been the only person who did