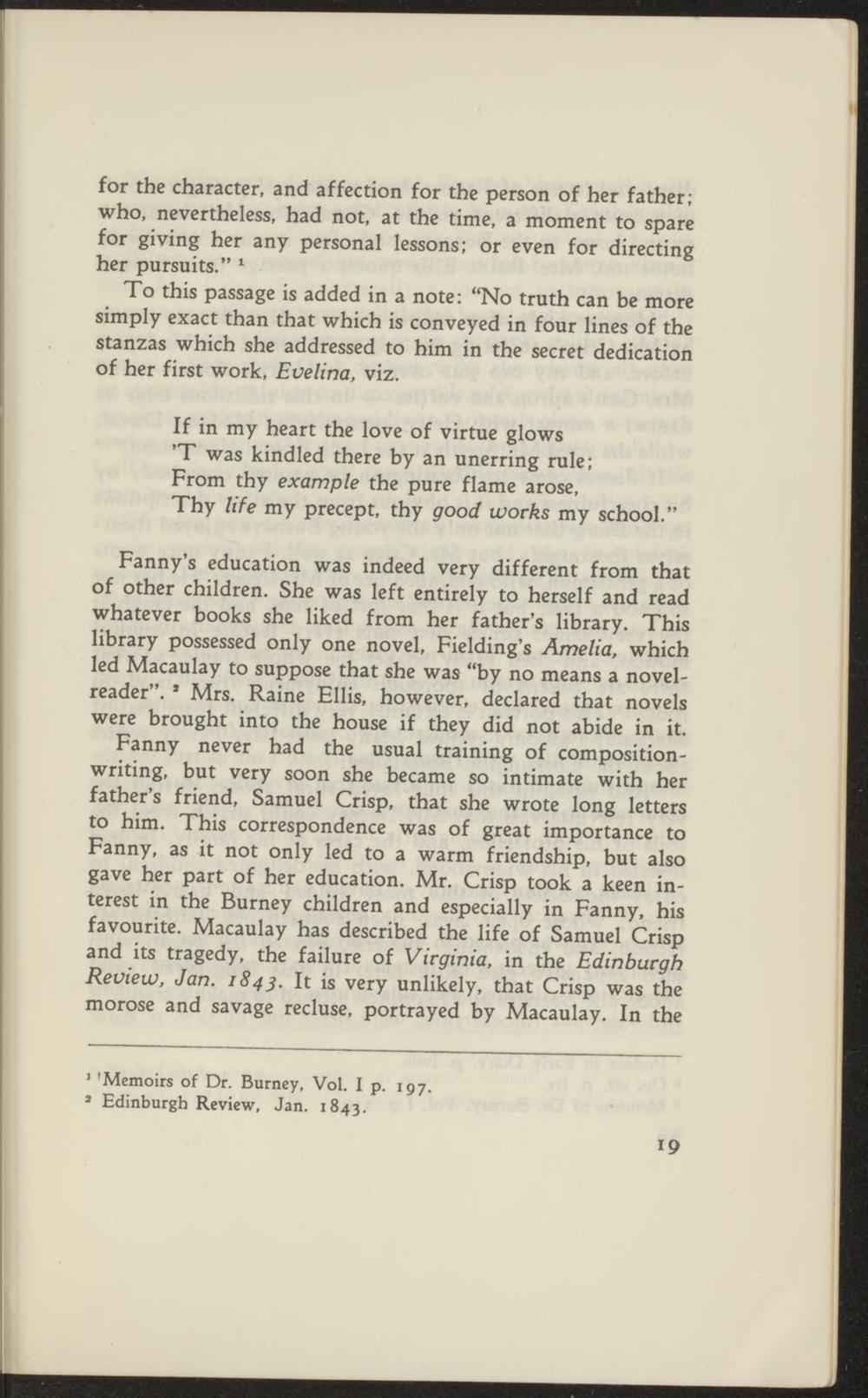 for the character, and affection for the person of her father; who, nevertheless, had not, at the time, a moment to sparé for giving her any personal lessons; or even for directing her pursuits." 1

To this passage is added in a note: "No truth can be more simply exact than that which is conveyed in four lines of the «tanzas which she addressed to him in the secret dedication of her first work, Evelina, viz.

If in my heart the love of virtue glows

'T was kindled there by an unerring rule;

From thy example the pure flame arose,

Thy life my precept, thy good works my school."

Fanny's education was indeed very different from that of other children. She was left entirely to herself and read whatever books she liked from her father's library. This library possessed only one novel, Fielding's Amelia, which led Macaulay to suppose that she was "by no means a novelreader". * Mrs. Raine Ellis, however, declared that novels were brought into the house if they did not abide in it.

Fanny never had the usual training of compositionwnting, but very soon she became so intimate with her father's friend, Samuel Crisp, that she wrote long letters to him. This correspondence was of great importance to Fanny, as it not only led to a warm friendship, but also gave her part of her education. Mr. Crisp took a keen interest in the Burney children and especially in Fanny, his favourite. Macaulay has described the life of Samuel Crisp and its tragedy, the failure of Virginia. in the Edinburgh Review, Jan. 1843. It is very unlikely, that Crisp was the morose and savage recluse, portrayed by Macaulay. In the