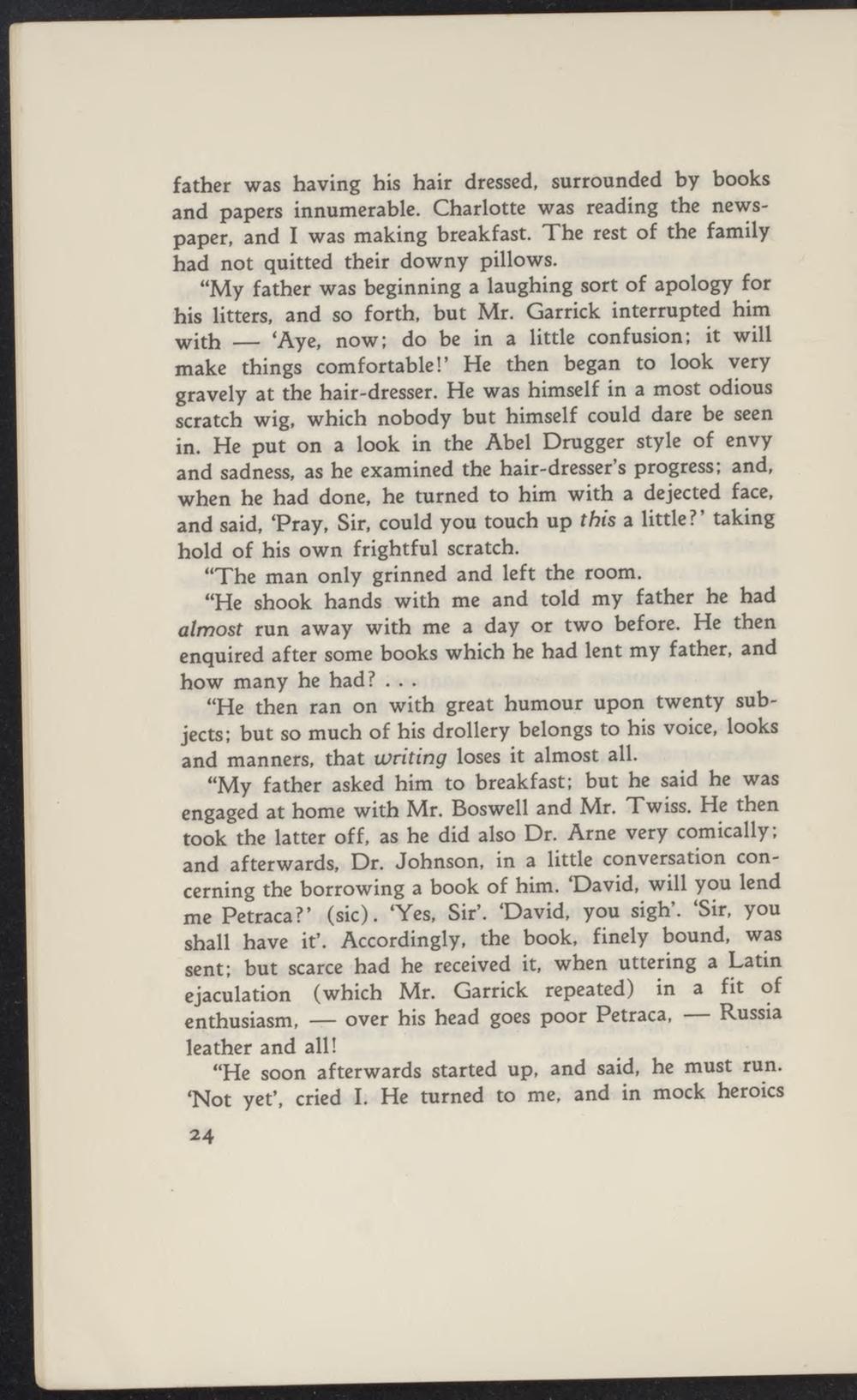 father was having his hair dresscd, surrounded by books and papers innumerable. Charlotte was reading the newspaper, and I was making breakfast. The rest of the family had not quitted their downy pillows.

"My father was beginning a laughing sort of apology for his litters, and so forth, but Mr. Garrick interrupted him with — 'Ave, now; do be in a little confusion; it will make things comforttble!' He then began to look very gravely at the hair-dresser. He was himself in a most odious scratch wig, which nobody but himself could dare be seen in. He put on a look in the Abel Drugger style of envy and sadness, as he examined the hair-dresser's progress; and, when he had done, he turned to him with a dejected face, and said, 1?ray, Sir, could you touch up this a little?' taking hold of his own frightful scratch.

"The man only grinned and left the room. "He shook hands with me and told my father he had almost run away with me a day or two before. He then enquired after some books which he had lent my father, and how many he had? . . .

"He then ran on with great humour upon twenty subjects; but so much of his drollery belongs to his voice^ looks and manners, that writing loses it almost all.

"My father asked him to breakfast; but he said he was engaged at home with Mr. Boswell and Mr. Twiss. He thea took the latuw off. as he did also Dr. Arne very comically; and afterwards, Dr. Johnson, in a little convettation concerning the borrowing a book of him. 'David, will you lend me Petraca?' (sk). 'Yes, Sir\ 'David, you sigh'. 'Sir, you shall have it'. Accordingly, the book, fiaely bound, was tent; but scarce had he received it, when uttering a Latin ejaculation (which Mr. Garrick repeated) in a fit of enthusiasm, — over his head goes poor Petraca, — Rustia leather and all!

"He soon afterwards started up, and said, he must run. *Not yct', cried I. He turaed to me, and in mock heroics