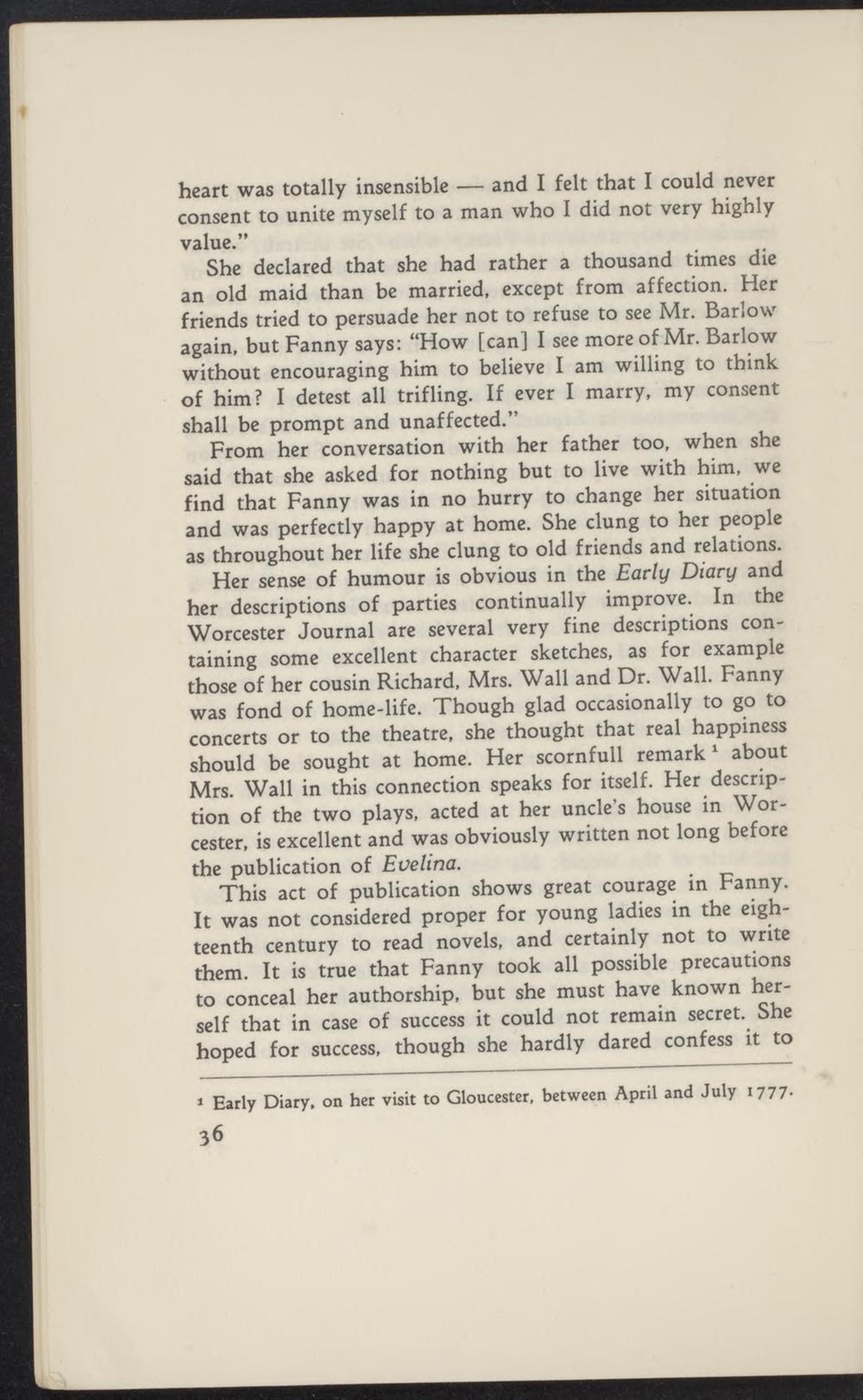 heart was totally insensible — and I feit that I could never consent to unite myself to a man who I did not very highly value."

She declared that she had rather a thousand tunes die an old maid than be married, except from affection. Her friends tried to persuade her not to refuse to see Mr. Barlow again, but Fanny says: "How [can] I see more o£Mr. Barlow Without encouraging him to believe I am willing to think of him? I detest all trifling. If ever I marry, my consent shall be prompt and unaffected."

From her conversation with her father too, when she said that she asked for nothing but to live with him, we find that Fanny was in no hurry to change her situation and was perfectly happy at home. She dung to her people as throughout her life she clung to old friends and relations.

Her sense of humour is obvious in the Early Diary and her descriptions of parties continually improve. In the Worcester Journal are several very fine descriptions containing some excellent character sketches, as for example those of her cousin Richard, Mrs. Wall and Dr. Wall. Fanny was fond of home-life. Though glad occasionally to go to concerts or to the theatre, she thought that real happiness should be sought at home. Her scornfull remark1 about Mrs. Wall in this connectkm speaks for itself. Her description of the two plays, acted at her uncle's house m Worcester, is excellent and was obviously written not long before the publication of Evelina.

This act of publication shows great courage in Fanny. It was not considered proper for young ladies in the eighteenth century to read novels, and certainly not to write them. It is true that Fanny took all possible precautions to conceal her authorship, but she must have known herself that in case of success it could not remain secret. She hoped for success, though she hardly dared confess it to

* Early Diary. on her visit to Gloucester, between April and July 1777-