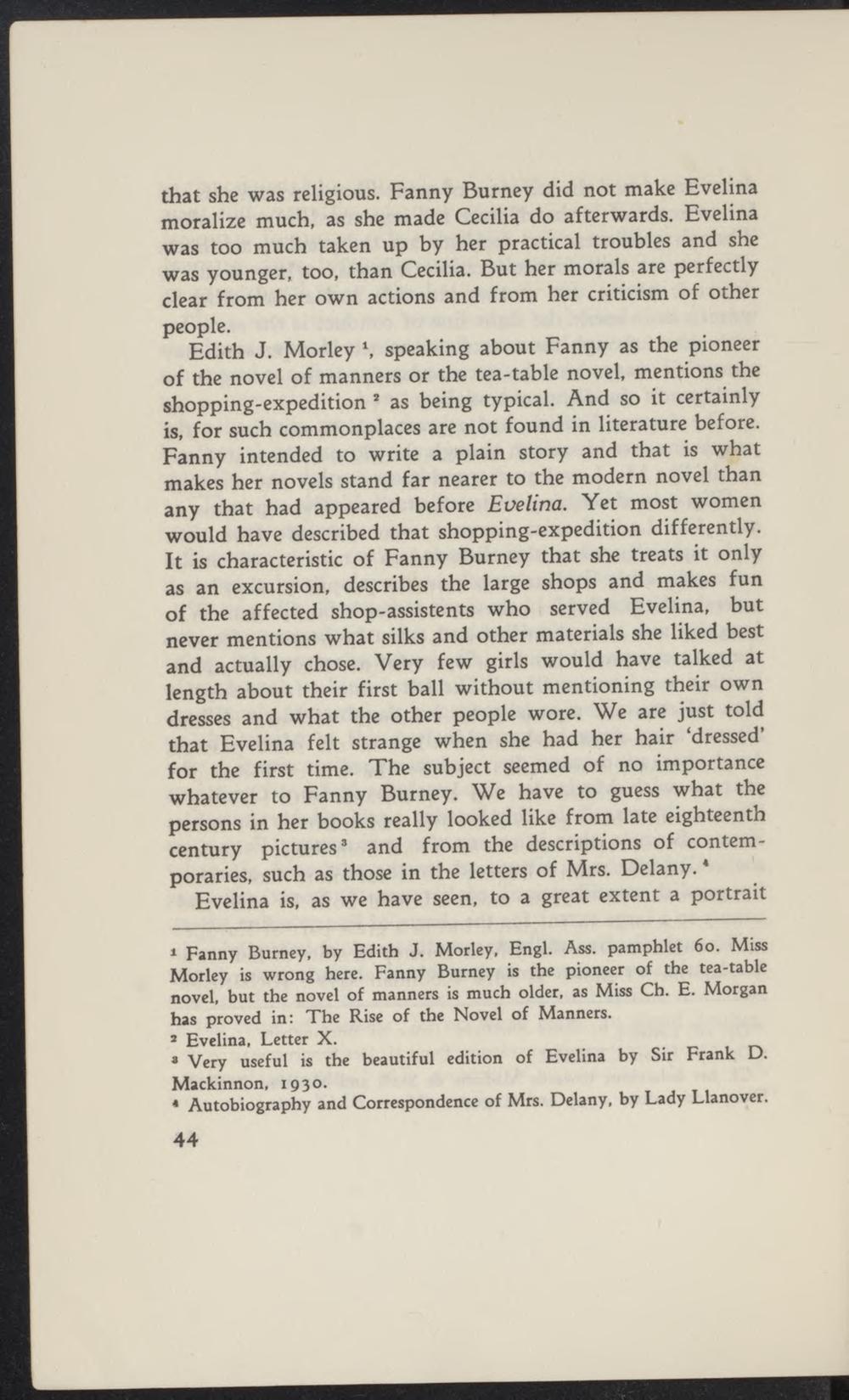 that she was religious. Fanny Burney did not make Evelina moralize much, as she made Cecilia do afterwards. Evelina was too much taken up by her practical troubles and she was younger, too, than Cecilia. But her morals are perfectly clear from her own actions and from her criticism of other people.

Edith J. Morley1, speaking about Fanny as the pioneer of the novel of manners or the tea-table novel, mentions the shopping-expedition ( as being typical. And so it certainly is, for such commonplaces are not found in literature before. Fanny intended to write a plain story and that is what makes her novels stand far nearer to the modern novel than any that had appeared before Evelina. Yet most women would have described that shopping-expedition differently. It is characteriatic of Fanny Burney that she treats it only as an excursion, describes the large shops and makes fun of the affected shop-assistents who served Evelina, but never mentions what silks and other materials she liked best and actually chose. Very few girls would have talked at length about their first ball without mentioning their own dresses and what the other people wore. We are just told that Evelina feit strange when she had her hair 'dressed' for the first time. The subject seemed of no importance whatever to Fanny Burney. We have to guess what the persons in her books really looked like from late eighteenth century pictures' and from the descriptions of contemporaries, süch as those in the letters of Mrs. Delany. *

Evelina is, as we have seen, to a great extent a portrait

» Fanny Burney, by Edith J. Morley, Engl. Ass. pamphkt 60. Miss Morley is wrong here. Fanny Burney is the pioneer of the tea-table novel, but the novel of manners is much older. as Miss Ch. E. Morgan has proved in: The Rise of the Novel of Mannen.

« Very useful is the beautiful edition of Evelina by Sir Frank D. Mackinnon, 1930.

* Autobiography and Correspondence of Mts. Delany, by Lady Llanover.