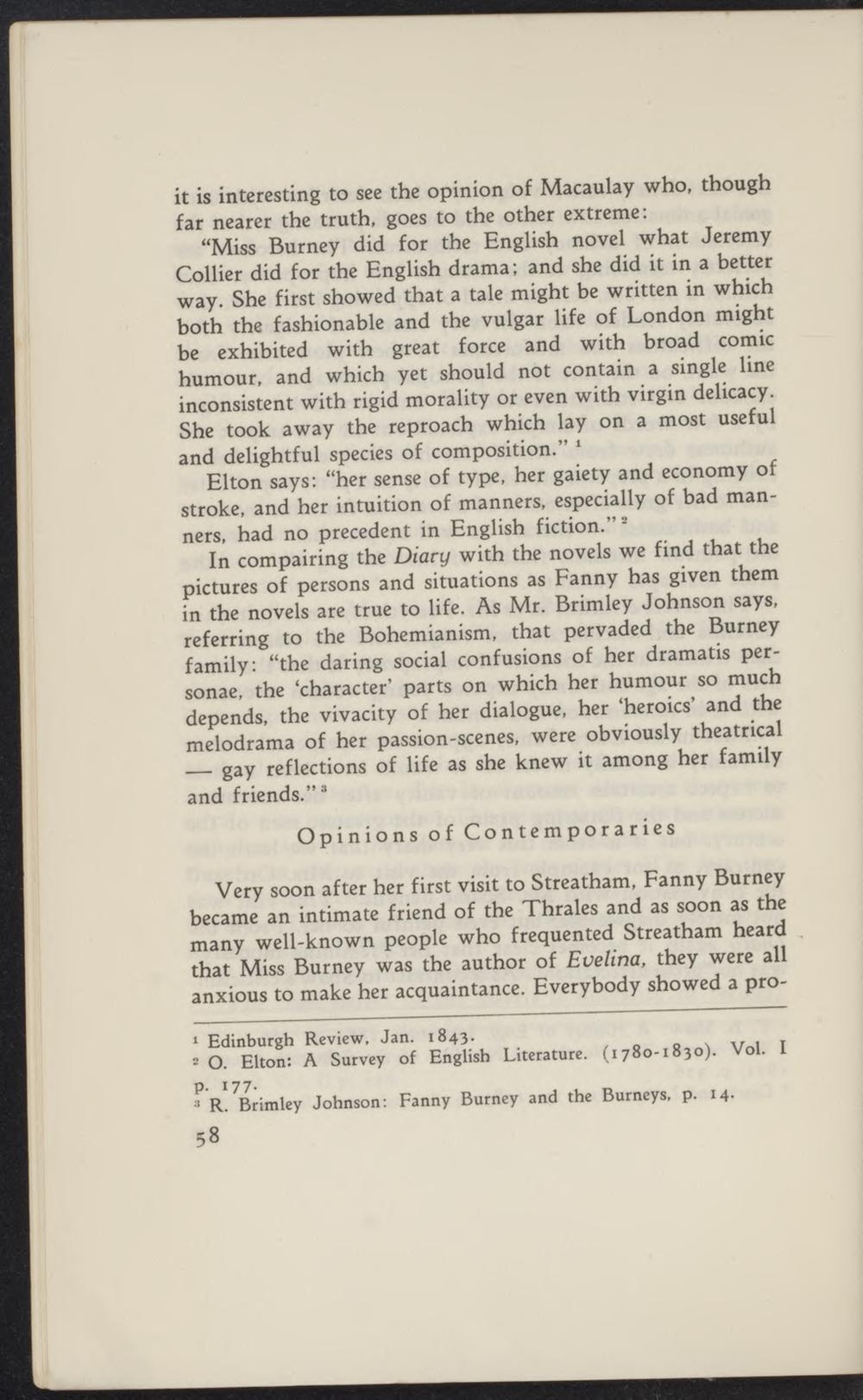 it is interesting to see the opinion of Macaulay who, though far nearer the truth, goes to the other extreme:

"Miss Burney did for the English novel what Jeremy Collier did for the English drama; and she did it in a better way. She first showed that a tale might be written in which both the fashionable and the vulgar life of London might be exhibited with great force and with broad comic humour. and which yet should not contain a single lme inconsistent with rigid morality or even with virgm deUcacy. She took away the reproach which lay on a most userul and delightful species of composition." 1

Elton says: "her sense of type, her gaiety and economy ot stroke, and her intuition of manners^ especially of bad manners, had no precedent in English fiction."1

In compairing the Diary with the novels we find that the pictures of persons and situations as Fanny has given them in the novels are true to life. As Mr. Brimley Johnson says, referring to the Bohemianism. that pervaded the Burney family: "the daring social confusions of her dramatis personae, the 'character' parts on which her humour so much depends. the vivacity of her dialogue. her 'hewcs' and the melodrama of her passion-scenes, were obvioualy theatrical gay reflections of life as she knew it among her family and friends."*

Very soon after her first visit to Streatham, Fanny Burney became an intimate friend of the Thrales and as soon as the many well-known people who frequented Streatham heard that Miss Burney was the author of Evelina, they were all anxious to make her acquaintance. Everybody showed a pro-