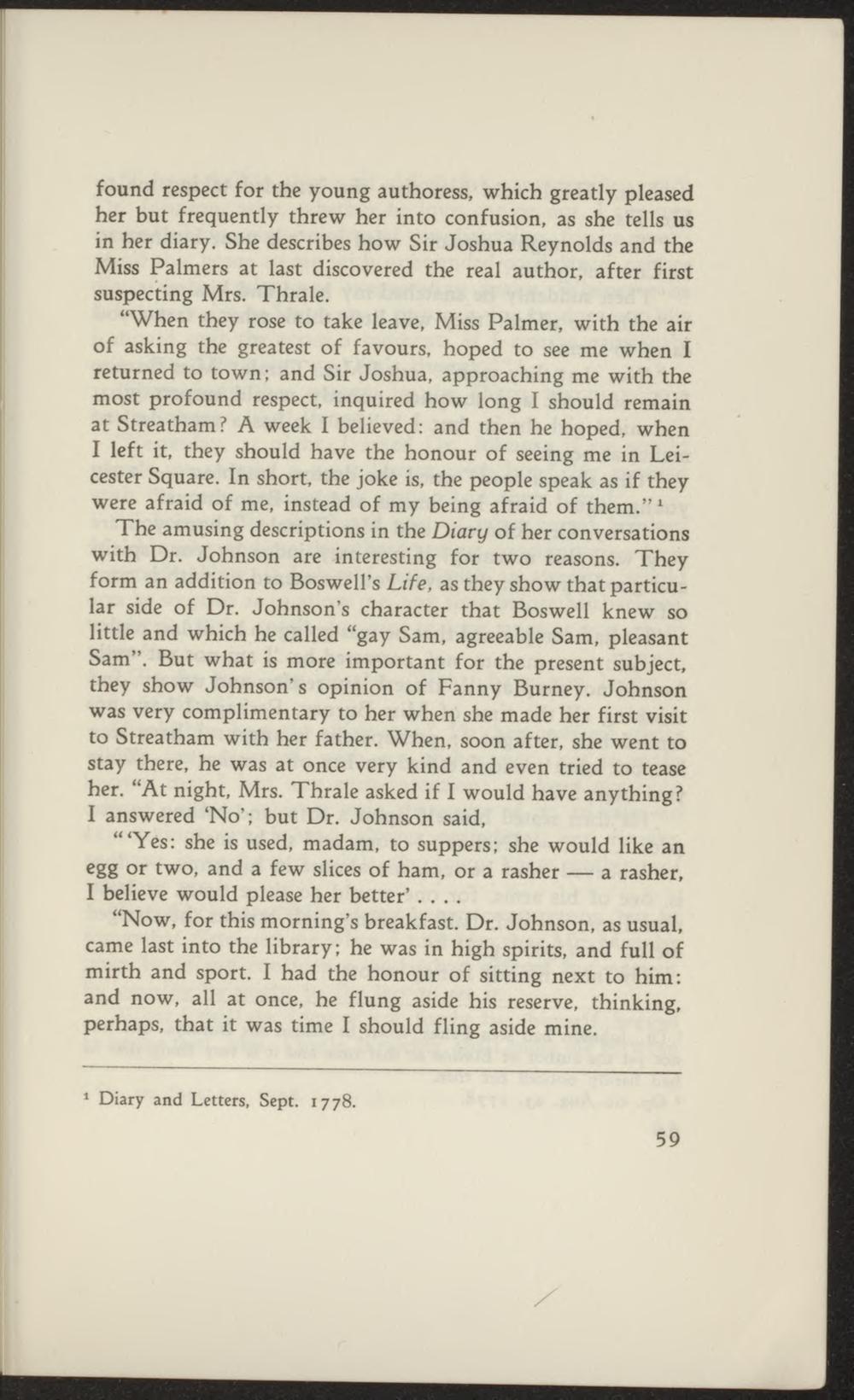 found respect for the young authoress, which greatly pleased her but frequently threw her into confusion, as she tells us in her diary. She describes how Sir Joshua Reynolds and the Miss Palmers at last discovered the real author, after first suspecting Mrs. Thrale.

"When they rose to take leave, Miss Palmer, with the air of asking the greatest of favours, hoped to see me when I returned to town; and Sir Joshua, approaching me with the most profound respect, inquired how long I should remain at Streatham? A week I believed: and then he hoped, when I left it, they should have the honour of seeing me in Leicester Square. In short, the joke is, the people speak as if they were afraid of me, instead of my being afraid of them."1

The amusing descriptions in the Diary of her conversations with Dr. Johnson are interesting for two reasons. They f orm an addltion to BoswelPs Life, as they show that particular side of Dr. Johnson's character that Bos well knew so little and which he called "gay Sam, agreeable Sam, pleasant Sam". But what is more important for the present subject, they show Johnson's opinion of Fanny Burney. Johnson was very complimentary to her when she made her first visit to Streatham with her father. When, soon after, she went to stay there, he was at once very kind and even tried to tease her. "At night, Mrs. Thrale asked if I would have anything? I answered *No'; but Dr. Johnson said,

"*Yés: she is used, madam, to suppers; she would like an egg or two, and a few slices of ham, or a rasher — a rasher, I believe would please her better'....

"Now, for this morning's breakfast. Dr. Johnson, as usual, came last into the library; he was in high spirits, and full of mirth and sport. I had the honour of sitting next to him: and now, all at once, he flung aside his reserve, thinking, perhaps, that it was time I should fling aside mine.