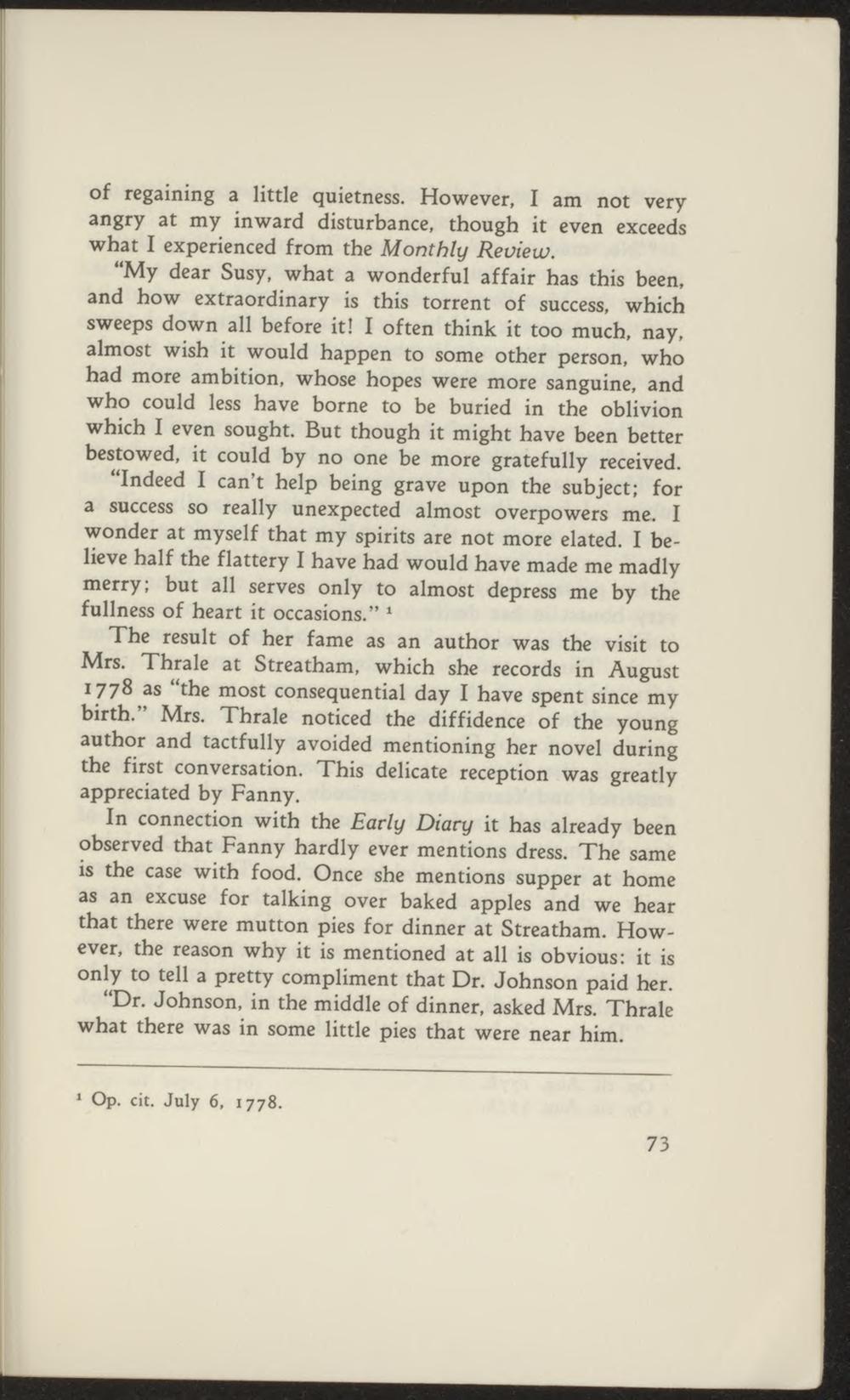 of regaining a little quietness. However, I am not very angry at my inward disturbance, though it even exceeds what I experienced from the Monthly Review.

"My dear Susy, what a wonderful affair has this been, and how extraordinary is this torrent of success, which sweeps down all before it! I often think it too much, nay, almost wish it would happen to some other person, who had more ambition, whose hopes were more sanguine, and who could less have borne to be buried in the oblivion which I even sought. But though it might have been better bestowed, it could by no one be more gratefully received.

"Indeed I can't help being grave upon the subject; for a success so really unexpected almost overpowers me. I wonder at myself that my spirits are not more elated. I beheve half the flattery I have had would have made me madly merry; but all serves only to almost depress me by the fu 11 ness of heart it occasions." 1

The result of her fame as an author was the visit to Mrs. Thrale at Streatham, which she records in August 1778 as "the most consequential day I have spent since my birth." Mrs. Thrale noticed the diffidence of the young author and tactfully avoided mentioning her novel during the first conversation. This delicate reception was greatly appreciated by Fanny.

In connection with the Early Diary it has already been observed that Fanny hardly ever mentions dress. The same is the case with food. Once she mentions supper at home as an excuse for talking over baked apples and we hear that there were mutton pies for dinner at Streatham. However, the reason why it is mentioned at all is obvious: it is only to teil a pretty compliment that Dr. Johnson paid her.

"Dr. Johnson, in the middle of dinner, asked Mrs. Thrale what there was in some little pies that were near him.