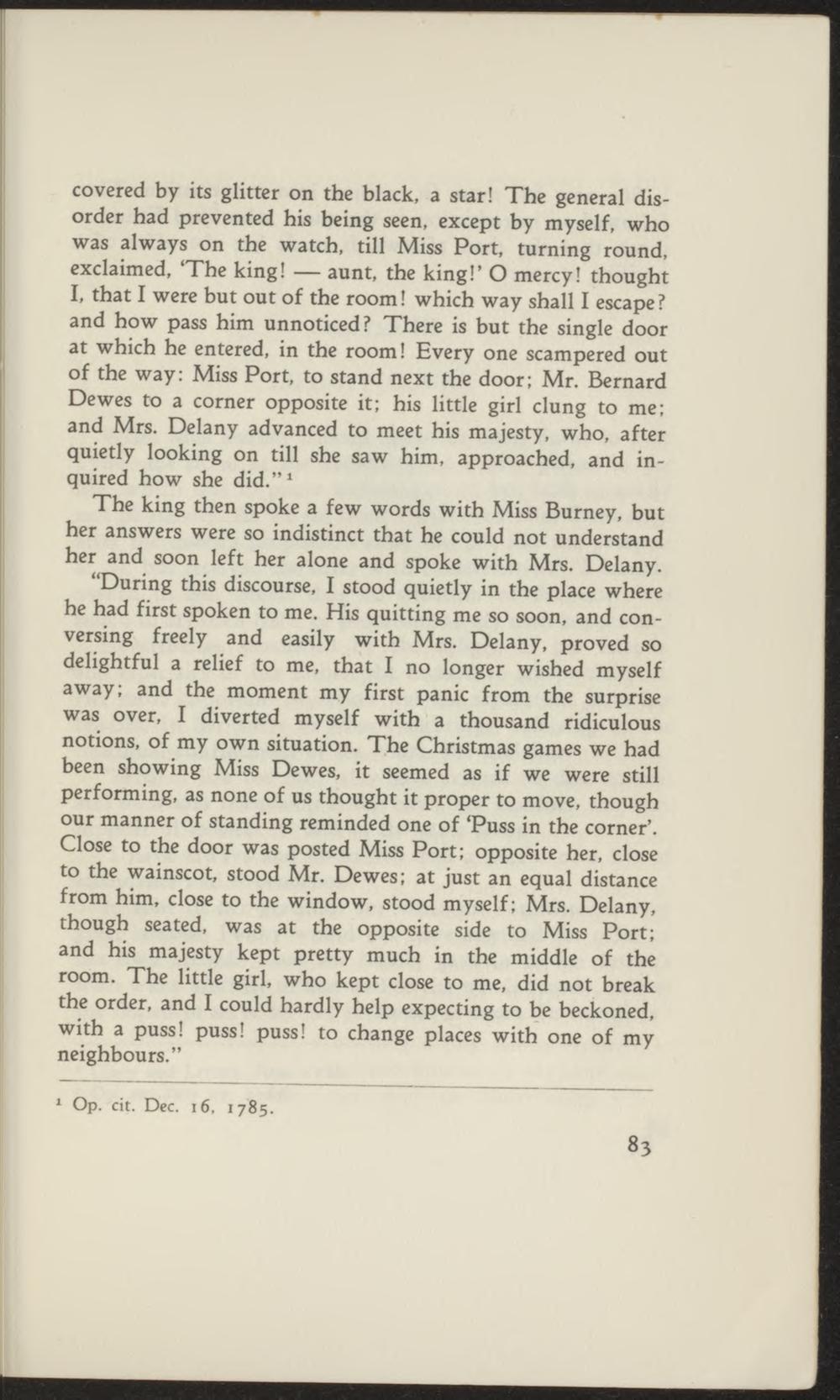 covered by its glitter on the black, a star! The general disorder had prevented his being seen, except by myself, who was always on the watch, till Miss Port, tarning round, exclaimed, The king! — aunt, the king!' O mercy! thought I, that I were but out of the room! which way shall I escape? and how pass him unnoticed? There is but the single door at which he entered, in the room! Every one scampered out of the way: Miss Port, to stand next the door; Mr. Bernard Dewes to a corner opposite it; his little girl clung to me; and Mrs. Delany advanced to meet his majesty, who, after quietly looking on till she saw him, approacbed, and inquired how she did."1

The king then spoke a few words with Miss Burney, but her answers were so indistinct that he could not understand her and soon left her alone and spoke with Mrs. Delany.

"During this discourse, I stood quietly in the place where he had first spoken to me. His quitting me so soon, and conversing freely and easily with Mrs. Delany, proved so delightful a reliëf to me, that I no longer wished myself away; and the moment my first panic from the surprise was over, I diverted myself with a thousand ridiculous notions, of my own situation. The Christmas games we had been showing Miss Dewes, it seemed as if we were still performing, as none of us thought it proper to move, though our manner of standing reminded one of Puss in the corner'. Close to the door was posted Miss Port; opposite her, close to the wainscot, stood Mr. Dewes; at just an equal distance from him, close to the window, stood myself; Mrs. Delany, though seated, was at the opposite side to Miss Port; and his majesty kept pretty much in the middle of the room. The little girl, who kept close to me, did not break the order, and I could hardly help expecting to be beckoned, with a puss! puss! puss! to change places with one of my neighbours."