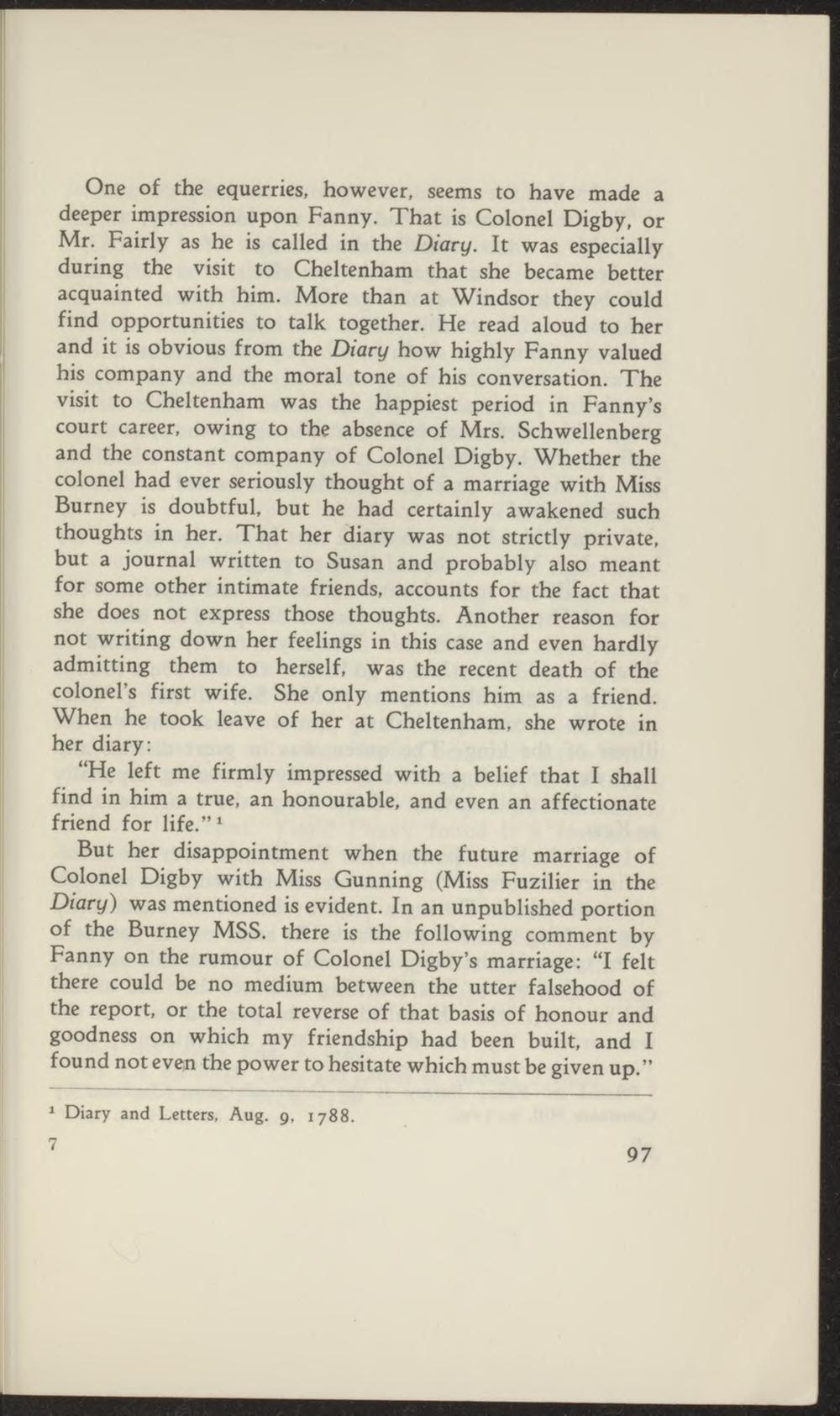 One of the equerries, however, seems to have made a deeper impression upon Fanny. That is Colonel Digby, or Mr. Fairly as he is called in the Diary. It was especially during the visit to Cheltenham that she became better acquainted with him. More than at Windsor they could find opportunities to talk together. He read aloud to her and it is obvious from the Diary how highly Fanny valued his company and the moral tone of his conversation. The visit to Cheltenham was the happkst period in Fanny's court career, owing to the absence of Mrs. Schwellenberg and the constant company of Colonel Digby. Whether the colonel had ever seriously thought of a marriage with Miss Burney is doubtful, but he had certainly awakened such thoughts in her. That her diary was not strictly private, but a journal written to Susan and probably also meant for some other intimate friends, accounts for the fact that she does not express those thoughts. Another reason for not writing down her feelings in thk case and even hardly admitting them to herself, was the recent death of the colonel's first wife. She only mentions him as a friend. When he took leave of her at Cheltenham, she wrote in her diary:

"He left me firmly impressed with a belief that I shall find in him a true, an honourable, and even an affectionate friend for life."1

But her disappointment when the future marriage of Colonel Digby with Miss Gunning (Miss Fuzilier in the Diary) was mentioned is evident. In an unpublished portion of the Burney MSS. there is the following comment by Fanny on the rumour of Colonel Digby's marriage: "I feit there could be no medium between the utter falsehood of the report, or the total reverse of that bask of honour and goodness on which my friendship had been built, and I found not even the power to hesitate which must be given up."