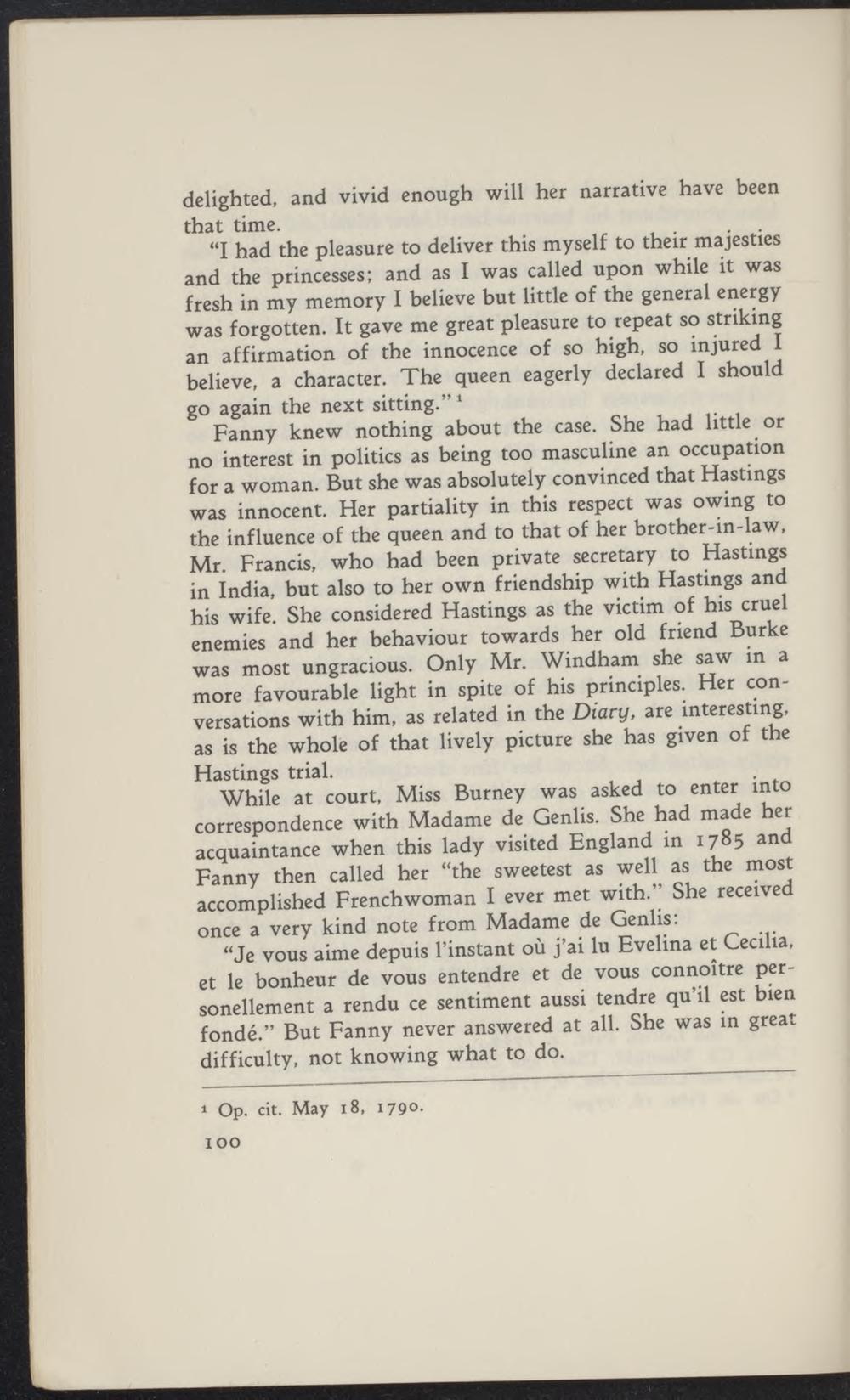 delighted, and vivid enough will her narrative have been

"I had the pleasure to deliver this myself to their majesties and the princesses; and as I was called upon while it was fresh in my memory I believe but little of the general energy was forgotten. It gave me great pleasure to repeat so strikmg an affirmation of the innocence of so high, so injiired I believe, a character. The queen eagerly declared I should go again the next sitting."1

Fanny knew nothing about the case. She had little or no interest in politics as being too masculine an occupation for a woman. But she was absolutely convinced that Hastings was innocent. Her partiality in this respect was owing to the influence of the queen and to that of her brother-in-law, Mr Francis, who had been private secretary to Hastings in India, but also to her own friendship with Hastings and his wife. She considered Hastings as the victim of hisi cruel enemies and her behaviour towards her old friend Burke was most ungracious. Only Mr. Windham she saw in a more favourable light in spite of his principles. Her conversations with him, as related in the Diary, are interestmg, as is the whole of that lively picture she has given of the Hastings trial.

While at court, Miss Burney was asked to enter into correspondence with Madame de Genlis. She had made her acquaintance when this lady visited England in 1785 and Fanny then called her "the sweetest as well as the most accomplished Frenchwoman I ever met with." She received once a very kind note from Madame de Genl*: