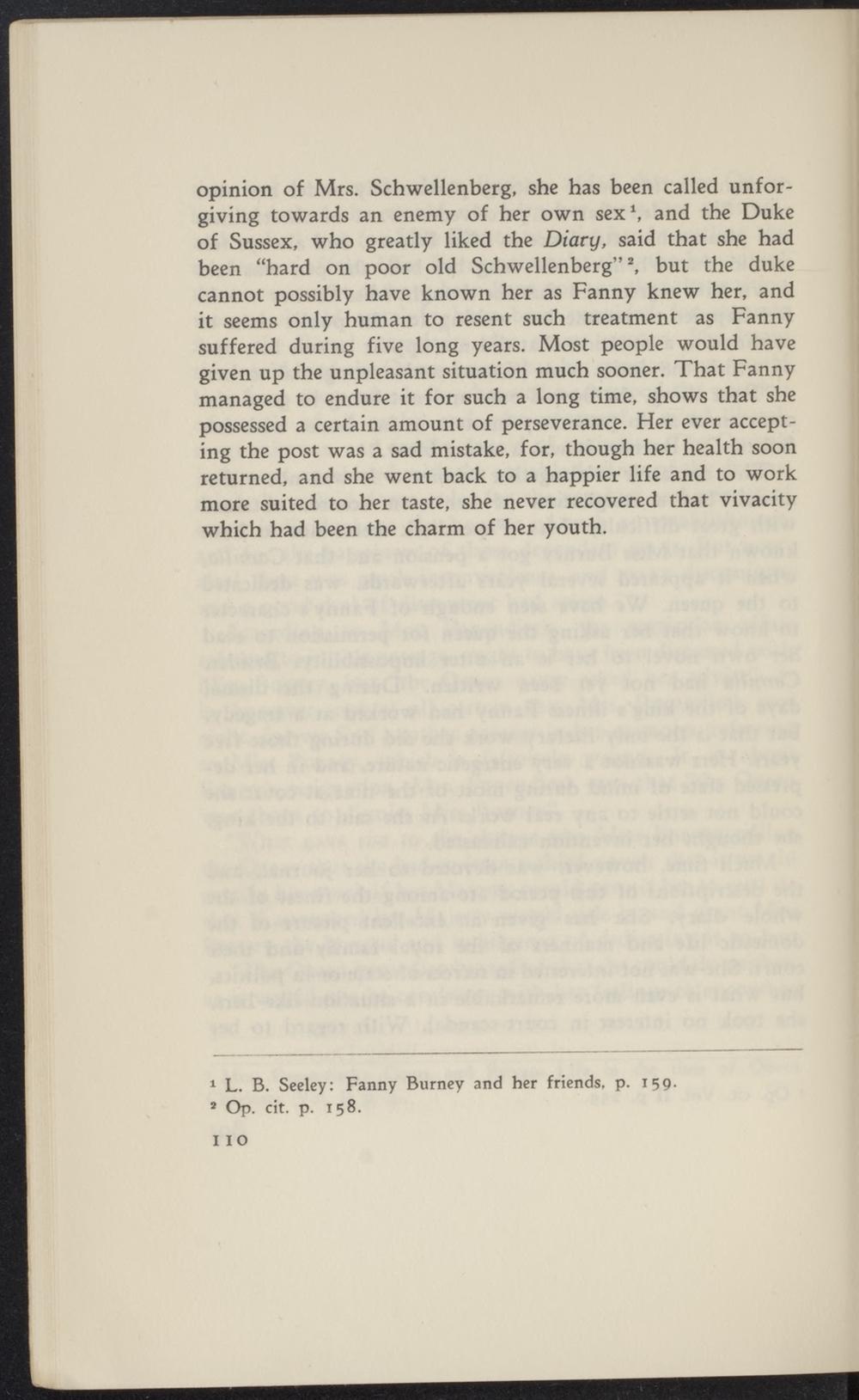 opinion of Mrs. Schwellenberg, she has been called unforgiving towards an enemy of her own sex1, and the Duke of Sussex, who greatly liked the Diary, said that she had been "hard on poor old Schwellenberg" \ but the duke cannot possibly have known her as Fanny knew her, and it seems only human to resent such treatment as Fanny suffered during five long years. Most people would have given up the unpleasant situation much sooner. That Fanny managed to endure it for such a long time, shows that she possessed a certain amount of perseverance. Her ever accepting the post was a sad mistake, for, though her health soon returned, and she went back to a happier life and to work more suited to her taste, she never recovered that vivacity which had been the charm of her youth.