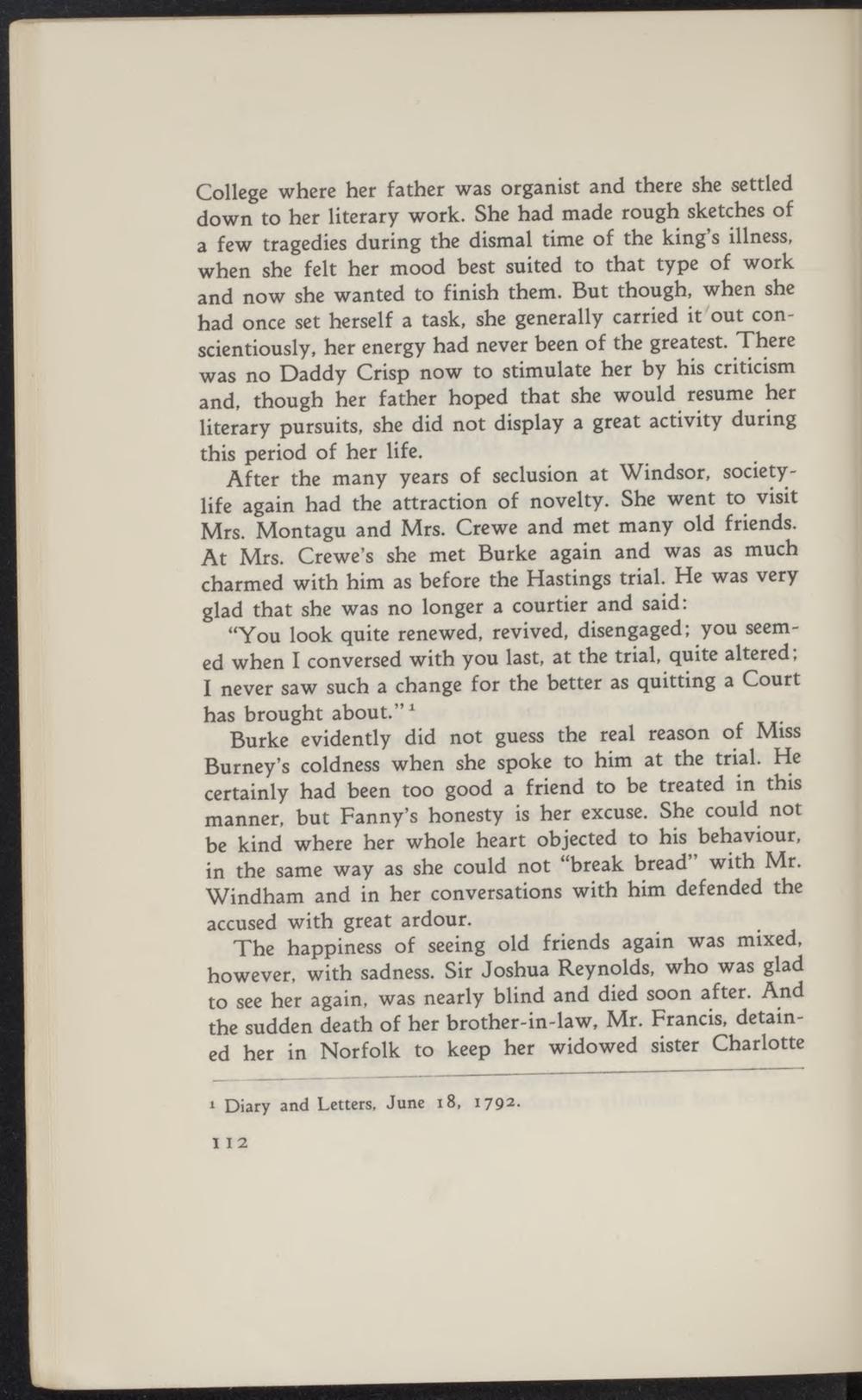 College where her father was organist and there she settled down to her literary work. She had made rough sketches of a few tragedies during the dismal time of the king's illness, when she feit her mood best suited to that type of work and now she wanted to finish them. But though, when she had once set herself a task, she generally carried it'out conscientiously, her energy had never been of the greatest, Thm was no Daddy Crisp now to stimulate her by his criticism and, though her father hoped that she would resumé her literary pursuits, she did not display a great activity during this period of her life;

After the many years of seclusion at Windsor, societylife again had the attraction of novelty. She went to visit Mrs. Montagu and Mrs. Crewe and met many old friends. At Mrs. Crewe's she met Burke again and was as much charmed with him as before the Hastings trial. He was very glad that she was no longer a courtier and said:

"You look quite renewed, revived, disengaged; you seemed when I conversed with you last, at the trial, quite altered; I never saw such a change for the better as quitting a Court has brought about."1

Burke evidently did not guess the real reason of Miss Burney's coldness when she spoke to him at the trial. He certainly had been too good a friend to be treated in this manner, but Fanny's honesty is her excuse. She could not be kind where her whole heart objected to his behaviour, in the same way as she could not "break bread" with Mr. Windham and in her conversations with him defended the accused with great ardour.

The happiness of seeing old friends again was mixed, however, with sadness. Sir Joshua Reynolds, who was glad to see her again, was nearly blind and died soon after. And the sudden death of her brother-in-law, Mr. Francis, detained her in Norfolk to keep her widowed sister Charlotte