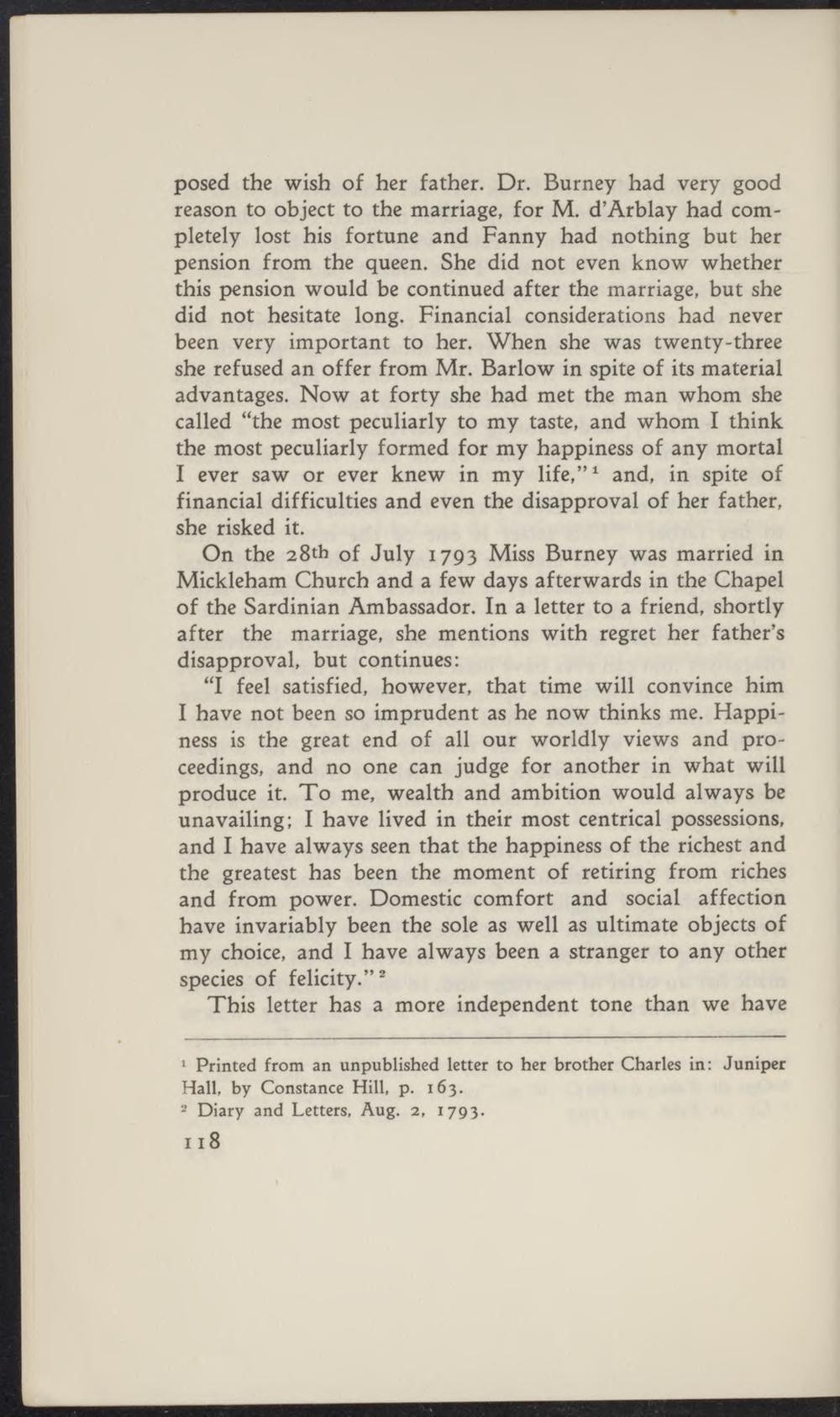 posed the wish of her father. Dr. Burney had very good reason to object to the marriage, for M. d'Arblay had completely lost his fortune and Fanny had nothing but her pension from the queen. She did not even know whether this pension would be continued after the marriage, but she did not hesitate long. Financial considerations had never been very important to her. When she was twenty-three she refused an offer from Mr. Barlow in spite of its material advantages. Now at forty she had met the man whom she called "the most peculiarly to my taste, and whom I think the most peculiarly formed for my happiness of any mortal I ever saw or ever knew in my life,"1 and, in spite of financial difficulties and even the disapproval of her father, she risked it.

On the 28th of July 1793 Miss Burney was married in Mickleham Church and a few days afterwards in the Chapei of the Sardinian Ambassador. In a letter to a friend, shortly after the marriage, she mentions with regret her father's disapproval, but continues:

"I feel satisfied, however, that time will convince him I have not been so imprudent as he now thinks me. Happiness is the great end of all our worldly views and proceedings, and no one can judge for another in what will produce it. To me, wealth and ambition would always be unavailing; I have lived in their most centrical possessions, and I have always seen that the happiness of the richest and the greatest has been the moment of retiring from riches and from power. Domestic comfort and social affection have invariably been the sole as well as ultimate objects of my choice, and I have always been a stranger to any other species of felicity."*

This letter has a more independent tone than we have

1 Printed from an unpublished letter to her brother Charles in: Juniper Hall, by Constance HUI, p. 163.