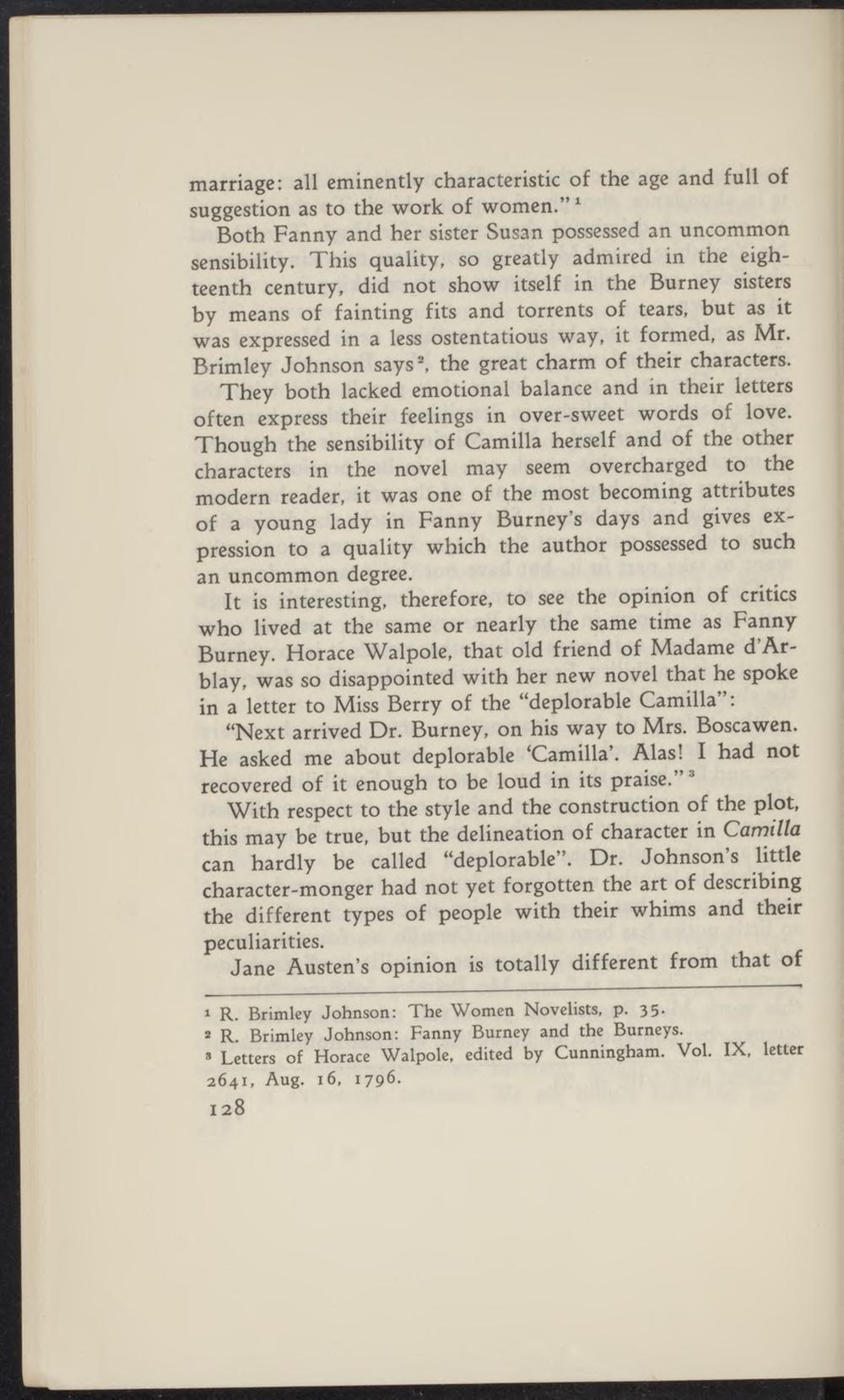 marriage: all eminently characteristic of the age and full of suggestion as to the work of women."1

Both Fanny and her sister Susan possessed an uncommon sensibility. This quality, so greatly admired in the eighteenth century, did not show itself in the Burney sisters by means of fainting fits and torrents of tears, but as it was expressed in a less ostentatious way, it formed, as Mr. Brimley Johnson says1, the great charm of their characters.

They both lacked emotional balance and in their letters often express their feelings in over-sweet words of love. Though the sensibility of Camilla herself and of the other characters in the novel may seem overcharged to the modern reader, it was one of the most becoming attributes of a young lady in Fanny Burney's days and gives expression to a quality which the author possessed to such an uncommon degree.

It is interesting, therefore, to see the opinion of critics who lived at the same or nearly the same time as Fanny Burney. Horace Walpole, that old friend of Madame d'Arblay, was so disappointed with het new novel that he spoke in a letter to Miss Berry of the "deplorable Camilla":

"Next arrived Dr. Burney, on his way to Mrs. Boscawen. He asked me about deplorable 'Camilla'. Alas! I had not recovered of it enough to be loud in its praise." *

With respect to the style and the construction of the plot, this may be true, but the delineation of character in Camilla can hardly be called "deplorable". Dr. Johnson's little character-monger had not yet forgotten the art of describing the different types of people with their whims and their peculiarities.

Jane Austen's opinion is totally different from that of