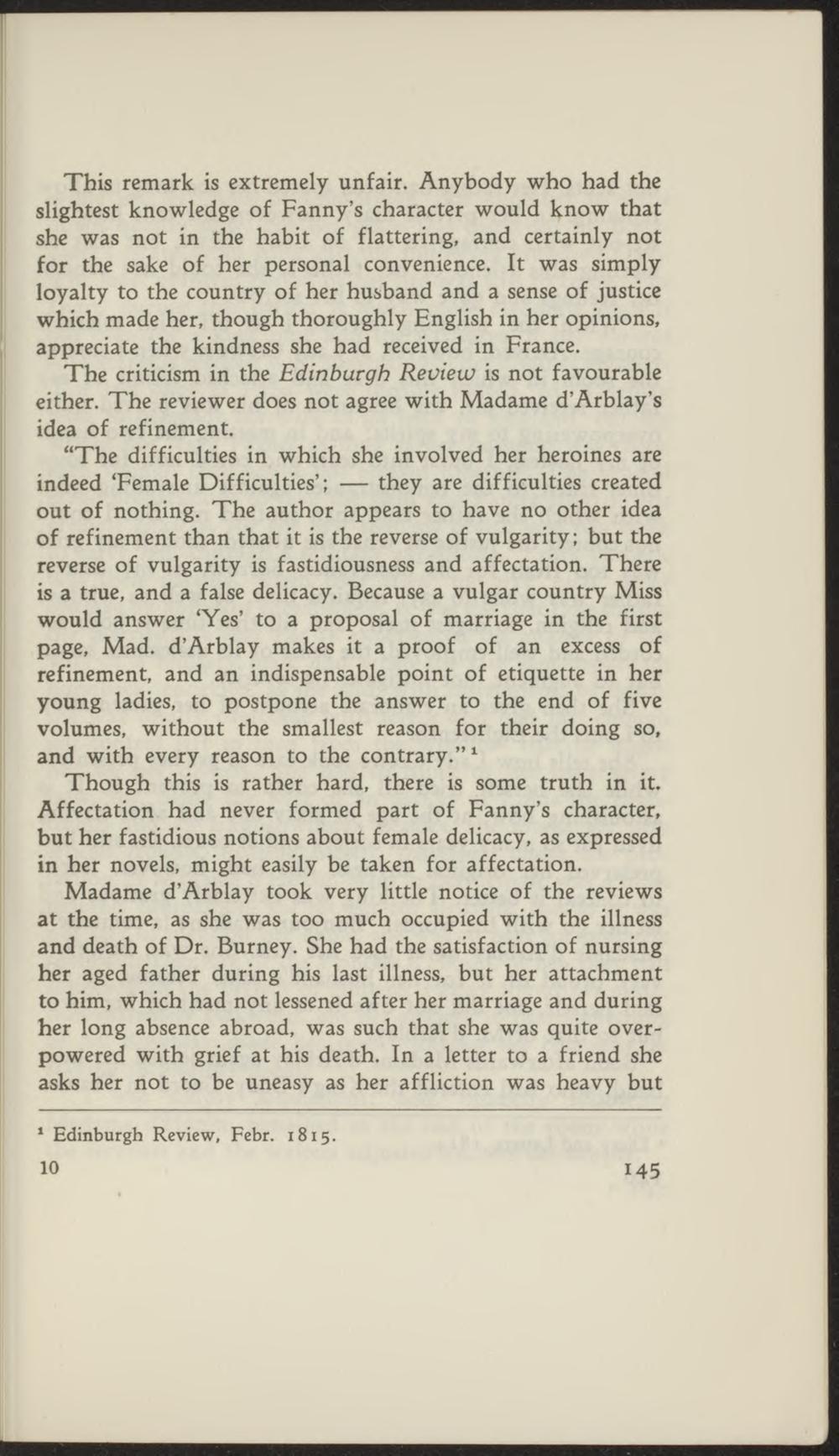 This remark is extremely unfair. Anybody who had the slightest knowledge of Fanny's character would know that she was not in the habit of flattering, and certainly not for the sake of her personal convenience. It was simply loyalty to the country of her hushand and a sense of justice which made her, though thoroughly English in her opinions, appreciate the kindness she had received in France.

The criticism in the Edinburgh Review is not favourable either. The reviewer does not agree with Madame d'Arblay's idea of refinement.

"The difficulties in which she involved her heroines are indeed 'Female Difficulties'; — they are difficulties created out of nothing. The author appears to have no other idea of refinement than that it is the reverse of vulgarity; but the reverse of vulgarity is fastidiousness and affectation. There is a true, and a false delicacy. Because a vulgar country Miss would answer 'Yes' to a proposal of marriage in the first page, Mad. d'Arblay makes it a proof of an excess of refinement, and an indispensable point of etiquette in her young ladies, to postpone the answer to the end of five volumes, without the smallest reason for their doing so, and with every reason to the contrary."1

Though this is rather hard, there is some truth in it. Affectation had never formed part of Fanny's character, but her fastidious notions about female delicacy, as expressed in her novels, might easily be taken for affectation.

Madame d'Arblay took very little notice of the reviews at the time, as she was too much occupied with the illness and death of Dr. Burney. She had the satisfaction of nursing her aged father during his last illness, but her attachment to him, which had not lessened after her marriage and during her long absence abroad, was such that she was quite overpowered with grief at his death. In a letter to a friend she asks her not to be uneasy as her affliction was heavy but