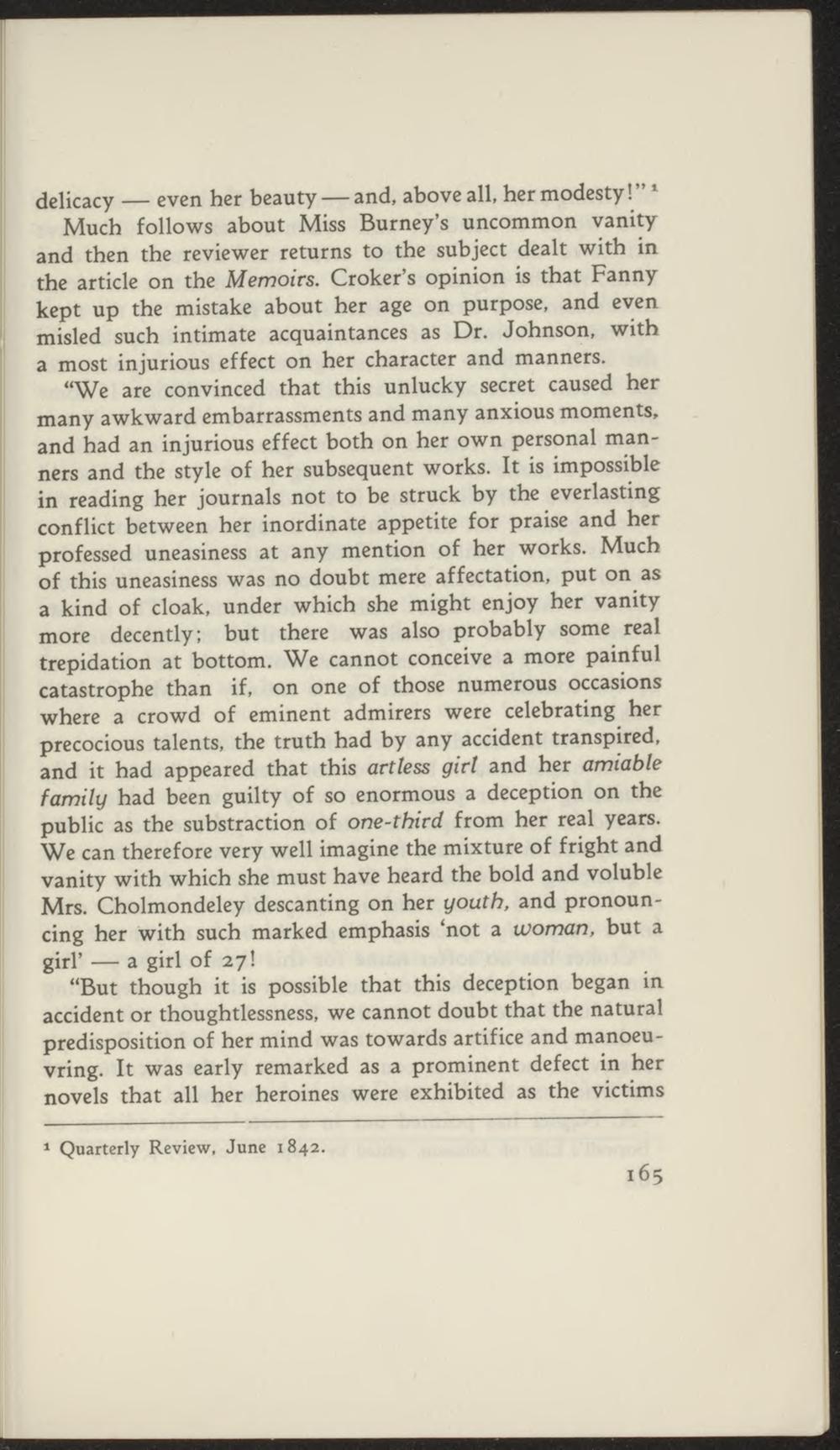 delicacy — even her beauty — and, above all, her modesty!"1 Much follows about Miss Burney's uncommon vanity and then the reviewer returns to the subject dealt with in the article on the Memoirs. Croker's opinion is that Fanny kept up the mistake about her age on purpose, and even misled such intimate acquaintances as Dr. Johnson, with a most injurious effect on her character and manners.

"We are convinced that this unlucky secret caused her many awkward embarrassments and many anxious moments, and had an injurious effect both on her own personal manners and the style of her subsequent works. It is impossible in reading her journals not to be struck by the everlaating conflict between her inordinate appetite for praise and her professed uneasiness at any mention of her works. Much of this uneasiness was no doubt mere affectation, put on as a kind of cloak, under which she might enjoy her vanity more decentlyj but there was also probably some real trepidation at bottom. We cannot conceive a more painful catastrophe than if, on one of those numerous occasions where a crowd of eminent admirers were celebrating her precocious talents, the truth had by any accident transpired, and it had appeared that this arttess girl and her amiable family had been guilty of so enormous a deception on the public as the substraction of one-third from her real years. We can therefore very well imagine the mixture of fright and vanity with which she must have heard the bold and voluble Mrs. ChoJmondeley descanting on her youth, and pronouncing her with such marked emphasis 'not a woman, but a gkl' — a girl of 27!

"But though it is possible that this deception began in accident or thoughtlessness, we cannot doubt that the natural predisposition of her mind was towards artifice and manoeuvring. It was early remarked as a prominent defect in her novels that all her heroines were exhibited as the victims